As we move through these photographs bits of the Carbon can, in isolation, look a bit jumbled. Stripes here, dark grey there, carbon somewhere else, but when you look at it here you can see how it all flows together nicely. The lines that take you from the chipset heatsink towards 10 o'clock work nicely with the ones going out towards 9 o'clock. This is the 8:50pm motherboard. 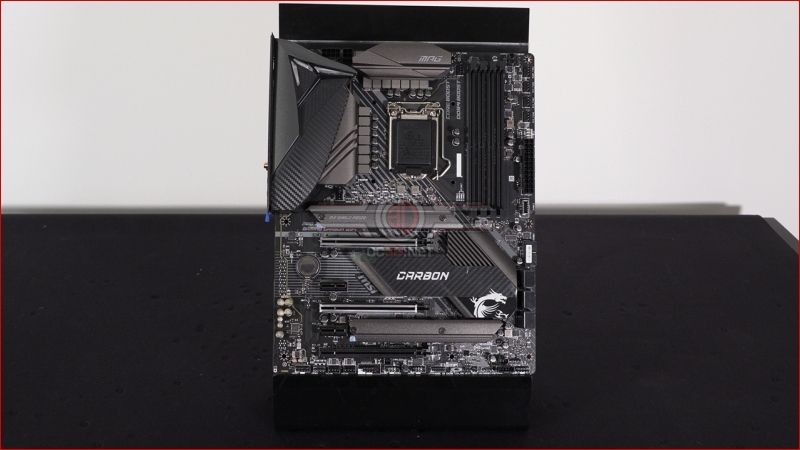 The top end of the MPG Carbon is very nice. Just enough carbon effect to live up to its name, but without turning into a gaudy pretender. We especially like the contrast between the gun-metal grey of the heatsinks and the carbon on the IO/Heatsink combo. 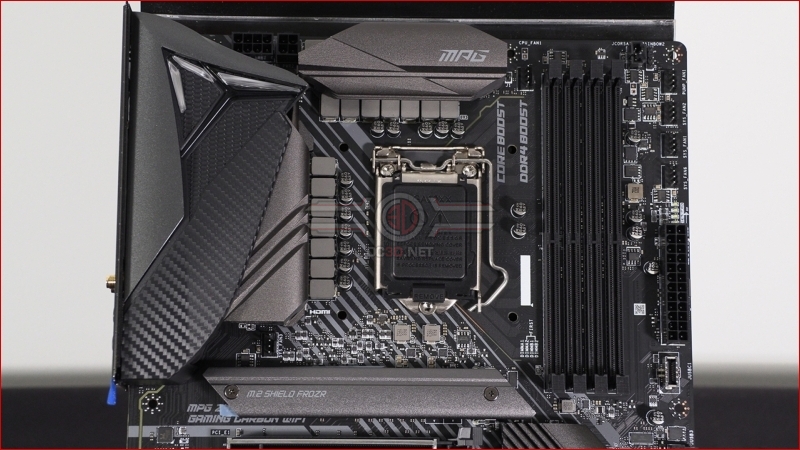 We know we make a lot of fuss over the motherboard coverings that have become in vogue, but when you look at how busy the bottom of the Carbon is - and we're not pointing fingers just using it as an example - you can see what we mean. The middle bit, covered by the Carbon identifier, is just much cleaner looking. With the two M.2 heatspreaders it looks like a side on, top down view of the Enterprise. Or maybe I'm tired. 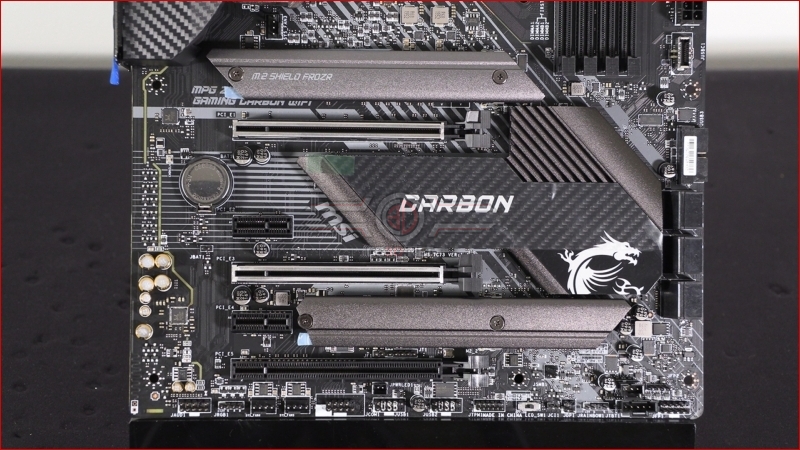 So far in the 7 previews I've written it is clear that the high end boards have an 8+8 arrangement, the more affordable ones an 8+4, and the Carbon is firmly in the 8+4. More than enough power for usable overclocking efforts, without breaking the bank on more power than you'll ever utilise. 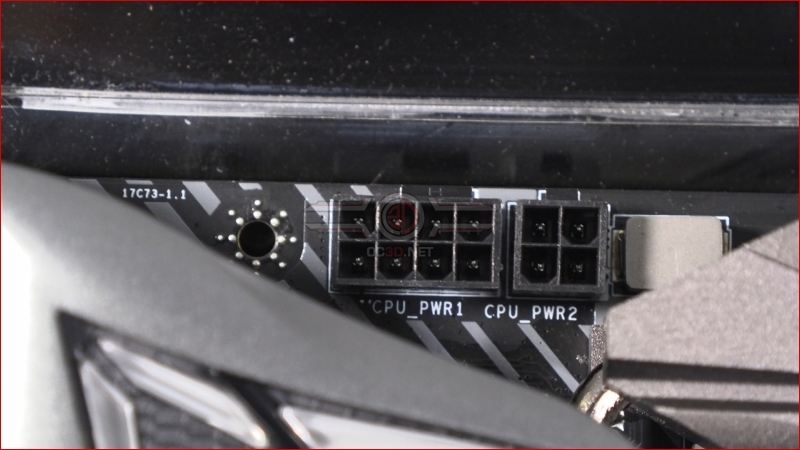 The CPU power is never an interesting bit, beyond how much power a motherboard can take, but the top right is where all the business happens. The Carbon has five fan headers in this small photograph, moving from a CPU fan on the left, to a Pump/Fan at the top right, and then three case fans. Between those are the Corsair and Rainbow RGB headers for your lighting efforts. 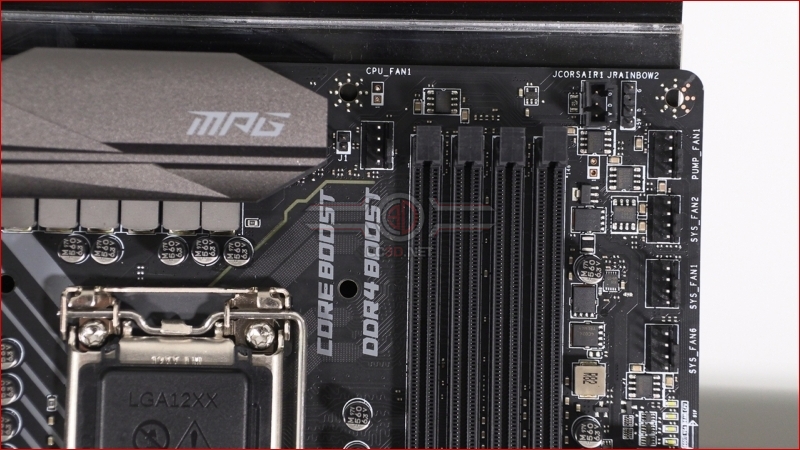 As we move down the side of the Carbon we find, from top to bottom, a USB 3.2 Gen2 header for those of you with the latest cases, followed by a USB 3.1 for those of you with favourite old ones. Below that the endlessly popular 6Gbps SATA ports, here in a quantity of six. I can't be the only person with a SSD which is so old it's testing the limits of the manufacturers MTBF rating? 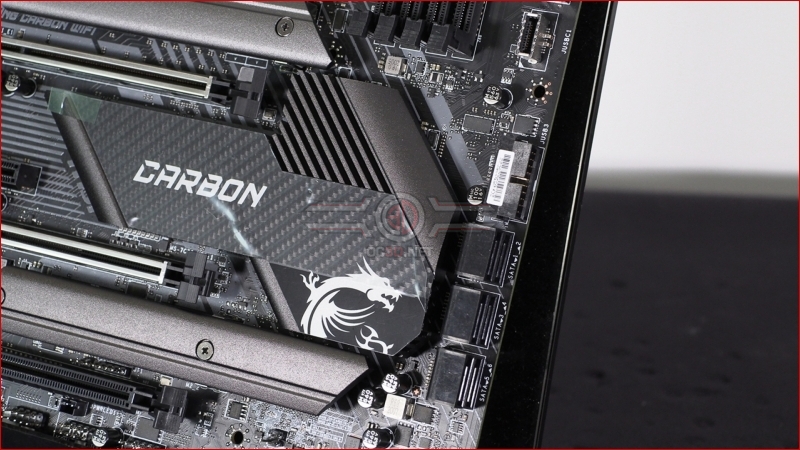