Starting as always with the top left and the now-common 8+8 12V CPU power input. It's one of those things that's a tell-tale for how far performance has come recently that more motherboards have 8+8 than don't. Then again beneath that cooler is a 19+1+1 105A Power Stage. The kind of power usually reserved for the Three Gorges Dam. 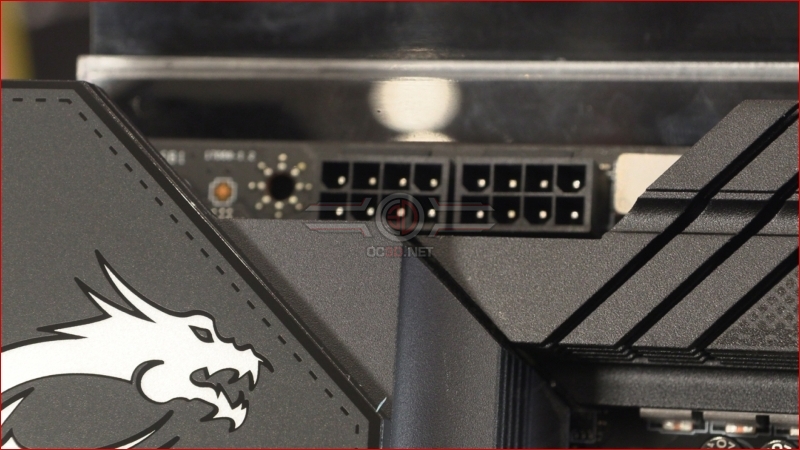 MSI have committed to your CPU cooling needs, with a dedicated Pump header and three fan headers clustered around the 7 segment POST display. 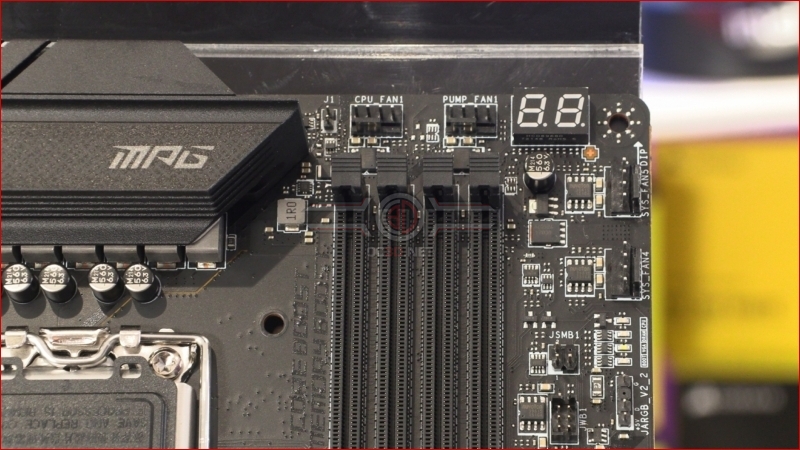 As well as showing off the Carbon chipset heatsink that lists all the key features of the Z790 chipset, you can see the two front panel USB options, both Type-A and Type-C. 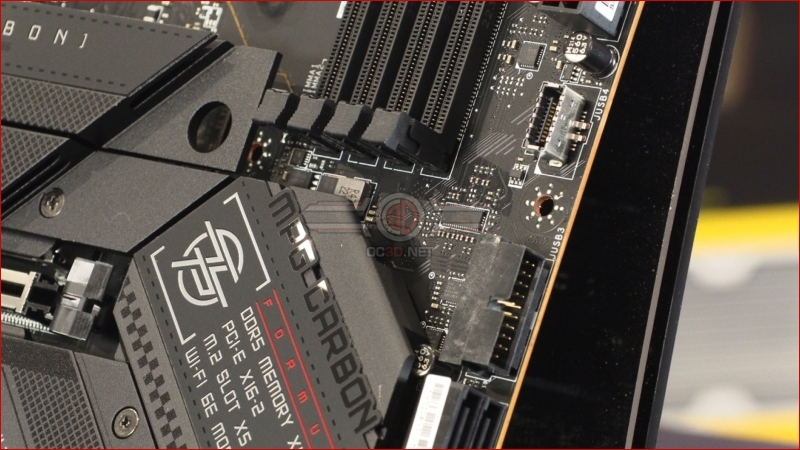 The combination of increased affordability and capacity that SSDs have undergone since they first appeared mean that many of us have a few SSDs on hand. 120GB when they launched was more than a 1TB is now, so having six SATA ports to transfer them to your new Intel rig is a nice touch. 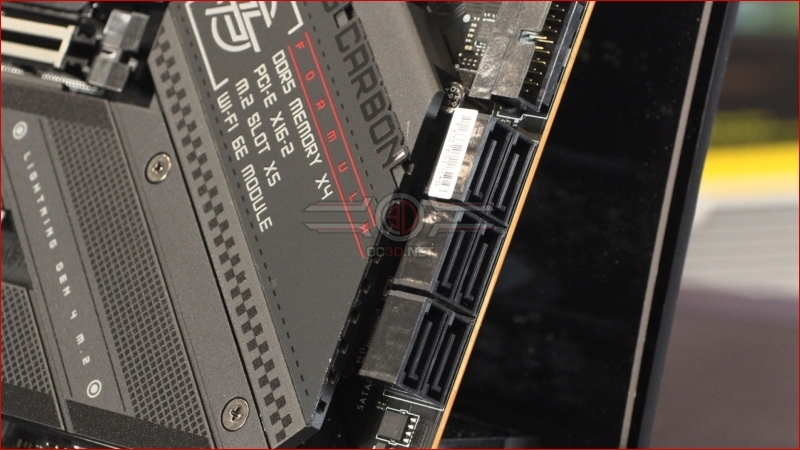 The bottom right corner contains the front panel header, two front panel USB 2.0 for your AIO RGB control and two more system fan headers. We also like the LED On/Off switch if you're someone who really despises in-case lighting. 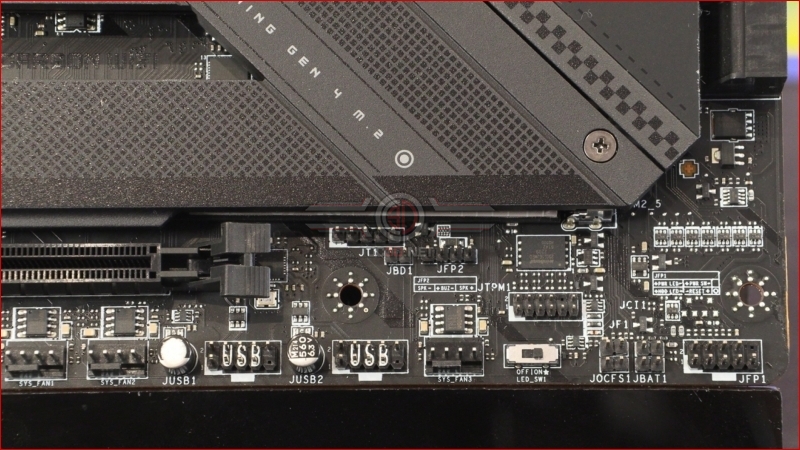 Lastly around the perimeter are the two ARGB/RGB headers for the Mystic Light system. The use of black plastic instead of white helps hide them if you're not utilising them. 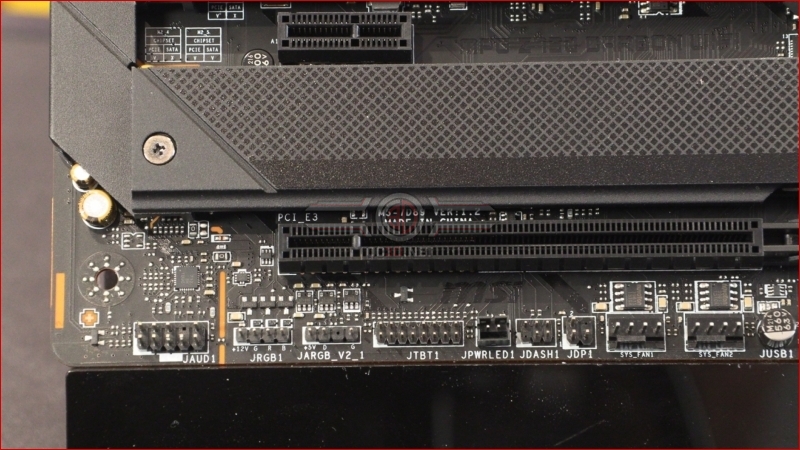 A closer look at the chunky M.2 heat spreaders and the serious heatsink covering those 19+1+1 Power Stages. Beefier than gravy. 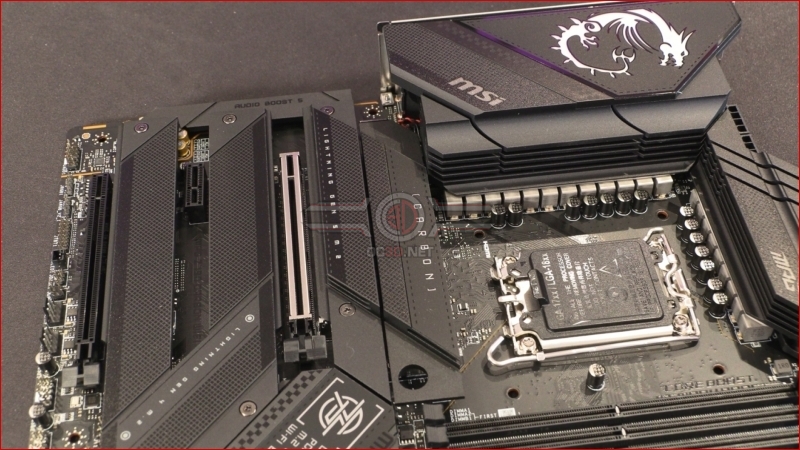 There is a whole ton of USB ports on the Z790 Carbon. We have 2 USB 3.2 G2x2 Type-C, a raft of regular Type-A USB 3.2G2 as well as a smattering of G1. A single DisplayPort caters to those of you who run without GPUs, whilst networking combines the Intel 2.5G Ethernet and Intel WiFi 6E. 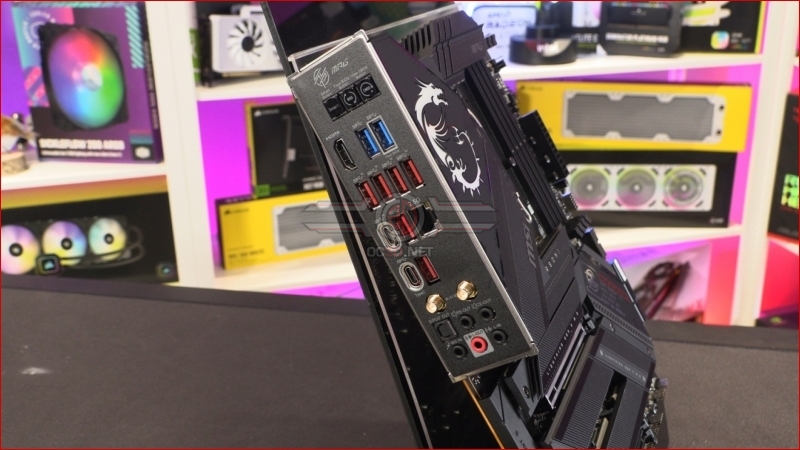 ET3D
I'd like to understand why you didn't provide even one full review of an AM5 motherboard until now, but you've done full reviews of several Z790 boards on day 1.Quote

AlienALX
Quote:
You can only review what you have to review.Quote

Considering that the other motherboard previews also had photos which indicated that OC3D had the motherboards, and yet only posted 3 page previews instead of full reviews like the Z790 motherboards got, the question still remains.Quote

MiNo
Thanks for posting the price; that saves me from reading on.

I might not get away with it, but more than /$ 200 for a board just seems excessive outside of specialized workstations or servers.Quote
Reply