Having expressed our liking for a white motherboard, and MSI having gone to a lot of trouble to produce one, it's slightly odd that they've put slashes of grey across the PCB. Why not go all-in on the white? Go big or go home. Hmm. Anyway maybe you like the grey slashes. Although if we're being stupidly picky, why aren't all the plastics white as well? We're sure Foxconn or whomever supplies MSI with their plastics must have some white ones in the drawer.

We do like the combination of very light silver with the white on the heatsinks though. They match up to the embossed text to give the whole motherboard a very classy look. 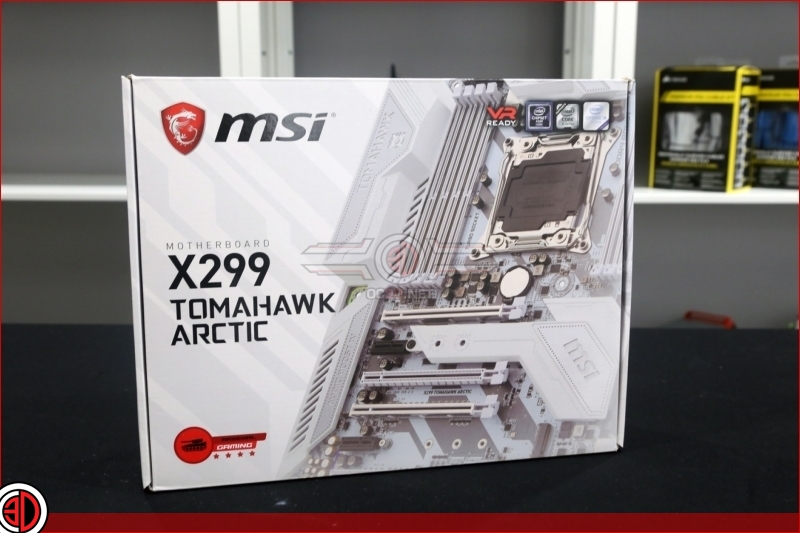 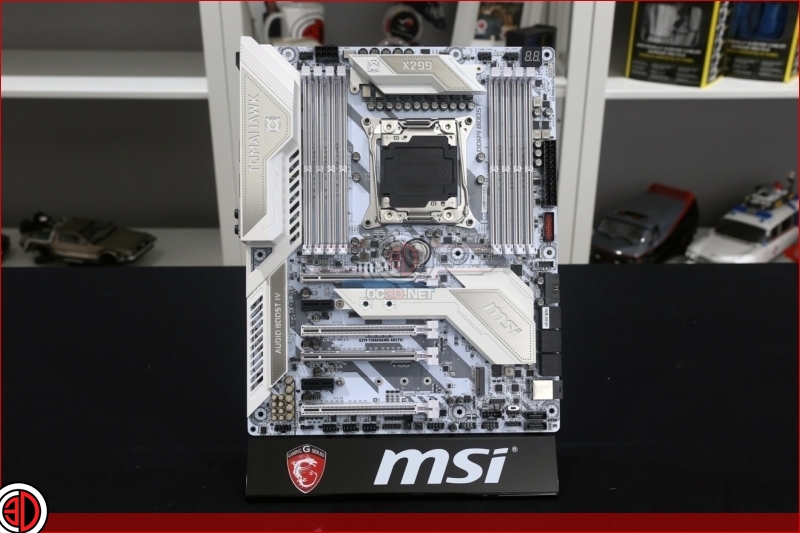 The reinforced slots have appeared in force in recent months, with nearly every motherboard we can think of including them. Curiously the Tomahawk Arctic has four PCI Express 3.0 slots, but only two of them are reinforced. We know most of us only run one graphics card, much less two, so the odds of someone filling three of them is slender, and if you do you'll probably buy one of the higher end motherboards like the insane MSI XPOWER AC.

Below the PCI Express slots are lots of headers for everything from RGB strips to USB headers as well as power and reset buttons for those of us who have to do a lot of tinkering. 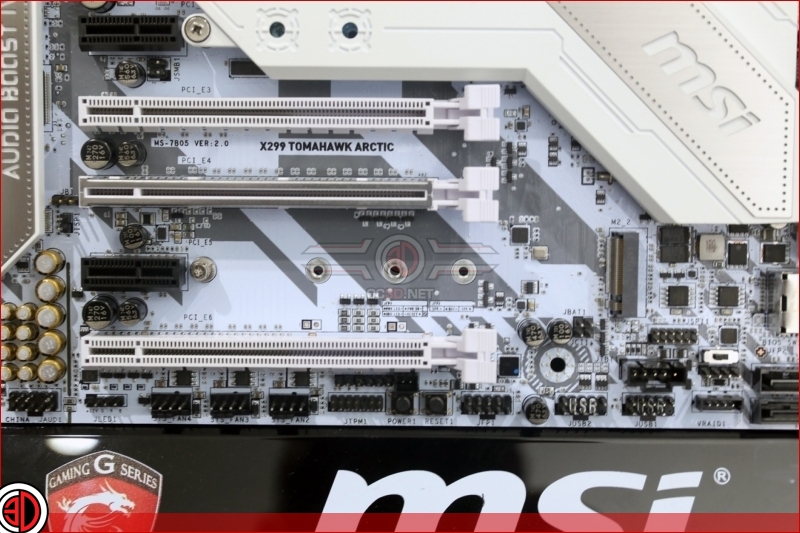 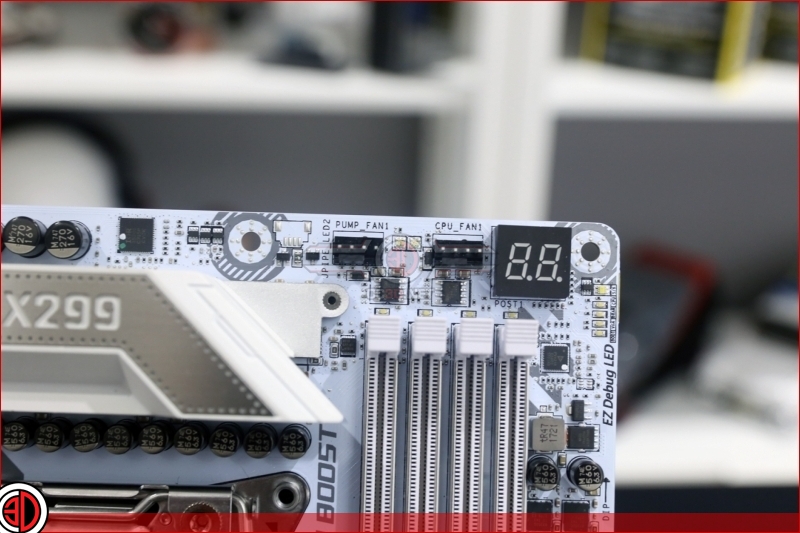 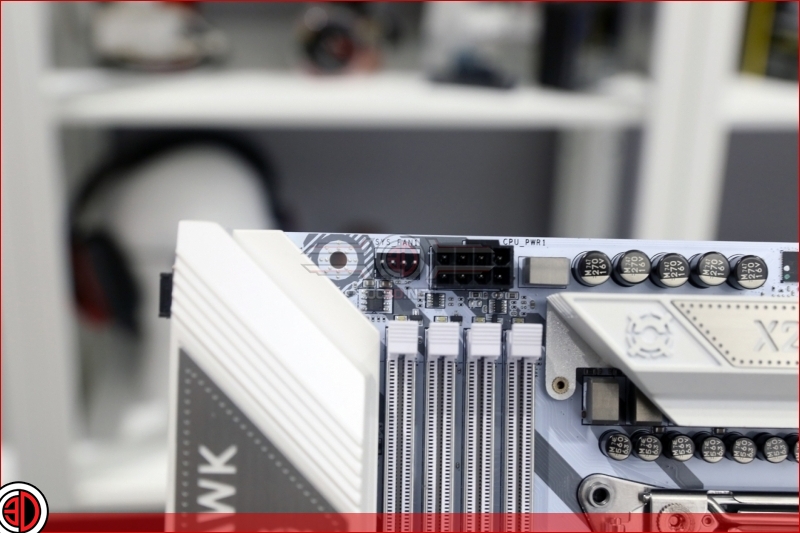 We've popped the heat sink from the VRM's because despite looking like 8 phases its actually 4 doubled up and there is a complicated cluster of high and low VRM's that we are waiting on MSI to give us the full run down on ready for the main review. 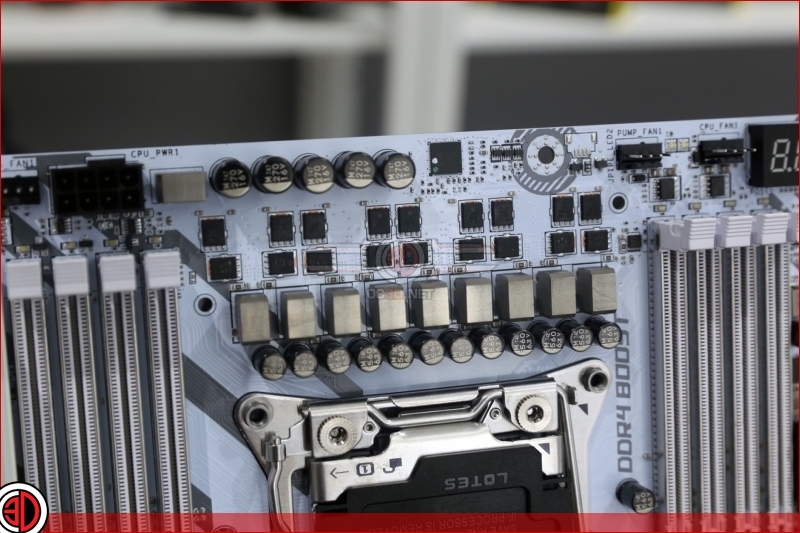 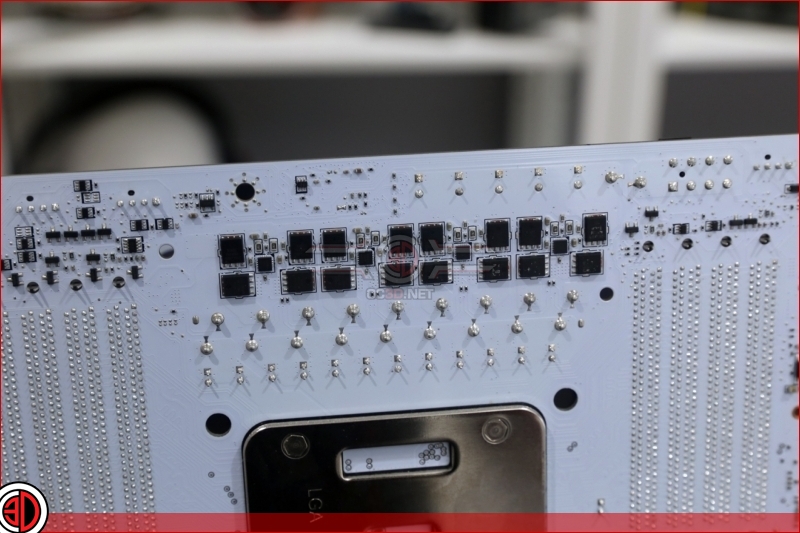 Lastly the six horizontal SATA ports sit above two vertical ones, alongside the U.2 port on one side and the front panel USB 3.0 and 3.1 connectors at the other side.

Soon we'll bring you the full benchmark review of the X299 Tomahawk Arctic but until then let us know what you think on the always open, ever friendly OC3D Forums. 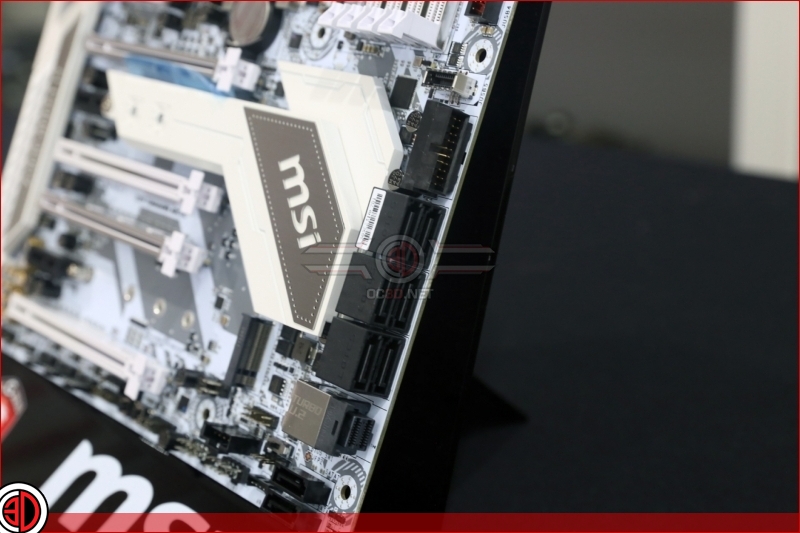