There is no doubt that the MSI Z590-A Pro punches above its weight when it comes to connectivity. The main difference between a B chipset motherboard and the full Z is usually found in the amount of things you can plug in, and this also applies to the comparison between products such as the Z590-A Pro and, for example, the MSI Z590 MEG Ace. However, we were pleasantly surprised with what the Z590-A Pro brings to the party, particularly when you consider that it costs the same price as the Core i5-11400 we love so much.

When the Rocket Lake was first mooted the idea of being able to get a hugely capable gaming CPU and put it into a full fat Z590 chipset equipped motherboard for under £350 seemed like madness. Hell the MEG Ace alone costs more than this i5-11400/Z590-A Pro and some decent DDR4 would cost. Yes the Ace has more features, but does it have more that you'd actually use? For a gaming platform we seriously doubt it, and although the looks might be a little divisive we've at least come a long way from the days when the affordable motherboards came with 7 different coloured plastics on a bright blue PCB. Once it's stuffed full of hardware you won't notice anyway, should you be in the "not my cup of tea" camp.

The MSI Z590-A Pro proves it's possible to get all the benefits of the latest Intel Chipset and all it's PCI Express 4.0 speed without scratching the bank, let alone breaking it. 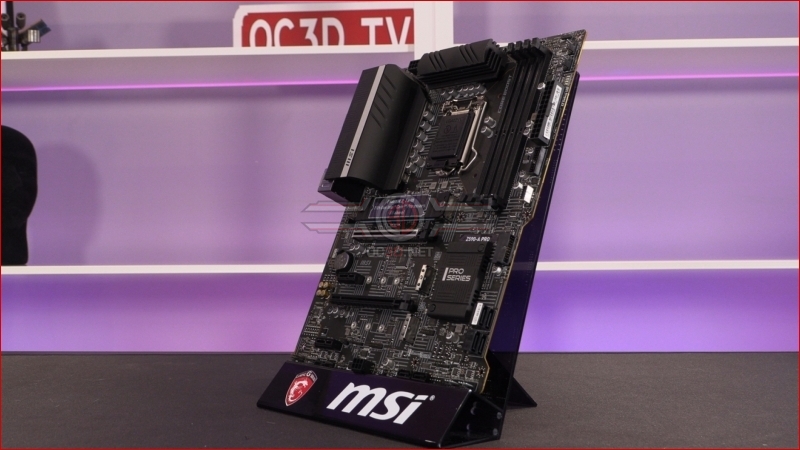 Peace Đ
I've never seen a PCIe PWR connector directly on the board itself. What is that for? Additional power supply if you're overclocking your GPU? Does it need to be connected for "regular" use?

Also, I haven't built a new PC for a long time. Do you have to plug in both 8 AND 4 pin CPU inputs or is the 8 pin enough when using an i5 or i7 without overclocking, which is what Tom's text suggests to me.Quote
Reply