The MPG Z590 Gaming Carbon box is a departure from what we normally see from MSI and we have to say we really like it. It's different to any other packaging we can think of and that means it gets a big tick. 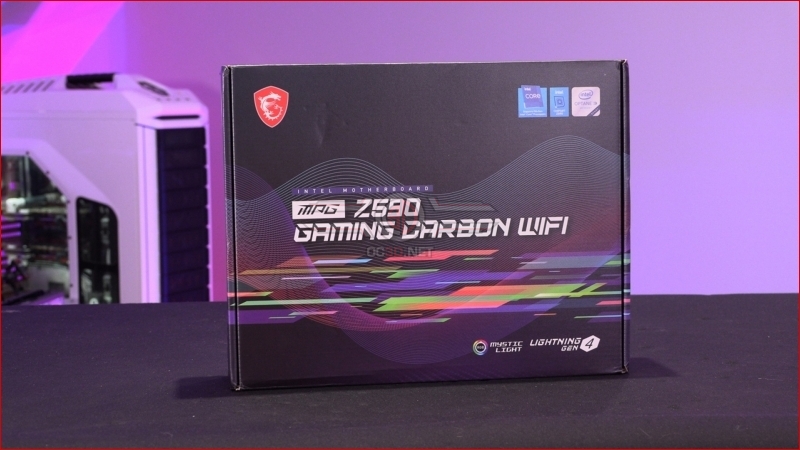 Aesthetics are very much a matter of personal taste, but the Carbon makes a bold statement. We're not all that keen on the 'vision trail' Dragon logo, but we love the heatsink design covering the power phases. Speaking of which the Carbon has 16+1+1 phases, with the 16 provided by an 8 phase parallel circuit utilising Renesas RAA220075 75A MOSFETs, the same on the GT, whilst the SA phase has an NCP252160 60 DrMOS offering on a 6 layer 2oz copper PCB. 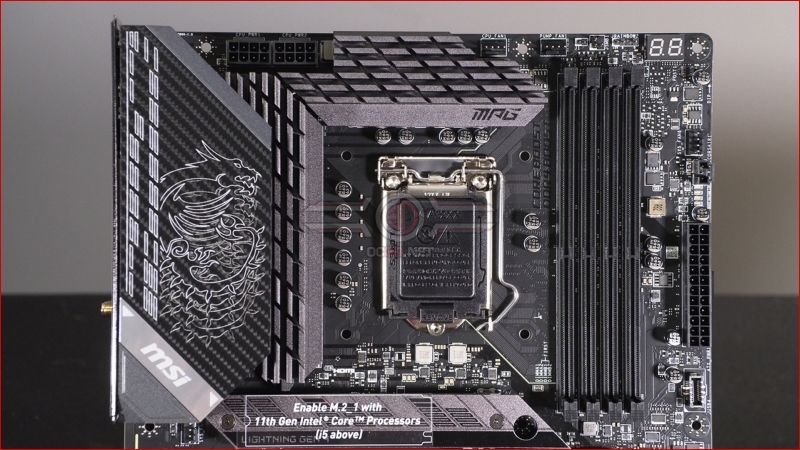 The lower side is where the PCI Express 4.0 gets to show its stuff, and the chipset heatsink continues the trail effect of the Dragon. Not really our thing but we're sure some of you are loving the looks of the Carbon. 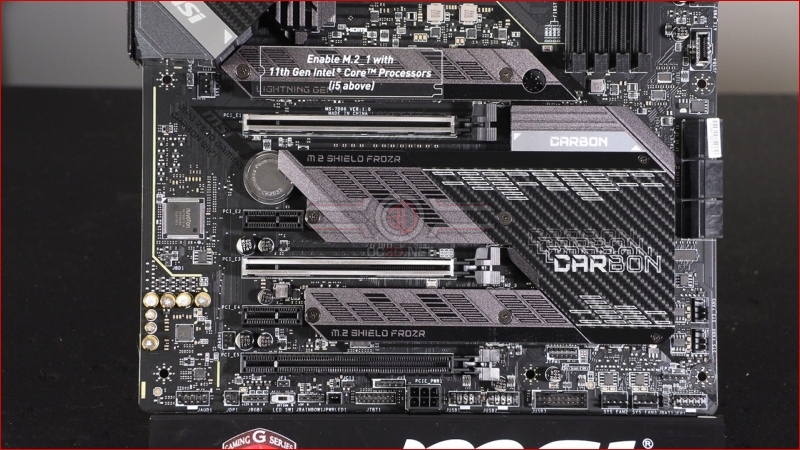 On our tour of the board we find two headers for your 1th Gen CPU cooling needs, next to an addressable RGB header as part of the MSI Mystic Light system. Moving around we have a system fan header and a connector for the Corsair technology if that's what you're utilising. 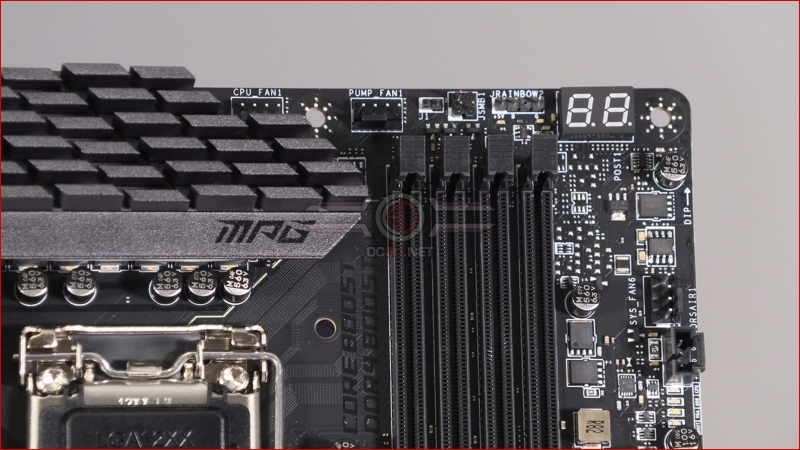 Centrally mounted is the USB Type-C front panel header, far away from its Type-A counterpart which we'll see in a moment. Below that the SATA ports, six here, for your data needs. 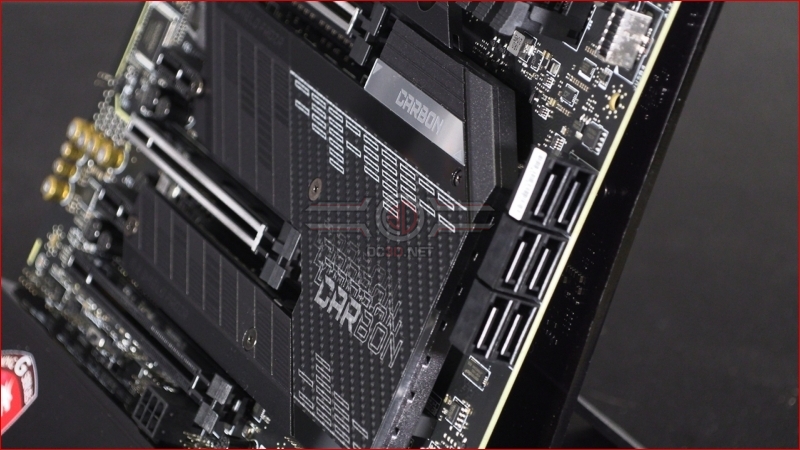 Curiously the logo in this closer view doesn't look as bad as it does in our overview shots. The Carbon also looks much better than the effect seen on older MSI Carbon models. At the bottom right we have two fan headers, with the front panel header in the very corner, and then another two system fan headers. Plenty of cooling flexibility. Lastly the Type-A USB 3.2 header sits alongside a pair of USB 2.0s. 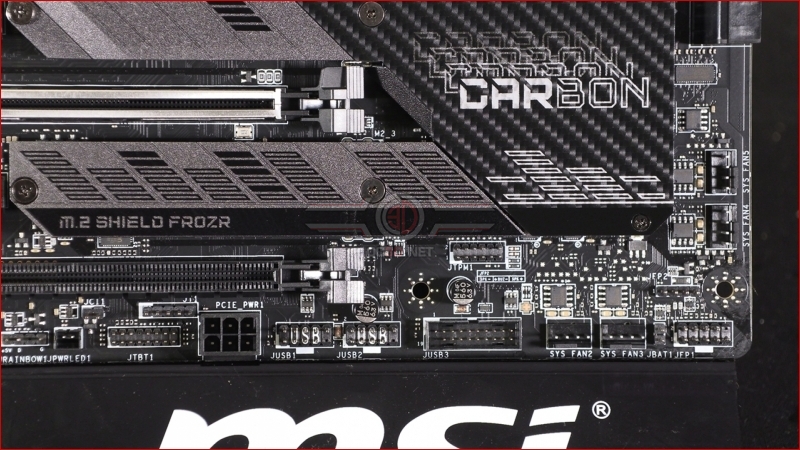 If you need more power for your PCI Express slots there is a six pin power in in the middle of the PCB. That's followed by the addressable and regular RGB headers. 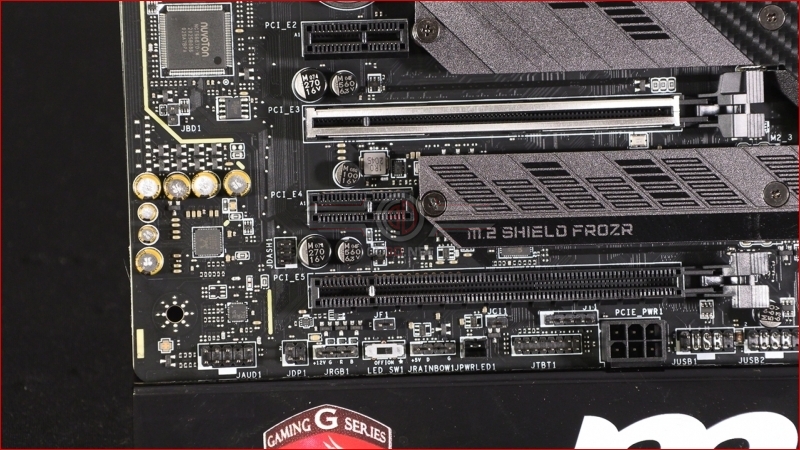 Don't you love getting stickers that partly show off the feature of your latest purchase, whilst also reminding you - if you've kept your 10th Gen CPU - that you need to buy a new CPU too. It's like advertising and guilt tripping in the same sticker. 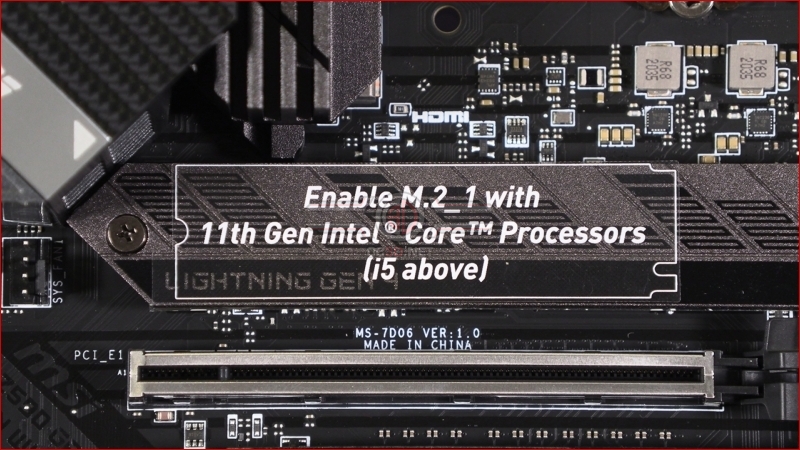 Around the back we have a much simpler IO section when compared to the Ace we'll look at on the next page. Plenty of USB 2.0 ports, five USB 3 Type-A ports and a single Type-C. Between those sit an HDMI out and fullsize DisplayPort, whilst at the lower end we have a 2.5G LAN port and the WiFi antenna connectors that give the Gaming Carbon WiFi its name. 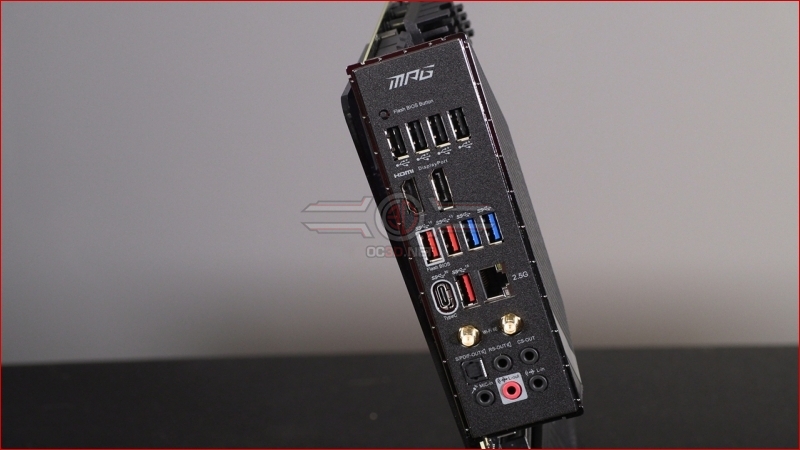