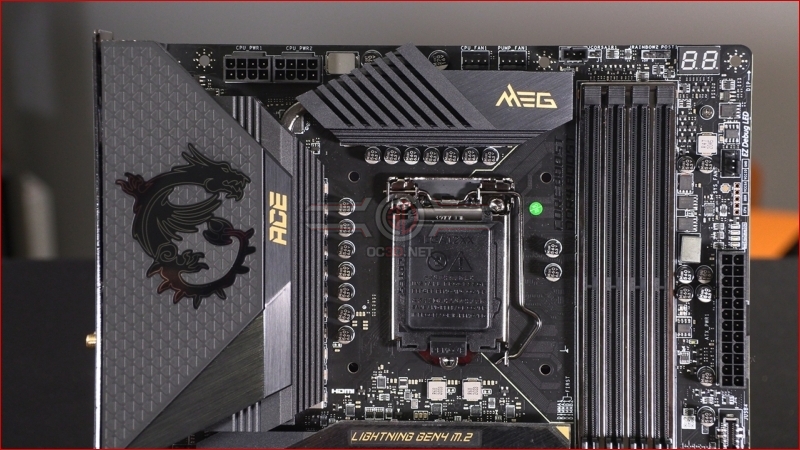 The bottom half is where the majority of the new stuff exists. We spoke at length with our Z490 previews how they appeared to be built with PCI Express 4.0 in mind, and that hard work has paid off with Intel finally catching up to AMD by adding PCIe 4.0 and all the speedy storage that provides to their newest chipset. 7GB/s storage? Yes please. 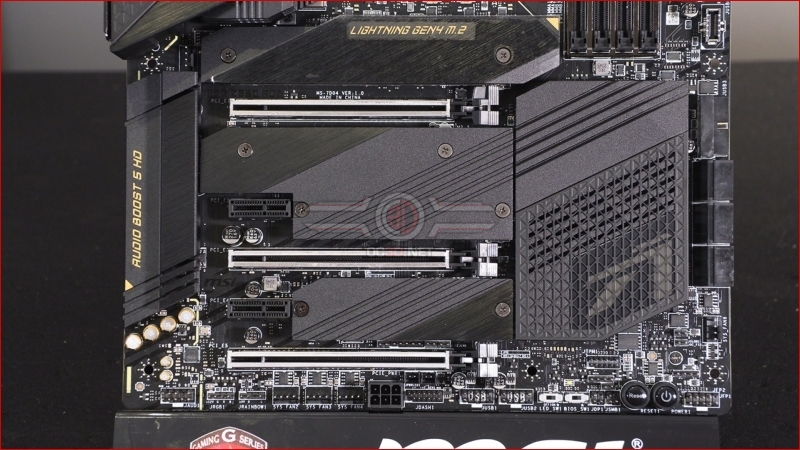 Two 8pin 12V CPU power inputs have long been the norm, and as this is the last generation of the 14nm Intel CPUs we're not surprised to see them still in place here. 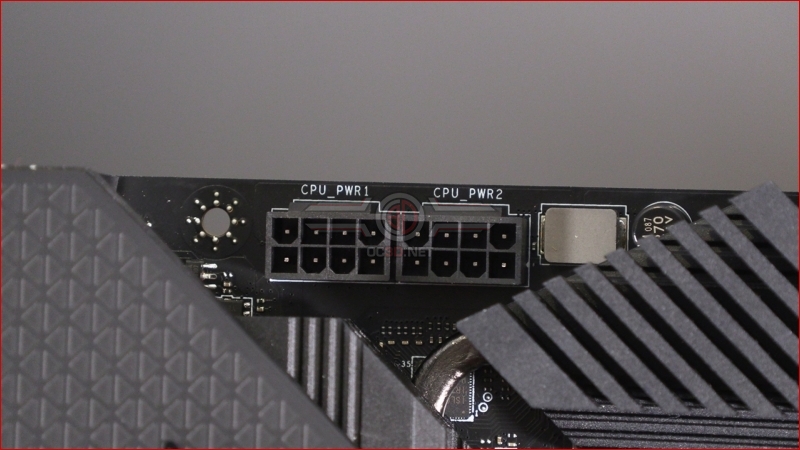 At the top right we get another close look at that lovely heatsink design covering the power. Above that, and running clockwise there are two headers for your CPU cooling, a rainbow header alongside the 7seg POST display, and lastly a system fan header sitting next to the improved speed DDR4 slots. 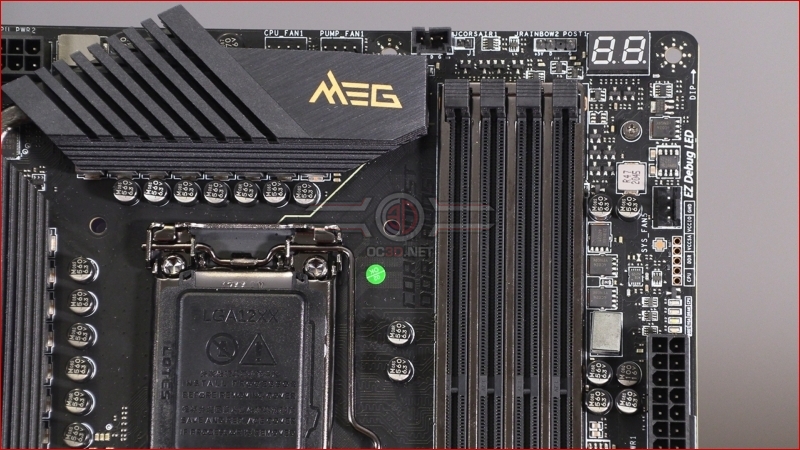 Despite being called the Ace the Z590 still only offers two front panel USB 3.2 Type-A ports and one Type-C. Given how many cases have full USB 3 front panel ports we'd hoped to have seen four ports here, but two will have to do. 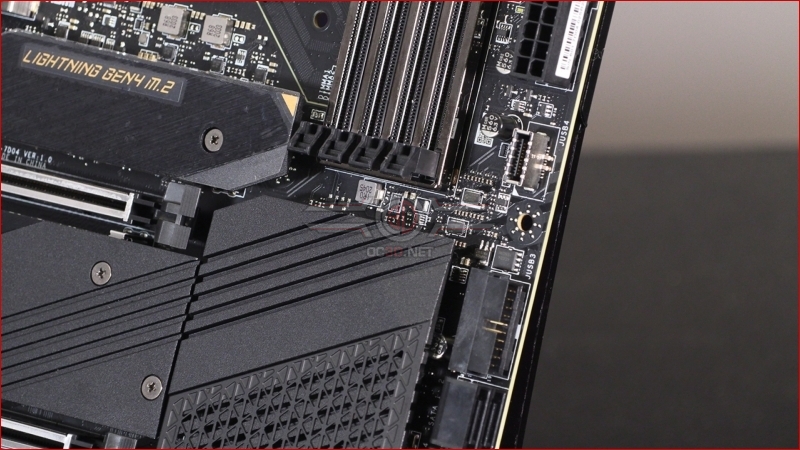 The bottom right corner has the six SATA ports for your SSDs or even fat HDDs if that's still your weapon of choice. Below those another fan header, then the front panel connects sit alongside the onboard power and reset buttons. You can also get a closer look at the chipset heatsink here. 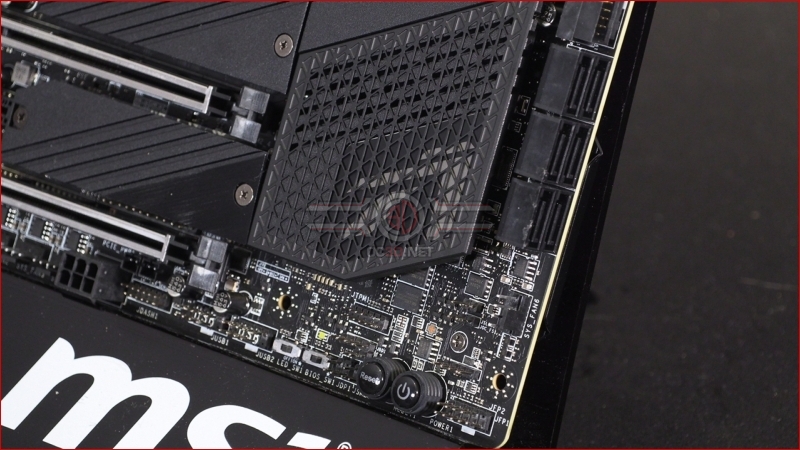 Having a lot of cooling options is key on modern high-performance motherboards and the Ace continues giving us headers all across the board. However, continuing our clockwise tour we have two USB 2.0 headers, a JDash - which we assume is a similar idea to the ASUS NODE - extra power for the PCI Express slots and then all the fans we've just mentioned. Lastly here are two headers for the MSI Mystic Light in addressable and regular formats. 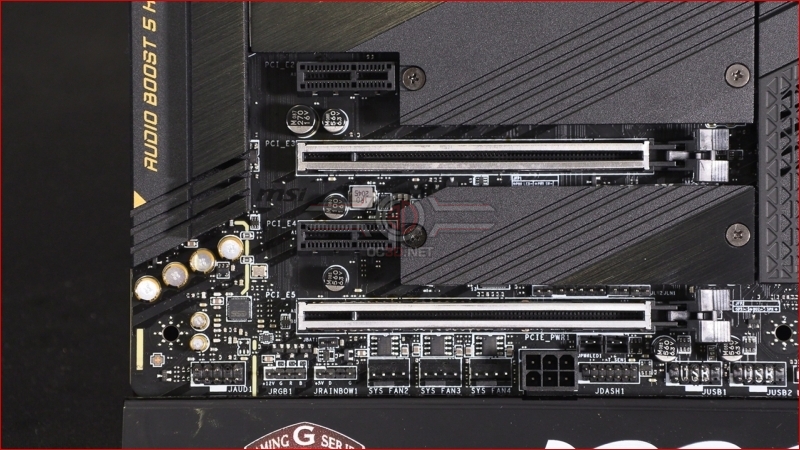 Around the back you get a glimpse of another clear change from the earlier model to the new Z590 chipset in the form of two Thunderbolt ports above two miniDP ports. Elsewhere it's a more usual selection of USB Type-A ports, 2.5G LAN and WiFi as well as an HDMI 2.0. Certainly the connectivity side of the Ace is a big step up from what we saw on the MSI Carbon. 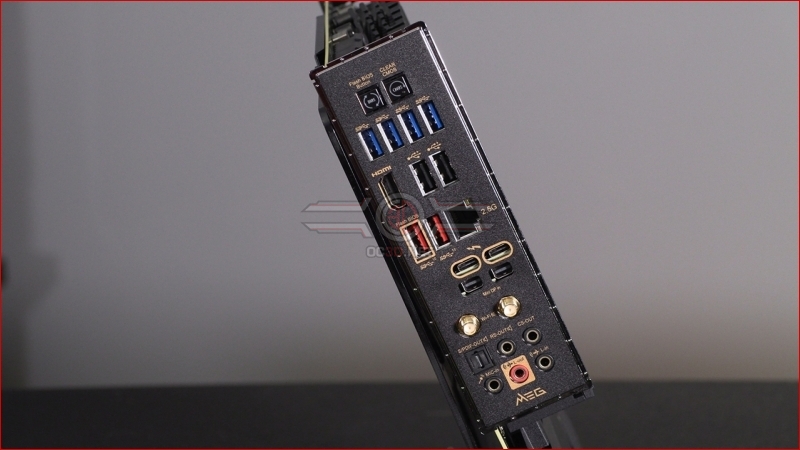