Although our overclocking efforts always try and push the CPU to its absolute thermal limits and thus this graph isn't all that useful as far as the overclocking results are concerned, it does at least demonstrate how efficient the motherboard is and the kind of heat generated you can expect. When we're limited by the abilities of the CPU itself it also shows how much/little voltage is needed to hit our silicon limits, and of course whether VRM temperatures are a factor.

Its also worth noting we tested the Strix with the manual VCCIO and SA volts (to try and save our CPU) before we noticed the voltage the CPU at load was running around 15C hotter AT STOCK! 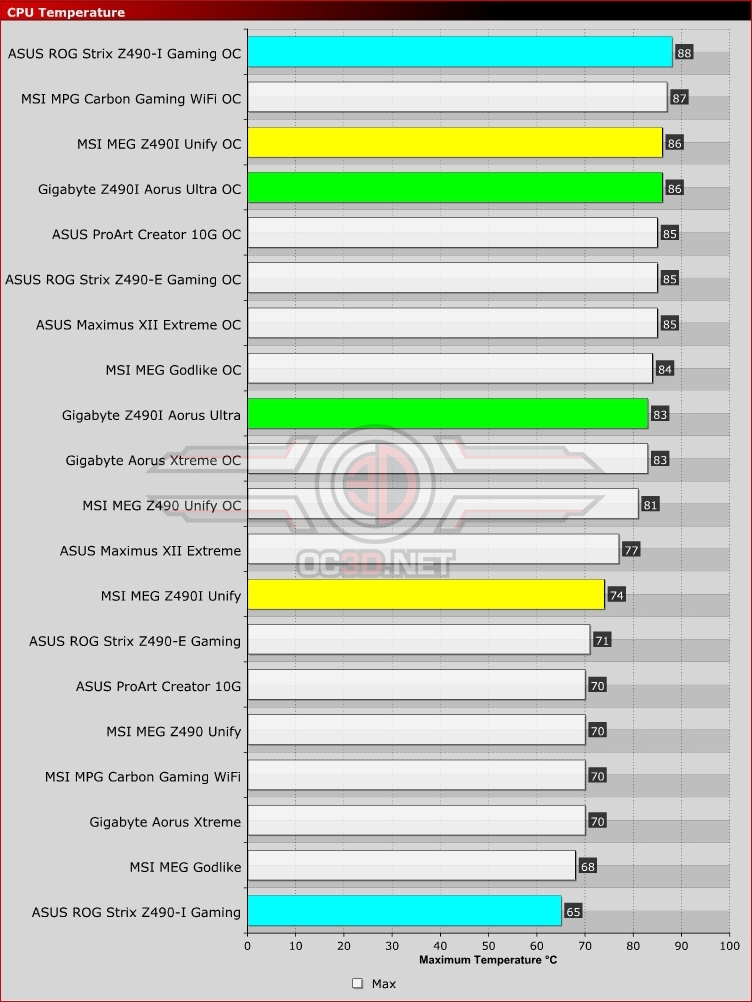 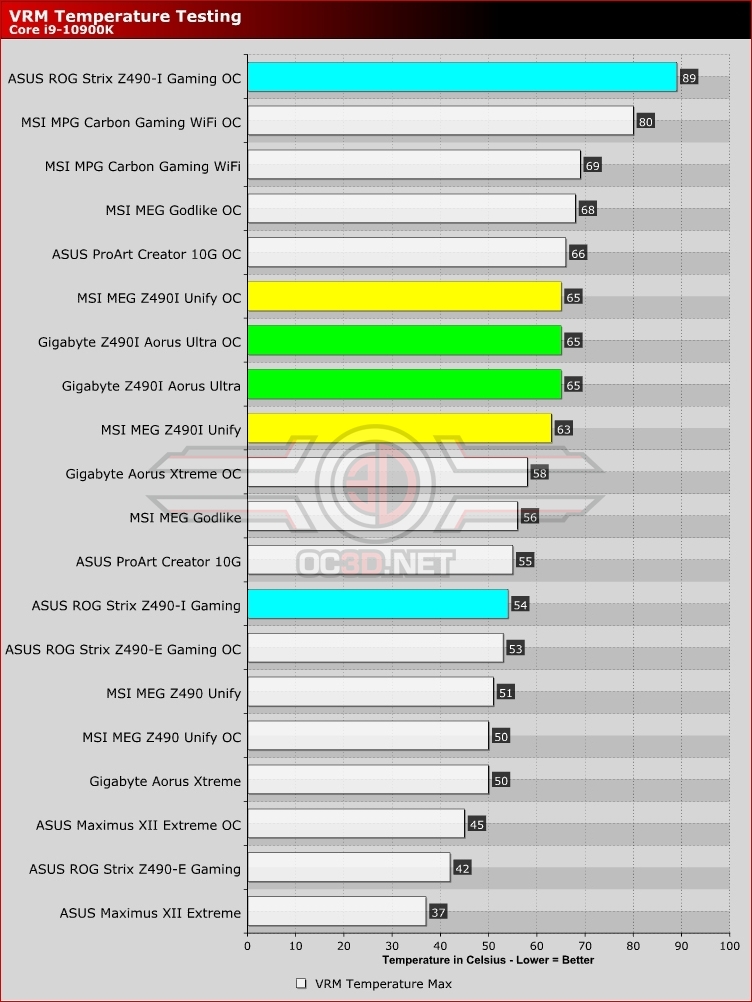