Technology moves at a furious pace. Few companies know this as well as AMD. No sooner were they kings of the graphics world with their 4 series, than nVidia dominated proceedings. Just as quickly as we feared for their future they released the 290X which brought them back to the good times. The 390X was fine, if a little underwhelming, but the Fury X was a match for the best nVidia had to offer. If you were on the AMD roundabout you're probably very dizzy.

The one area they've always knocked it out of the park is in the affordable gaming sector. Which neatly brings us to today's review of the 4th Generation of their Graphics Card Next technologies in the form of the RX480.

There are two different memory sized RX480s available but the pricing is close enough that we've gone for the 8GB version for today's review. The price, as you'll discover as we move through the results, is an eye-opener at a mere £210 inc VAT for this model, and only £180 inc VAT for the 4GB variant. This is some seriously affordable gaming. But we're rather spoiling the conclusion there so let's rewind a little and look at the specifications and what the RX480 brings to the party.

It would be tempting to look at the GPU Clock speed, 1266MHz under load, or perhaps how many Compute Units it comes equipped with (2304, fewer than many of their recent offerings), but we want to look a little further down the table to the TDP. 150W. If you've been following the progress of the Radeon GPUs you'll know that most of the recent ones have been pretty hefty on the power draw given their performance. At a 150W for the GPU this promises to be as cheap to run as it is to buy. 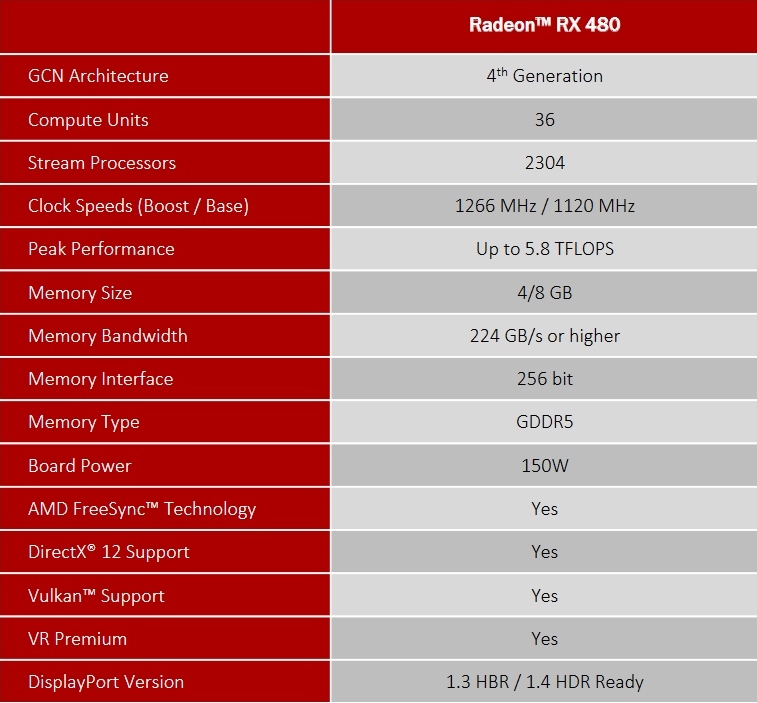 AlienALX
OK can you please now strap an AIO to it and see if it's temp bound?

Doomslayer
XFX is the only company who put a back plate on where all of the other companies did a bone head move buy not putting one on.

Also the ASUS, Gigabyte & MSI are a complete rip off in pricing on this card too they are charging an extra $40-$50 more compare to the XFX card.Quote

AngryGoldfish
I was expecting quite a bit little lower temperatures, and lower power draw as well, but the performance is only slightly lower than I expected which is not bad. It's the price and availability that is going to give AMD the lead here, I reckon.

I read a Crossfire 480 review... it's bad. Either drivers seriously need work—which is a given, obviously—or this is the state of multi-GPU setups now.Quote

Doomslayer
Quote:
Yes for the moment but i think Nvidia is going to counter punch AMD maybe with the 1060 when it comes out, But who knows atm.

Well all know that Nvidia can do it but will they is the question.Quote
Reply