Bigger is better, so the old saying goes. As we're about to see, and perhaps as the table on the previous page hinted, the physical size of the two GPUs is identical so we're not entirely sure why the XT has a bigger box, beyond being.. bigger and thus better. Still, we like the minimalist aesthetic. 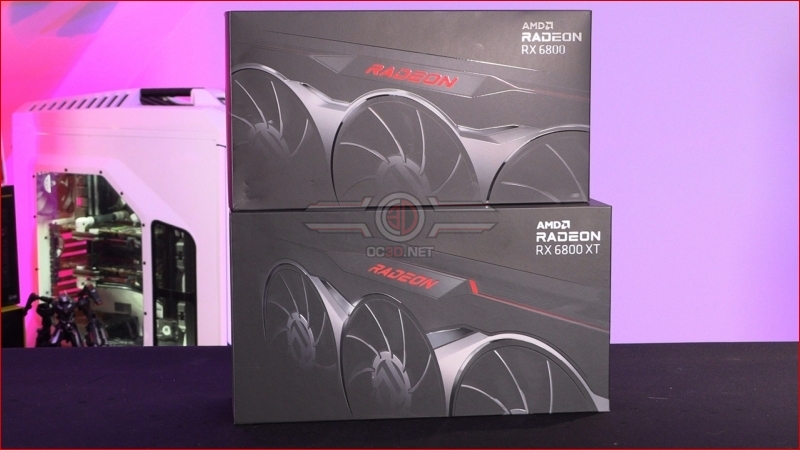 There is a tiny difference between the two cards, but 99% of them are identical so we'll run over the looks using the RX 6800 XT here, but you'll see the plain RX 6800 in a sec. With a triple fan design AMD have finally, FINALLY, got rid of the awful blower design which does nothing but make everyone deaf and your card get hot. We bet the partner manufacturers are sweating, given that adding a triple fan cooler is most of what they bring to the table. Yes we know that the Radeon VII had a triple cooler too, but this is another step forwards compared to that design. 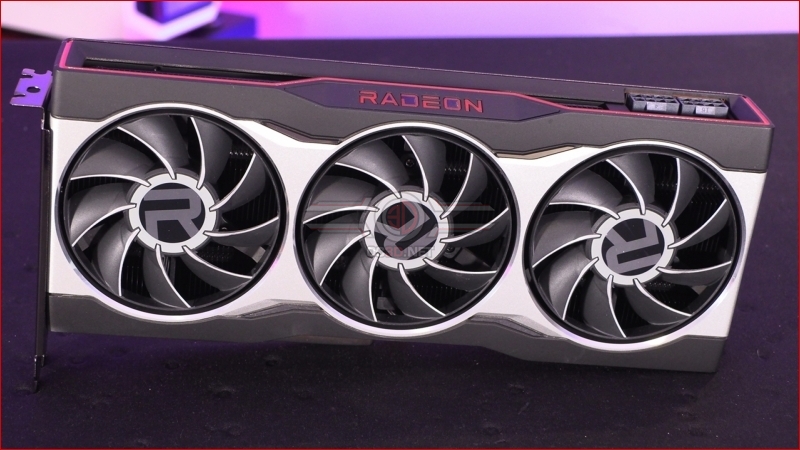 Around the back we have the somewhat scary sight of the innards of the card visible in the middle of the mounting bracket. Those with nylon carpets mind where you poke your fingers. 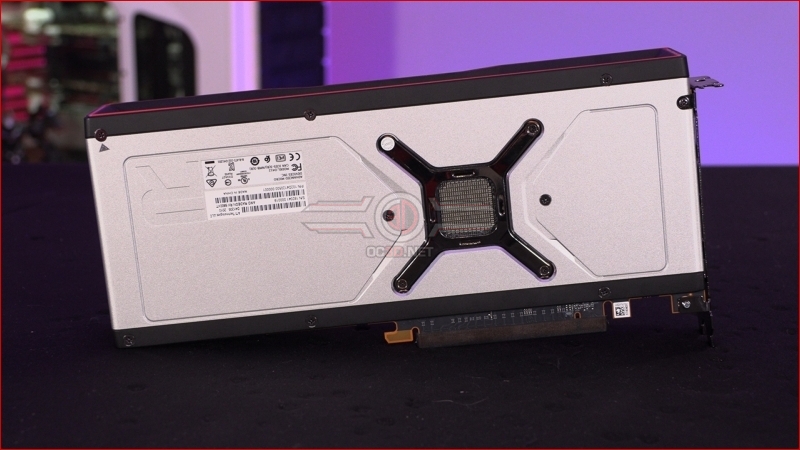 Dude, I heard you like caps! AMD has put caps beside their caps so that you have more caps with your caps! 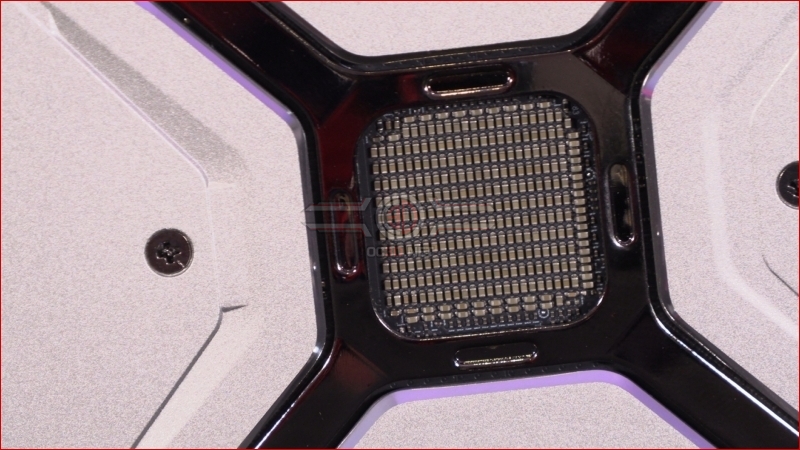 The heatsink isn't the biggest density of fins we've ever seen, and it's not exactly bristling with heatpipes. Perhaps this is a sign of how efficient, thus cool, the RDNA 2 architecture is. Or maybe this is the AMD olive branch to the aforementioned manufacturers, leaving them a little room to improve on the stock design. 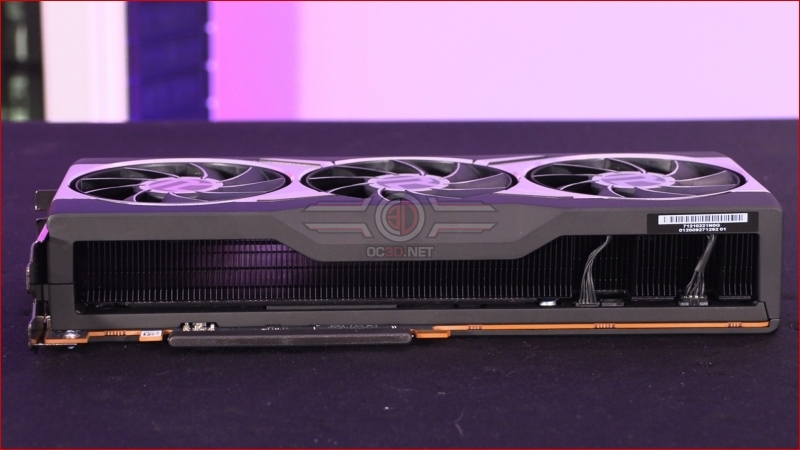 From the side the card looks excellent and much more modern than the Radeon cards which have come before. We love the slightly rounded edges, although the blocked off backplate and bracket ensure that any hot air generated just spills into your chassis. 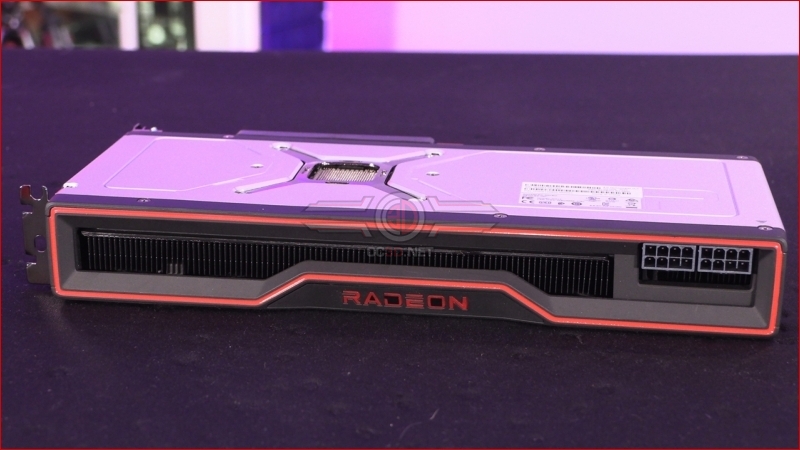 Here are the two RX 6800s together, with the XT on top and the white logo plain 6800 below. At least there is a visual indicator which is which, for those of you who like to be proud of your new XT purchase. 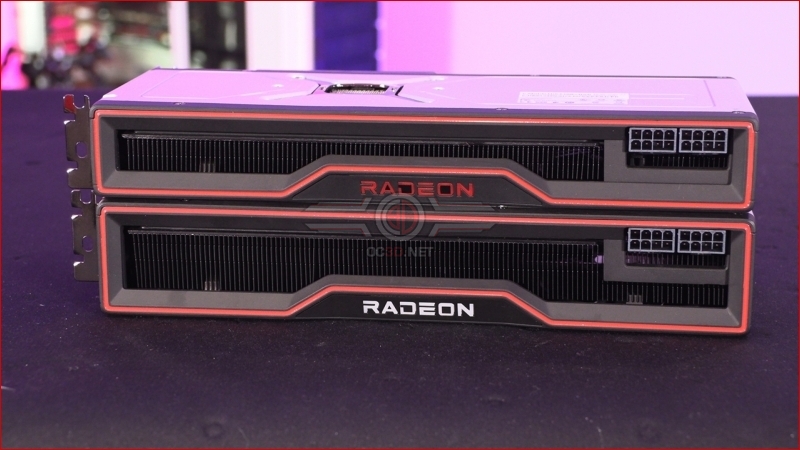 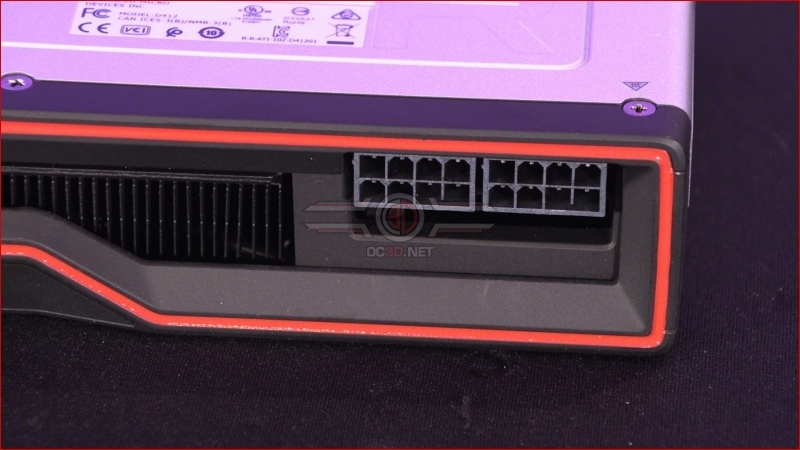 At the business end we have an HDMI 2.1 VRR which brings you all the way up to 8K60 or 4K144 for those of you with high refresh rate monitors, whilst next to them we have two DisplayPorts and the USB Type-C for your VR headset or USB equipped display. 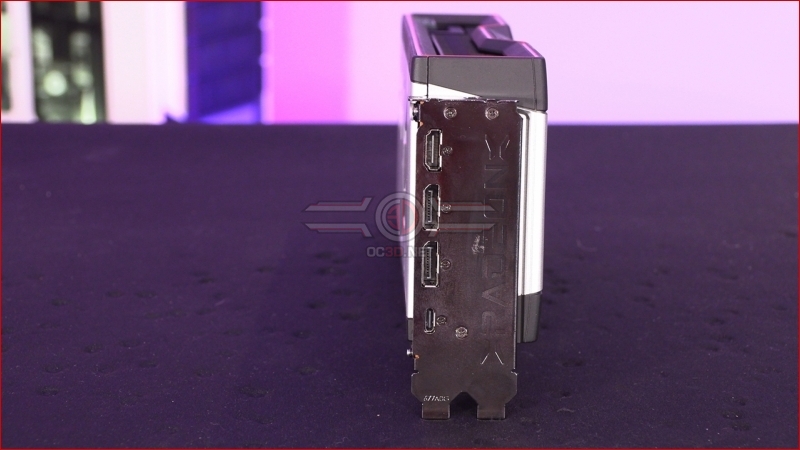 Whether you adhere to the idea that there even is a Team Red and Team Green, or if you feel all that loyalty to a product you've already purchased should have died with the SNES/Genesis war, AMD clearly feel strongly that those of you who have remained firmly in the Santa Clara camp should be rewarded. 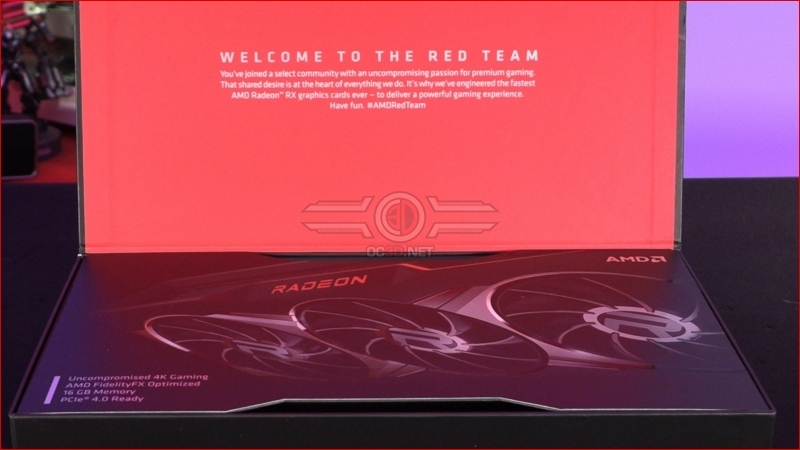 Let's run through some of the new features on the Radeon 6800.