Taking a closer look at some of these elements we had to begin with something we felt was a little bit of a sly dig at Nvidia, namely "standard power". We still don't exactly understand why Nvidia chose to go with their power input solution on their Founders Edition cards, and it's nice to know we're not the only ones bemused.

You won't need a new 12-pin PCIe power connector, or a new power supply to use Radeon RX 6000 series products. Why fix something that isn't broken? 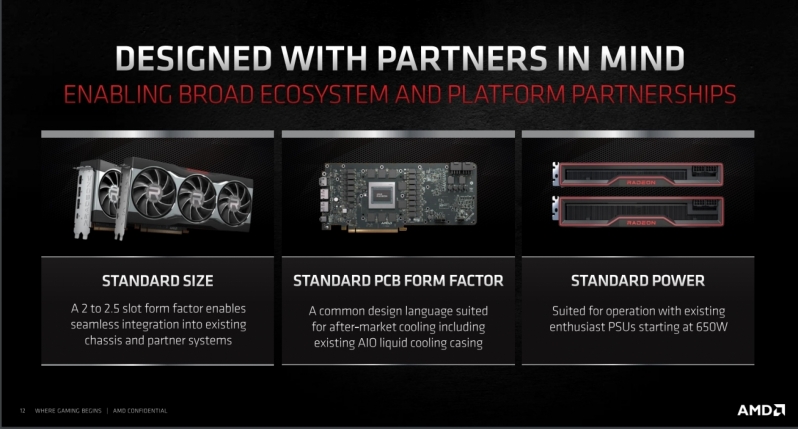 Beneath the cooler, there are lots of those touches which show the AMD design team have done all their can to ensure that the foundation of their card is as good as we could hope, with premium materials and power design to be found everywhere, as well as the USB Type-C connector for those of you with displays (head-mounted or otherwise) that require that particular format. 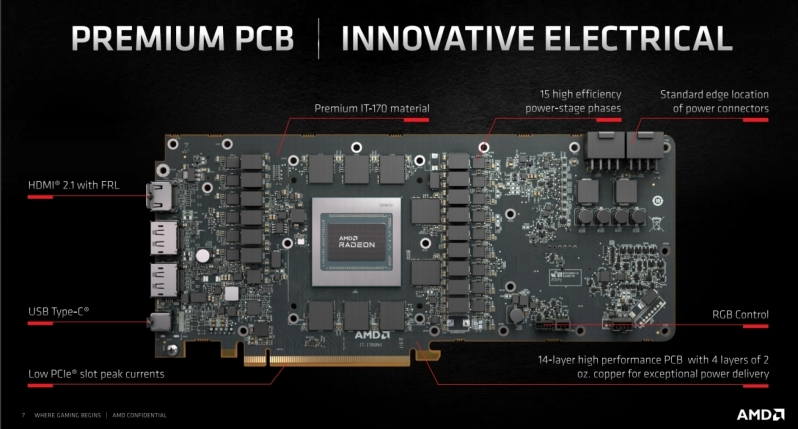 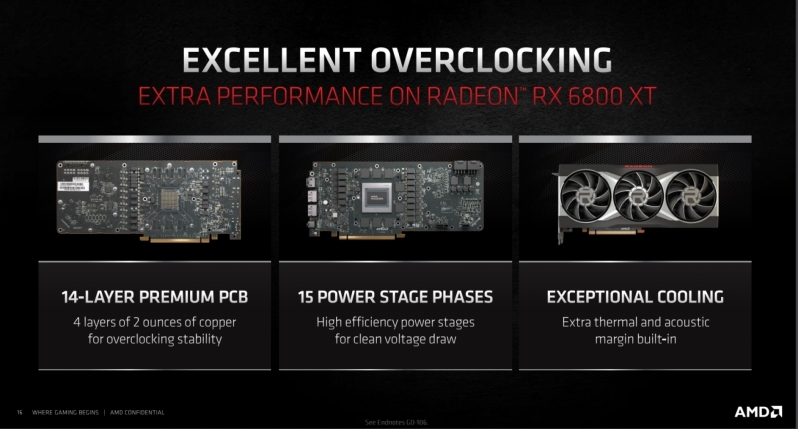 Who doesn't enjoy an exploded view of the cooler? Considering most of us try not to touch our cards at all, much less take a screwdriver to them, it's good to know what is going on under the hood so to speak. Or at the very least it's interesting. 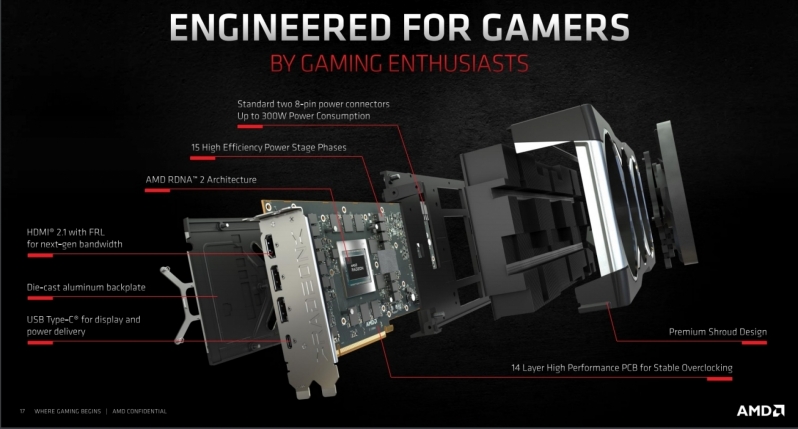 Hybrid Rendering is AMD's way of giving you performance increases without necessarily impacting your visual fidelity. There is even a mode you can toggle with lowers the resolution on command, for those moments where every last frame counts and can be the difference between victory or death. 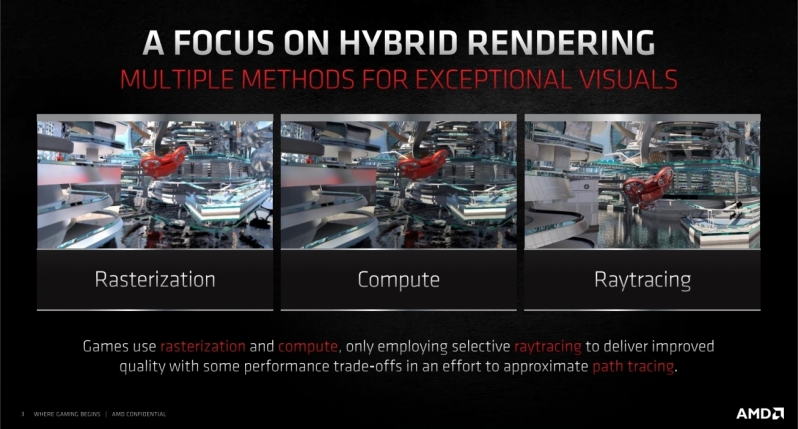 If you have AMD components throughout your system you can even combine the two to give you a few extra frames per second by removing any bottlenecks to performance. Nice. 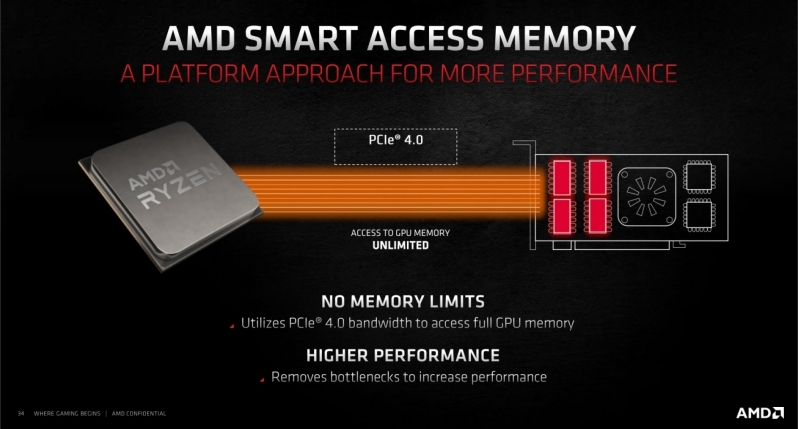 All of the above in one handy 'at a glance' view. The majority of these features are designed to reduce lag and increase FPS for competitive gamers, but there is plenty for those of us who just want smooth solo gaming too. 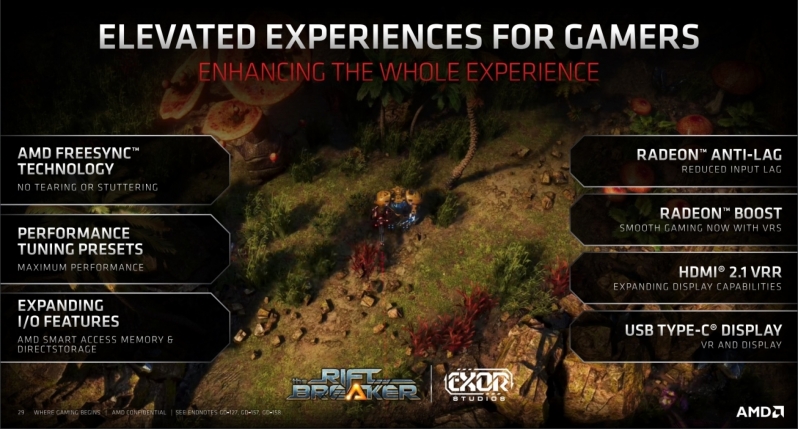 Lastly a good demonstration of the key difference between the old Rasterisation method of rendering graphics and the new real-time Ray Tracing solution. At a glance both images look similar but when you pay closer attention the extra fidelity of the Ray Tracing option becomes clear. 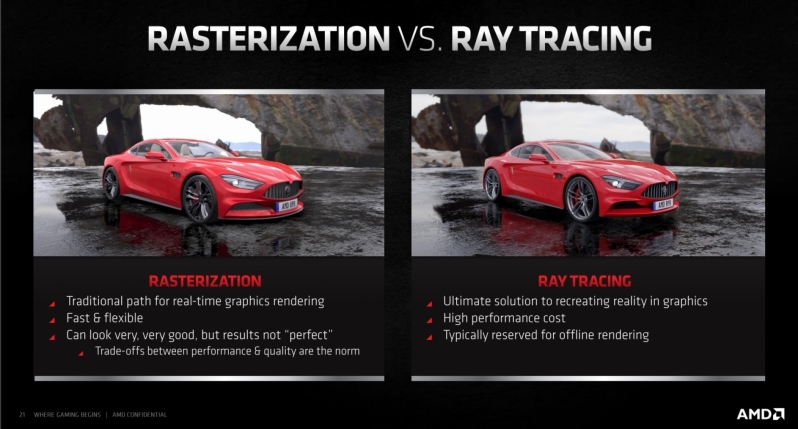