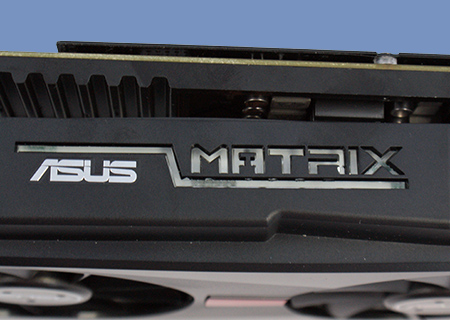 It was back at the turn of the New Year that we first reviewed the HD7970 and we found it to be a stunning comeback from AMD after the rather poor showing of the 6 series cards. Indeed it still stands up well against the GTX680 and is a good choice for anyone who is looking for premium performance.

In fact one of the most impressive aspects of the reference cards we looked at all those months ago was how well they handled an overclock, remaining cool and quiet under the most demanding of tests.

Since then the bods at ASUS have been beavering away throwing every available bell and whistle at the Tahiti XT GPU core and have finally released their take on the top-end single GPU Radeon, the ASUS HD7970 Matrix Platinum.

A triple-slot monster this has everything but the kitchen sink. Has the lengthy gestation and multiple features proven worth the wait?

As is always the case with GPUs the main specifications don't tell the full story. The HD7970 Matrix Platinum (hereafter the Matrix) has a decent factory overclock of 175MHz on the core and an effective 1.1GHz GDDR5 when compared to a stock reference card. Otherwise the main point of note is the inclusion of 4 native DisplayPort connections. Even the most hardcore gamer probably only has three displays for Eyefinity, so to say this is a niche feature is understating things.

The final big improvement is in the power phase. Rather than the 12 phase the reference card has the Matrix comes with 20 Phase VRM as well as VRM overclocking and Loadline calibration options. 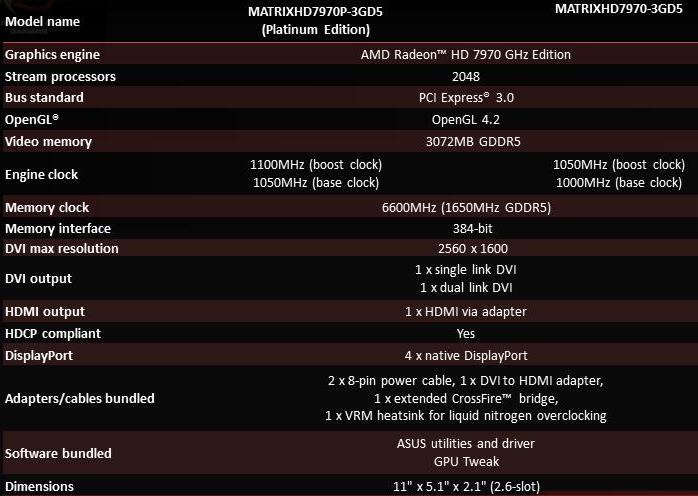 B NEGATIVE
Harsh but fair.Quote

(Except for NZXT, that was pretty funny!)

ASUS could have at least sent a cherry picked review sample, so they wouldn't look as bad.

By the way, Tom, is it planned for the future to get the graphs in HTML5 instead of Flash (or some sort of compromise). I went on this on a mobile device and none of the numbers would show.

CPMFW
its a lovely designed card but the performence is really disappointing...
tom was swearing and that doesnt happen often

I really get the sense that they are using the Republic of Gamers branding on products that aren't really that premium. If they continue to dilute the brand it will become worthless. I also don't think the lights on the side of the card are a good idea, makes it look like a cheap afterthought to distract from the cards main fault: Performance.Quote