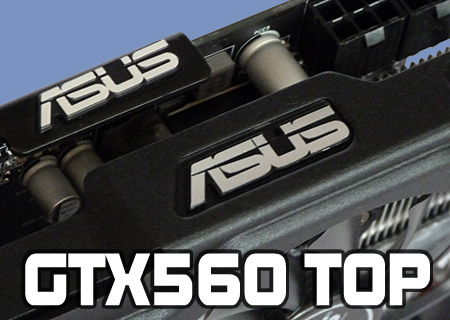 So how does the latest addition to the Fermi line-up do?

We think surprisingly well. Of course it's a surprise to see the 'standard' version coming out after the Ti, but now it's here there is a lot going for it as a good value card.

Starting with the underlying product it's clear that once the DX11 workload is taken off and you're not applying hefty anti-aliasing the GTX560 TOP comes into its own as a seriously good performer. It would be easy to argue that all graphics cards should be able to handle DirectX 11 shaders and anti-aliasing and the like, and so look down upon the GTX560. However, like the Ti before it, that's expecting too much from what is a good value buy.

After all, it wasn't that long ago that even the serious high-end cards struggled to handle anti-aliasing. Here we're giving it the full beans of 8x and that's asking too much. If you're willing to set your sights a little lower though there is a hell of a lot of performance to be had. Anti-aliasing is like multi-GPU setups in that it gives the biggest image quality improvements at 2x and as you gradually add more and more the benefits are harder and harder to spot.

Away from the card generically to this particular ASUS GTX560 TOP it has so many things going for it. Out of the box it's a great looker, and ASUS have given it a fairly serious overclock by putting the GPU up to 925 MHz. Considering how little extra performance we could squeeze before having to apply a voltage tweak it's obviously the sweet spot of this GPU. If you consider that the expense of hand-picking chips is both prohibitive and near pointless in cards designed for the mass-market, then it's a good figure.

The ASUS Voltage Tweak BIOS does allow us to go further though and, as we didn't want to put so much through that we shorten the life-span of the card because after all this is a card for the everyman rather than the "I don't care if it lasts 10 minutes as long as I see a score" enthusiast crowd, pushing it past 1 GHz is a damn fine achievement.

With the DirectCU II cooler ASUS have produced something that we consider up there with the MSI Twin Frozr II in providing cool and quiet running. Long-term readers of OC3D will know the importance of that statement, but for those newly arrived we consider the Twin Frozr to be probably the finest air-cooling solution on the market, so it's high praise indeed. Even with the overclock the card didn't pass the 70°C mark and at all times remained pretty inaudible. It's certainly no louder than the CPU Cooler we use. Enough said.

So if you're in the market for a new graphics card that provides great performance without breaking the bank, and of course assuming you are sensible in your demands of it, then the ASUS GTX560 TOP comes highly recommended. It's just a shame the better performing Ti is already on the market for only a few pounds more and so remains the better buy. Nonetheless this is easily worthy of our OC3D Silver Award.

Thanks to ASUS for providing the GTX560 TOP for review. Discuss in our forums.

Karlos_the_n00b
Ah, so this is the new 560, not to be confused with the 560 TI, not that that should be confusing in any way

Nvidia have done the same thing as they did with the 450 and the 550, they have just made another version of an already existing card.

It's not really a bad thing but first we had the Nvidia 550 and AMD 6790 releases which apart from the water cooled version of the 6790 are no better than cards that only cost a few quid more and I feel like this is the same thing all over again. Saying that though there is also the normal DirectCU version of the 560 for only £155 so that is not to bad, still, it would have been nice to see a new card slightly better than the 560ti rather than one slightly less better.Quote

dugdiamond
what form factor is this (length being the most important - as she says!) ??

and where can i get one of these babies from?Quote

Zeals
This card is essentially a rehashed GTX460 with a few optimizations made for DX11.Quote
Reply