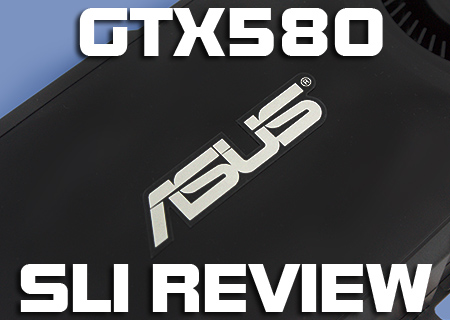 Writing a summary of something like this is harder than writing one for something that is awful.

If a product sucks, you can point out all the places for improvement. But when, like the ASUS GTX580, it's stunning in every department it does tend to leave us a bit short of different ways to say "buy it now".

Starting off with the ASUS in single card formation, we're are left with the over-riding impression that the Zotac was, almost unbelievably, an unlucky chip in the silicon lottery. When we tested that we were astounded by its performance and how relatively cool and quiet it is.

The ASUS on the other hand is faster still, even quieter, even cooler. One of the down-sides to any new batch of chips is that sometimes you get a good one and sometimes you don't. This is a corker.

It comes out the box with an extra few MHz up its kilt, and is eager to push on further even leaving the voltage at stock. With a judicious tweak of the voltage thanks to the superb ASUS Voltage Tweak BIOS we hit the giddy heights of 950MHz. Let there be no doubt at all that once the "Ultra" editions of this card come out, 1GHz Core Speed should be easily achieved. You could do it on this if you've got a waterblock to hand.

If single-card is great, SLI leaves us completely breathless.

Futureproofing as much as possible is always the goal we strive for when upgrading our PC. How ironic it is then that one of the most futureproof setups you can have is an evolutionary step coming hot on the heels of one of the shortest-lived catastrophes around.

We've had a great think around the office about what could possibly bring this card down in the near future, and we can't think of anything. Unless Crytek completely mess up and Crysis 2 ends up being a bigger performance hog than Metro 2033, which is unlikely given the console roots of it, then you can buy a couple of these and be safe for as far as we can see into the future.

Of course the downside is the amount of green you'll need to put down to get a couple of these. £800+ should be a minimum if you've got the PSU and CPU to give it the backup it needs.

As a single card the improvements mean this is a winner of the OC3D Gold Award. For once the performance in SLI is enough that we'll overlook the wallet emptying price and give the SLI a OC3D Gold Award alongside our OC3D Performance Award.

Thanks to ASUS for providing the cards for todays review. Discuss in our forums.