Over the past number of years Mini ITX PC has became tremendously popular, with many PC enthusiasts wanting to pack increasingly powerful hardware inside increasingly tiny spaces. ASUS have created the GTX 970 DirectCU Mini to address this market, offering Nvidia's powerful Maxwell based GTX 970 in a form factor which many would typically associate with a low end GPU.

The GTX 970 is definitely not a low end GPU, with this GPU offering performance which is easily the best in class for such a small form factor, but is still able to remain cool an quiet under load? 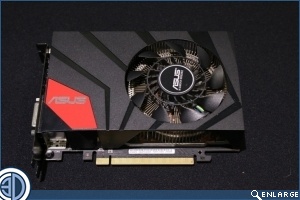 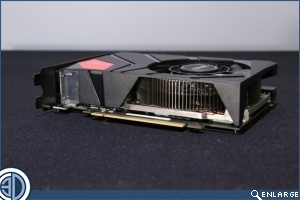 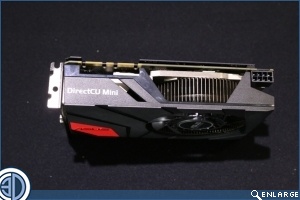 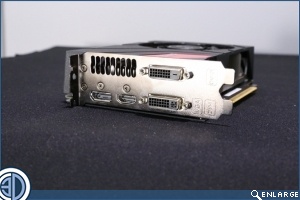 The specifications are exactly what you would expect from a GTX 970, it only requires a single 8-pin GPU power connector, which makes this GPU one of the least power hungry GPUs in this performance bracket. Honestly AMD do not even come close in this regard. 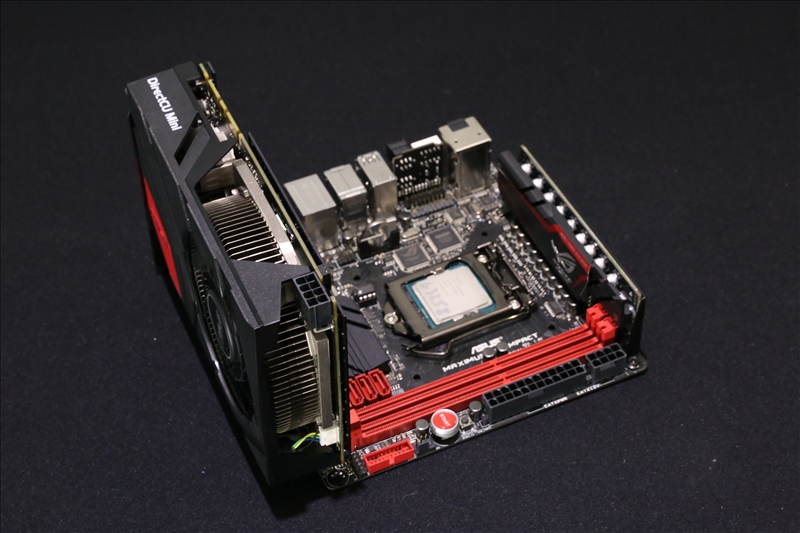 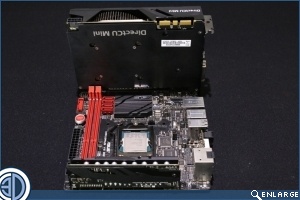 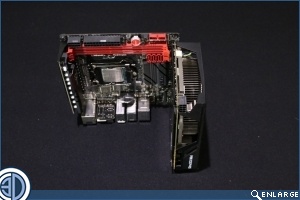 In terms of length this GPU doesn't even outreach a Mini ITX motherboard's PCB, meaning that this GPU can fit in any Mini ITX case, provided that it supports dual slot GPUs.

This GTX 970 looks at home with the ASUS Maximus VII Impact. If both of these were in the same rig you would get gaming performance that could rival most full tower gaming PCs on a much smaller scale.

We are not going to be putting the GTX 970 through all of our usual tests, but with a GPU so small it has a lot to prove in terms of noise levels and thermal performance. As many of you may wonder, for good reason, how can this GPU remain adequately cool when most other GTX 970s are much larger? We quickly took the GPU and placed it in our test bench for this reason, to see how hot the little thing can get under load.

Thermally the GTX 970 Mini performed very well, under full load we were only able to get this chip to 74 degrees, mare than adequately cool for all your gaming needs. In terms of noise levels I can say that this GPU is acoustically similar to all other GTX 970s that we have tested, meaning that it is exceptionally quiet.

ASUS have done a great job making such a small, yet powerful GPU, which has a cooler which is able to perform so well.

The ASUS GTX 970 DirectCU Mini does exactly what it advertises, it is small, cool running and is able to compete with any other GTX 970 with ease.

If you want a small GPU which packs a punch much harder than anything this size should, the GTX 970 DirectCU Mini will make you proud. Right now there is no card which better suits a Mini ITX PC, with the nearest equivalent on the AMD side being an R9 285, which has much less performance and VRAM. AMD will really need to pull their socks up on power consumption before they will be able to compete with Nvidia when it comes to compact cards like this.

You can join the discussion on the ASUS GTX 970 DirectCU Mini on the OC3D Forums.

OCGameR
I really wasn't expecting the temps to be as good as they were. Just shows how efficient these cards are.Quote

Jbo1234
It's mad how they can make such a powerful gpu so small and quiet. Very impressed.Quote

MrKambo
Can't wait to get one of these

Tom could you do something for me if you get the chance, with a 4790K and the Impact with this card, see how much power it pulls from the wall?

Stock and OC'd would be awesomeQuote
Reply