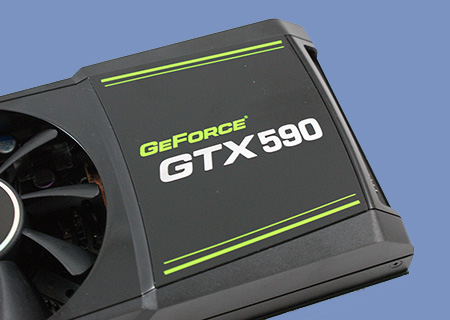 The GTX590 comes in the standard ASUS box with the same fantasy rider we've seen plenty of times before. Whilst it's a small thing it would be nice to at least see a different fantasy image for various models to differentiate them. Especially when you're into the £500+ bracket of products you would expect a bit more bespoke packaging for your money.

Internally everything is as expected with the brilliant, sturdy as hell, Asus black box that we love so much. 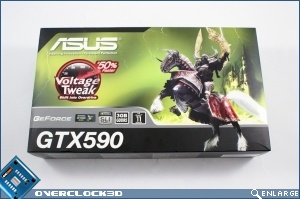 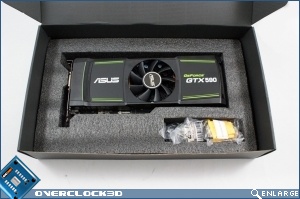 The card itself is nice to look at with a large centrally mounted fan flanked by two slightly raised shoulders. It's an exercise in minimalism.

The reverse is solder city as we'd expect for any twin GPU offering, and has additional reinforcement below each of the GPUs themselves. 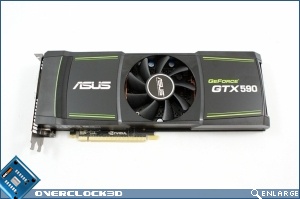 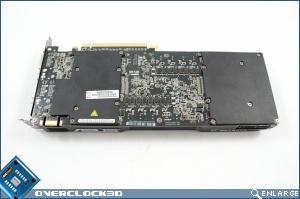 It's no surprise at all to see the GTX590 requiring two 8-pin PCI-e power connectors to fill it with the power necessary to run the two beefy GF110 GPUs.

Whereas AMD have gone down the DisplayPort route, nVidia are using the more commonplace DVI outputs to run your monitors. 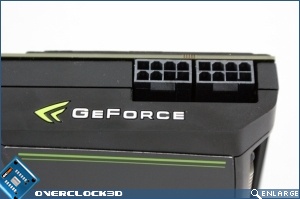 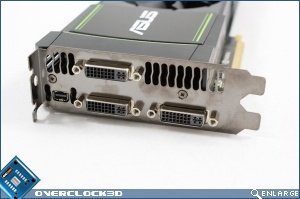 When we reviewed the GTX560 we saw how there was a small concave part around the fan to aid cooling in SLI setups. This has been taken even further with a significant 'hollow' around the fan so if you decide that you want two of these then the you have the best possible chance of keeping the primary card cool. 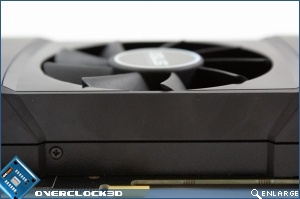 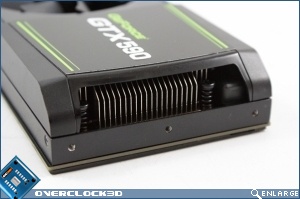