One quick reformat and we're running the identical setup that we just tested the HD6990 on. It couldn't be a more accurate battle of the two challengers for the throne.

Obviously with a twin GPU there are many extra considerations on top of the normal ones we have to think about when overclocking. We are not only playing the silicon lottery, but we also are limited by the lower maximum clock of the two. Furthermore there are limits to the amount of power that you can draw from the PCI-e socket and heat that the heatsink/fan combo are capable of expelling.

Even with these limitations the GTX590 managed to be pushed from its default 613MHz to 660MHz which should be enough to give us some boosts in testing. 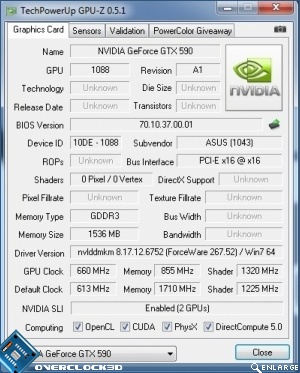 Showing that nVidia and Asus are being conservative, under load the overclock only gives us a 2°C maximum increase over the stock card. A decent non-reference cooler and this could go into the 700s. 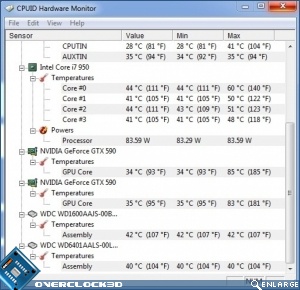 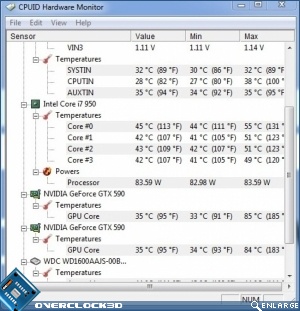