The eternal march of technology is never felt greater than in the world of graphics cards, and more specifically the GPUs themselves. Since the advent of DDR3, Memory technology hasn't moved on a lot. SSDs reached the limits of the SATA 6Gb/s bus a while ago. Graphics cards though come on in leaps and bounds. If you stop paying attention for a year the levels of performance would be unrecognisable when you looked again.

This endless quest for progress and something new to advertise does have its drawbacks. As a company such as nVidia or AMD the cost of developing a new GPU is mind-bogglingly expensive. To spend hundreds of millions of dollars and then, six months later, have to do it all again would quickly make for a bankrupt company.

So what do you do if you have a new GPU coming out but know that the fickle buying public would instantly dismiss your current, still great, range of cards as last years news and not buy them? Rebrand of course. It's the perfect way to extend the lifespan of your expensive R&D outpourings whilst possibly catching a few people who want the latest and greatest but can't finance it.

The big new dog on the block from AMD is the Radeon R9 290X, based around the Hawaii core. That's a week away though, and the banner-waving product that brings this new naming convention to us begins with the R9 280X. A Radeon HD7970 by another name.

The specifications for the reference R9 280X would give deja vu to anyone who read our review of the HD7970 all those months ago. Thankfully our ASUS DirectCU II model has, as we'll see on the third page, a good boost in the GPU Core Speed, but the reality is that it's still a Tahiti core, so we will have to wait a little longer to see what the new Hawaii GPU will bring us.

When a new product arrives the company provide some literature to journalists that indicate where they expect it to be in the current range of choices, and for the R9 280X AMD have chosen the HD5870 and the GTX760. It's quite a surprise really as the HD5870 is so old that it's akin to comparing a Bugatti Veyron to a bicycle. The GTX760 is just about the competitor in pricing terms, but we already know that this is a HD7970 in a change of clothes, and the GTX760 is a GTX670 in a change of clothes, and the HD7970 was originally targeted at the GTX680. It's all rather confusing. If the aim of such comparisons is solely to make their 'new' product look good then why not compare it to a Voodoo 2?

But that is why we are here, to cut through the marketing waffle and tell you how it really performs and compares to its rivals. 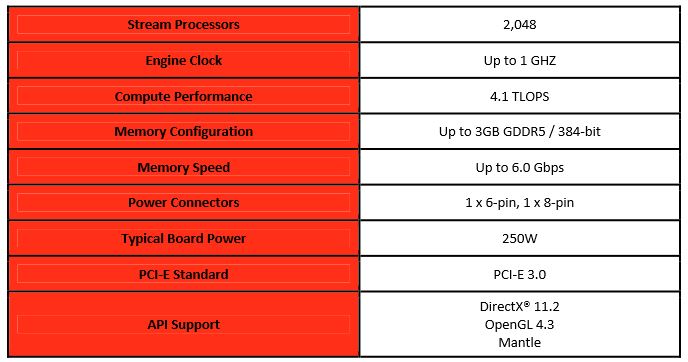 sander3
How do we CFX it when the cooler blocks them? Well i guess you can use the bendy ones.Quote

sheroo
It would be nice when the 290X comes out if you could weave in there somehow, how fantastic these cards are at folding.Quote

quickfireuk
As someone thats just updated there rig, i like the asus new card over there old version, this card is 2 slot and not 3 slot, and on a side note, sapphire R8 280X cards, now have uefi support, sweeet

WillSK
Is it just me or were there a few benchmarks where thee 7970 out performed the 280 x. I found that really unusual/confusing