This is a quick overview of the features available to you if you choose to purchase a ROG Strix RTX 20 series graphics card. As you would expect from a ROG product the cooling has been beefed up, the power phases given the once over, and the whole thing wrapped up in the familiar Strix design. 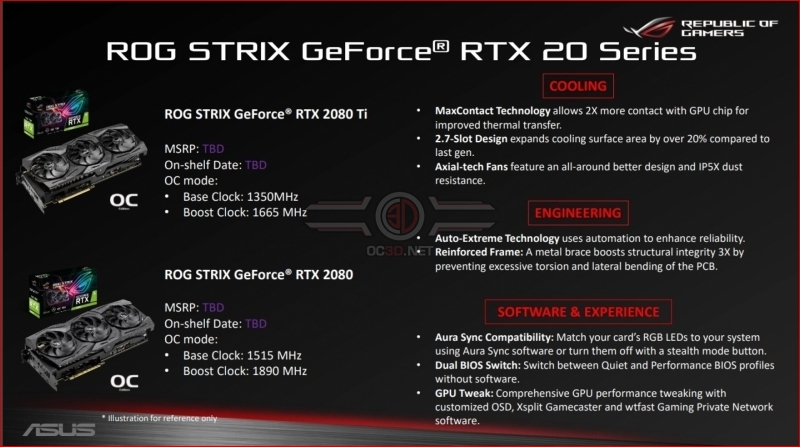 We know that most of you will - rightfully - never take a screwdriver to your latest purchase, so it's nice to see the exploded view and get a feel of what is going on beneath that shroud. With the Strix we find three fans, a massive heatpipe and fin arrangement, a bracket to reinforce the card so that it doesn't begin to bend under extreme thermal loading, Super Alloy Power II to let you push things to the maximum, and all topped off with the AURA backplate so that it looks as splendid in your case as the visuals on your screen. 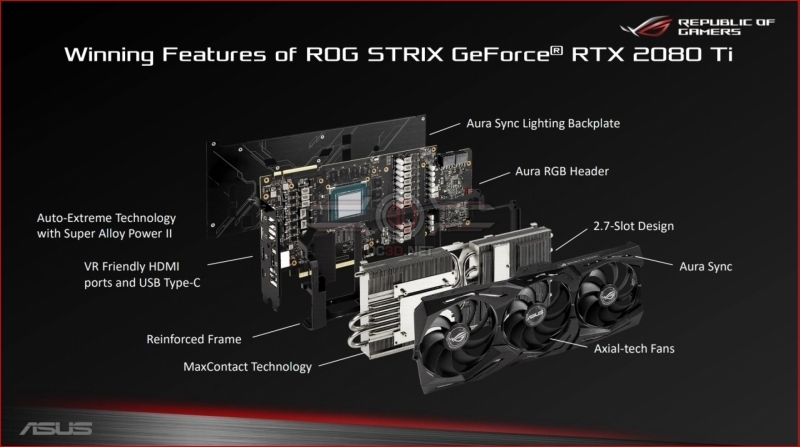 The RTX 2080 and 2080Ti have a lot of additional elements on the PCB so it isn't a surprise to see that the cooling of the Strix has been significantly boosted to help keep the whole card cool no matter how much you stress it. 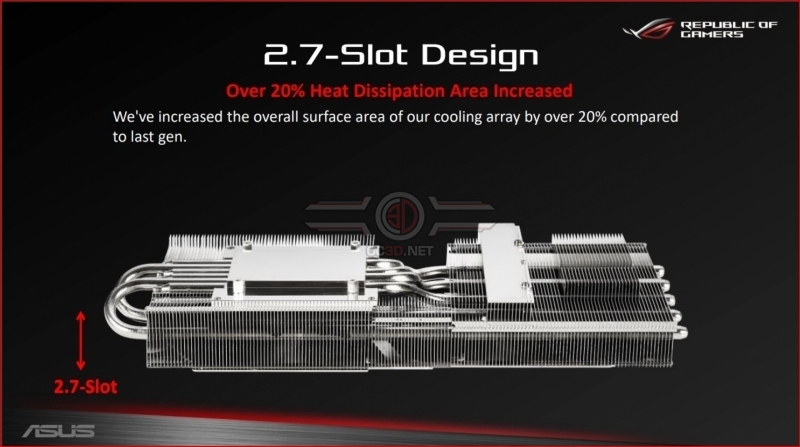 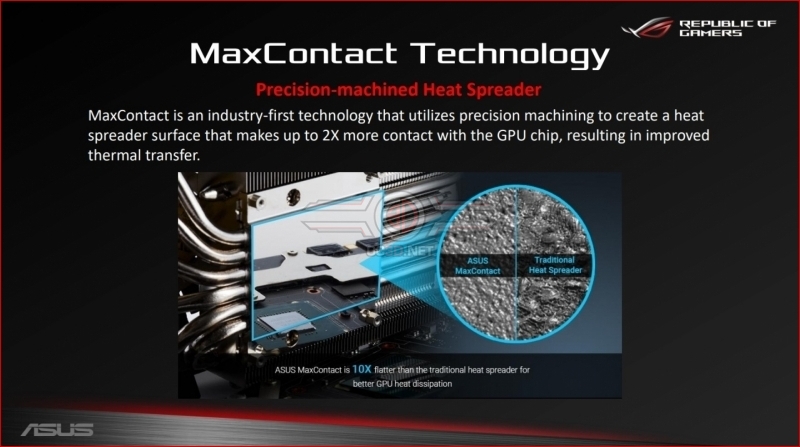 Having plenty of fins and heatpipes is all well and good but you still need airflow to help dissipate that heat and allow your components to work as fast as possible for as long as possible. The Axial fans on the Strix promise to give a 33% increase in airflow without compromising the acoustics. 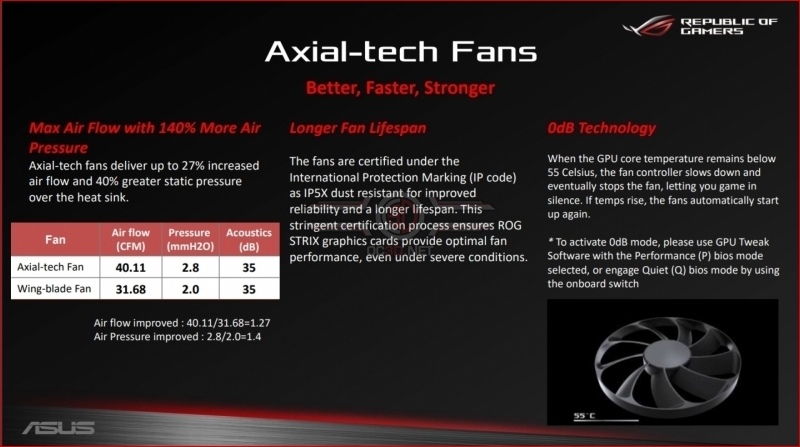 There are two different modes available at the flick of a switch, from the Performance mode which is pretty much the 'stock' card, to the Quiet mode which reintroduces the fan stopping mode that we've all enjoyed from the Pascal architecture. 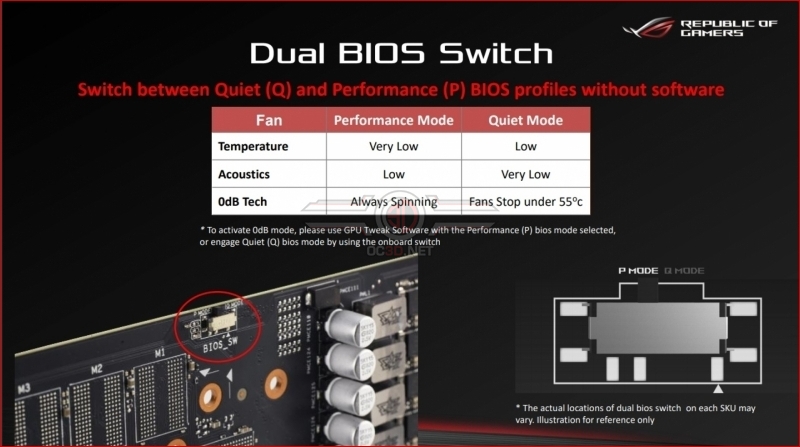 One area the Republic of Gamers range has always been famous is in the power delivery. You don't get to break world records without having smooth, efficient, consistent power and the combination of high quality chokes, capacitors and DrMOS should let you break new ground without enduring the capacitor squeal that has been known to drive some people crazy. 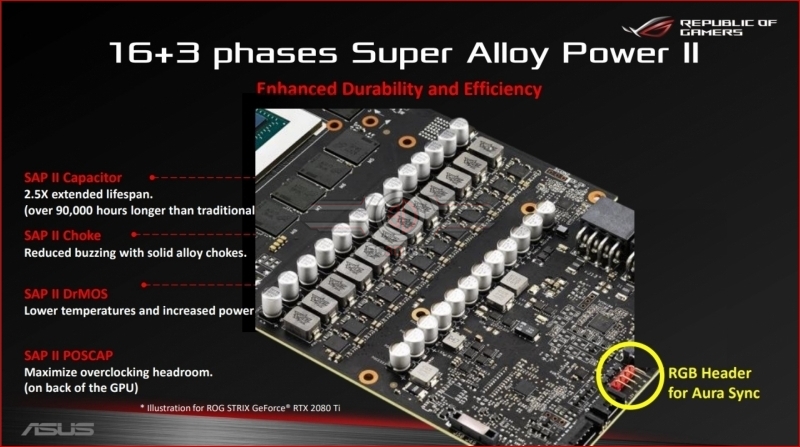 It wouldn't be a modern product without including RGB lighting, and with the Strix RTX cards you get the AURA Sync lighting that has been such a staple of recent ASUS hardware launches. We like the included "go away" stealth button that turns the lights off without needing to delve into the software. 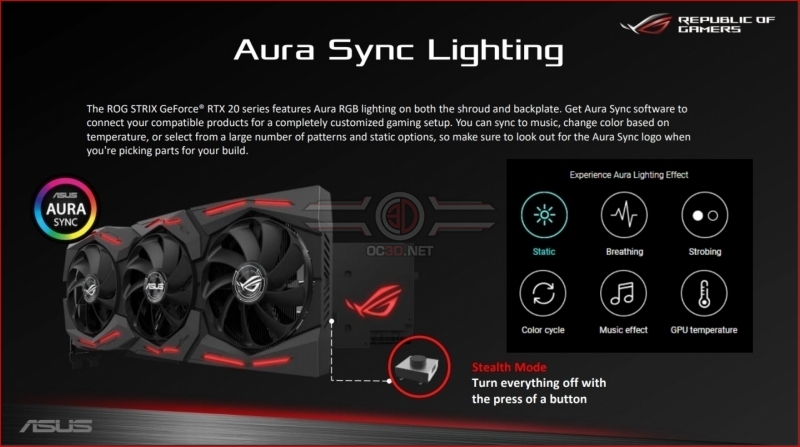 I'd expect dinner and a night of romance for that

demonking
Quote:
A night! Christ you go for the top end :P

Whats scary is the price difference between the top end and the bottom end. A Palit gaming pro is £400 cheaper! yes that's right its a whole 1070 cheaper! Mental.Quote

AlienALX
Quote:
I'd want to kick in its back doors for that !Quote

Eddie long
Quote:
Step away from the rog card Dice we know your attracted

steverebo
The prices on this gen of graphics cards is obsurd its absolute insanity and the problem is people keep paying so Nvidia keep taking the biscuit. It's a real kick in the teeth for the majority of people who were waiting for this gen of cards but don't have an unlimited supply if money