The front of the Strix RTX 3080 12GB will be familiar to anyone who has seen a recent ASUS Strix card. Three large fans dominate, with the central fan spinning in the opposite direction to the outer two to aid in removing dead spots and improve the cooling efficiency that leads to higher average clock speeds and thus more performance. 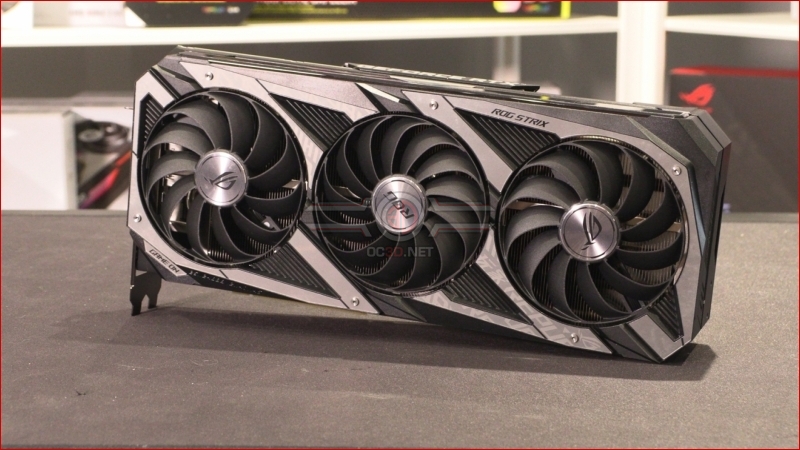 On the backplate we have very subtle ROG identifiers as well as the P/Q mode BIOS toggle and a few screw heads for that rugged aesthetic. 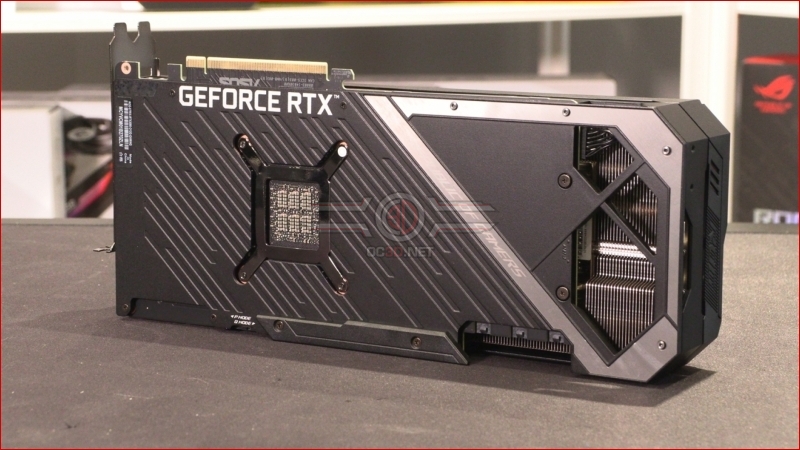 The Strix is visually identical to its predecessor and that's not a bad thing. A big "RTX" identifier lets passers-by know what you have in your system, whilst the full length RGB panel allows the AURA lighting to show off your taste and sophistication. 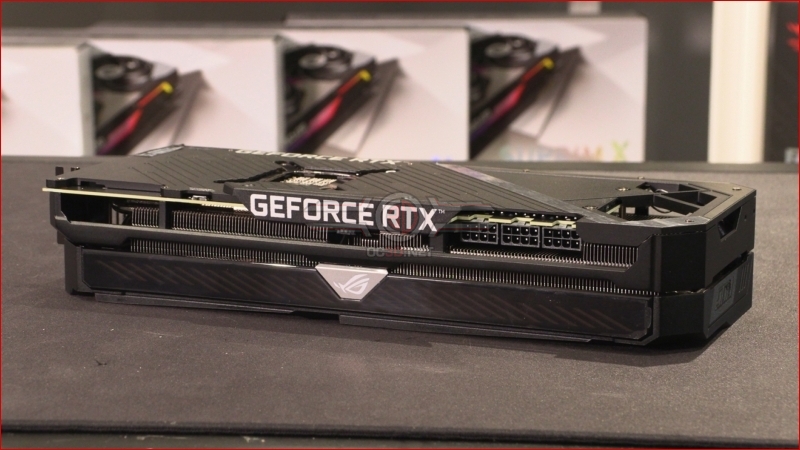 On the underside you can get a better look at the high fin density of the DirectCU heatsink, covering the full length of the card. 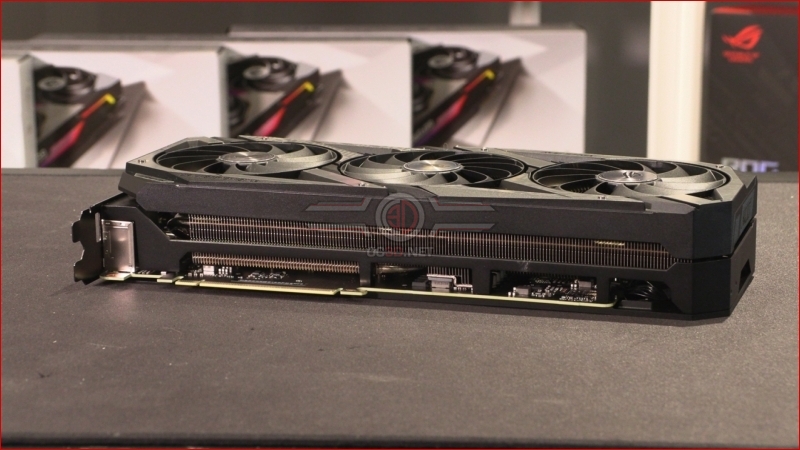 The vented side panel has become a regular feature of all graphics cards, helping push the hot air away from the card and out your exhause fans, whilst also pushing a little air upwards towards your CPU cooler. It's such a good idea we're amazed it took this long to appear. 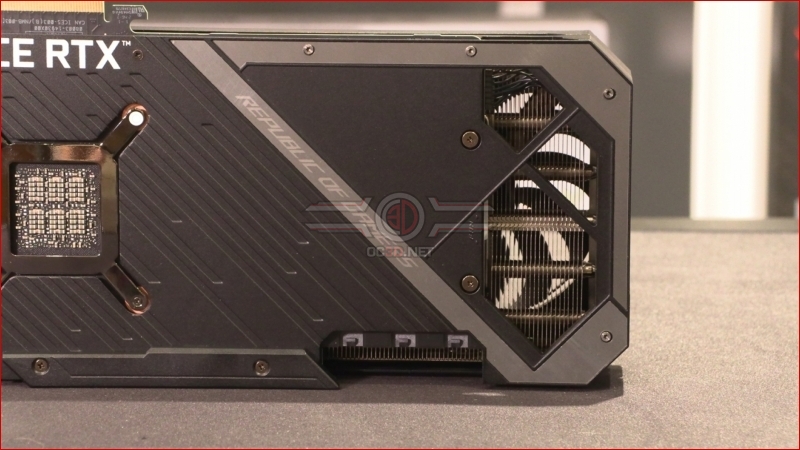 P mode for Performance and Q mode for Quiet. As always you need to choose whether you're willing to sacrifice a little extra noise for a little extra performance. Personally we don't see the point in spending all this money if you're going to not let it fly as high as it can, so P mode is where we'll be testing. 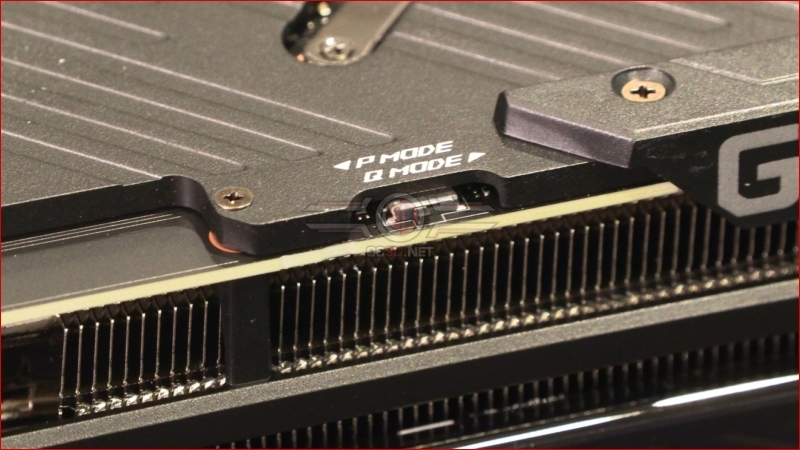 The fans have 11 blades on the outer pair and a whopping 13 on the central one, ensuring maximum airflow at minimal volume. The keen-eyed amongst you can also see the Strix text design on the grey sections of the shroud. 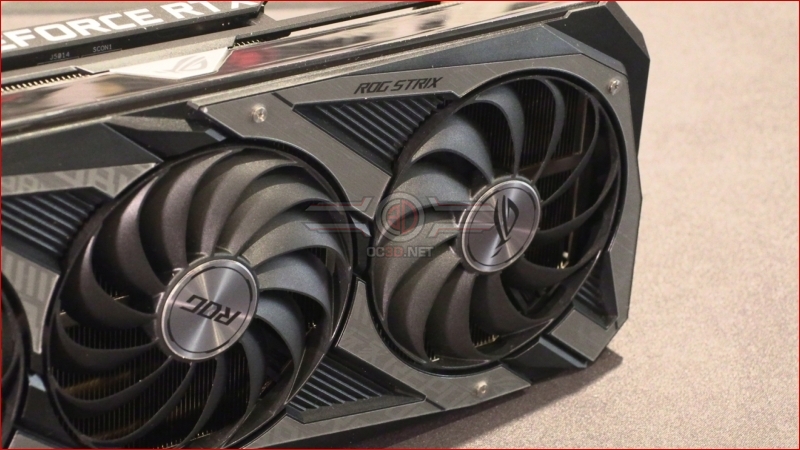 One of the hallmarks of the ASUS ROG Strix range of graphics cards is the use of a Stainless Steel backplate that has an additional HDMI 2.1 port in it. The move to DisplayPort is slowly happening, but most things still utilise HDMI and the 2.1 specification is perfect for high resolution, high refresh rate gaming. 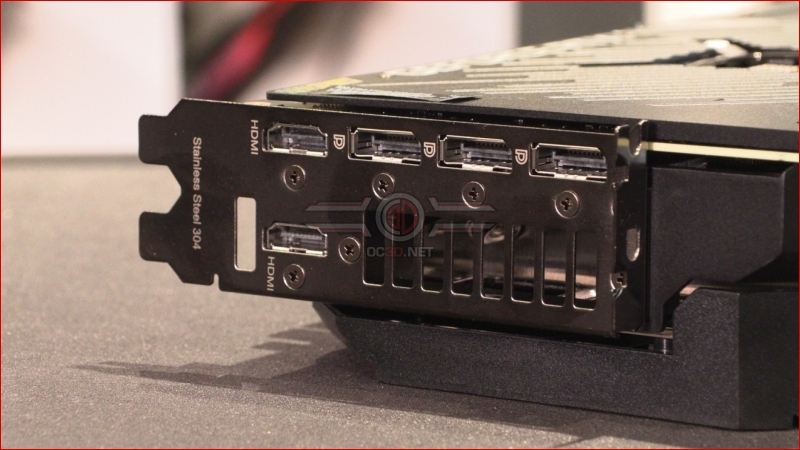 We also received the ASUS ROG Wingwall, a GPU holder with some RGB effects on it, for those who want to give your graphics card some extra support whilst also giving some extra bling to your rig. 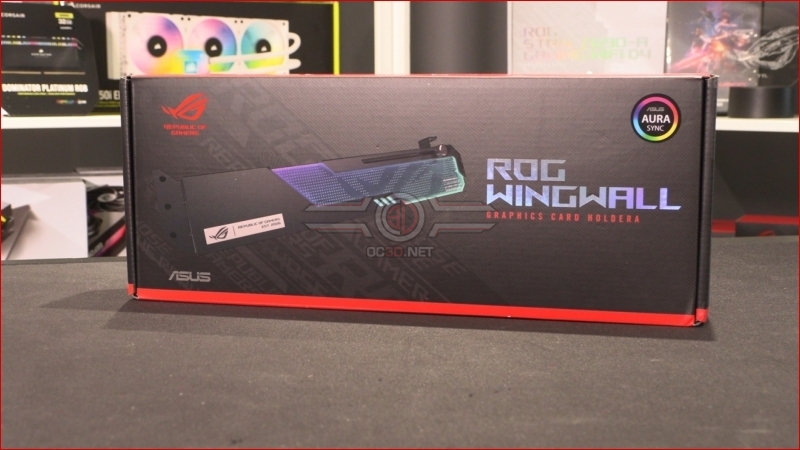 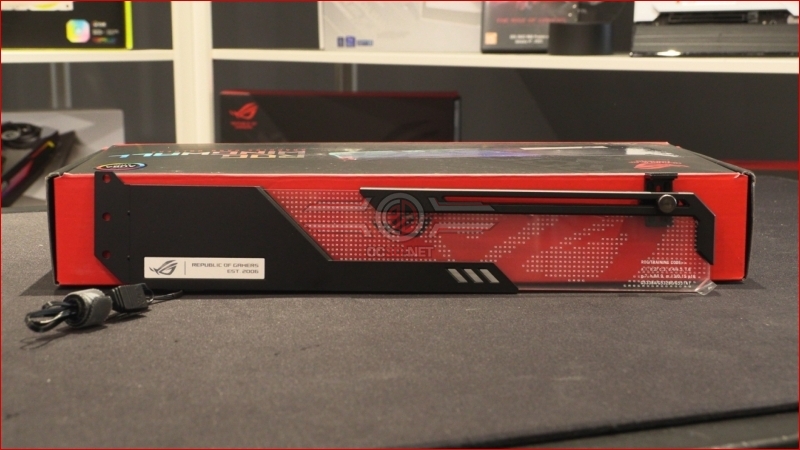 Deadtroopers
I'd 've bunged these back to the courier. A waste of our time and yours.Quote

AngryGoldfish
It's funny seeing all those Nvidia cards at the top of the power draw charts with AMD at the bottom. Obviously their cards are behind in performance, but it's still interesting.Quote

Warchild
Quote:
ID take lower power draw these days. With the cost of electricity through the roof, it stings when I see my PSU showing 600W draw sometimes.Quote

Mining is already starting to creak. Tons of AMD cards in stock on OCUK, not selling due to stupid prices. People are selling off 3x 3060ti in a FS forum I go to, and all of a sudden cards like the 2060 super and so on are appearing.

The first rats are deserting ship IMO. I give it 3 months and that bubble 'gon burst HARD. All of a sudden the market will be swamped with ex mining cards and Nvidia and AMD won't be able to sell a new one for love nor money.Quote

Peace Đ
Quote:
Props of having a PSU without a display!Quote
Reply