If you want to pretend that you've just come back from winning the Superbowl or Stanley Cup then the White Edition comes with a massive ring. No we're not going to wear it but it will look great on a shelf. 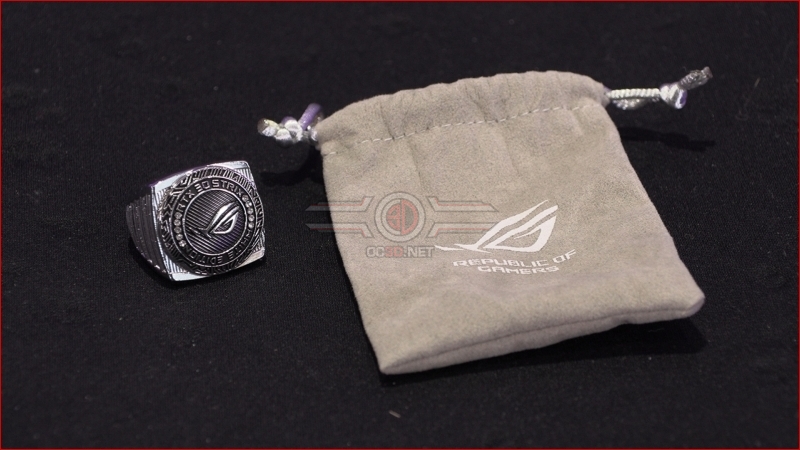 There is no denying that it's white. We've seen some white hardware over the years that doesn't fully commit to being white, and that's always to their aesthetic detriment. The Strix White Edition has no such problems as ASUS have gone all in, making pretty much everything white, and doing a good job designing the heatsink to cover up anything that isn't. Very attractive. 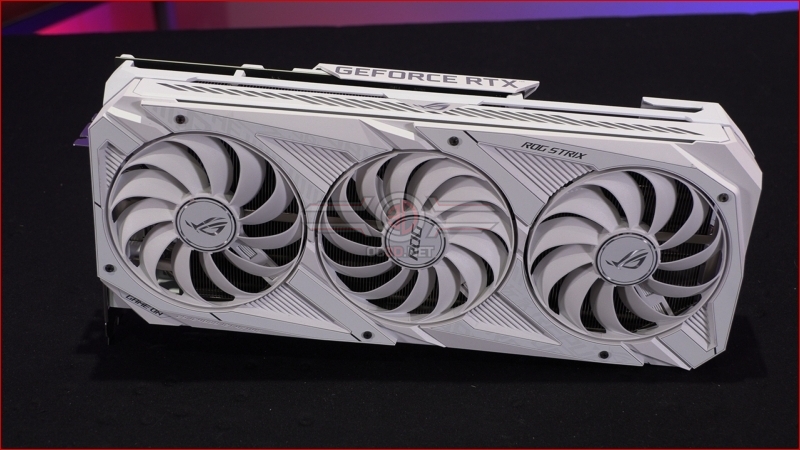 The only lighting on the Strix is on this side section as you can see both in the image at the very top and the bottom of this page. This is not a card designed to be mounted vertically, but instead is all about you installing it in the more usual orientation. You can also see that the Strix OC needs three 8pin PCIe power inputs. 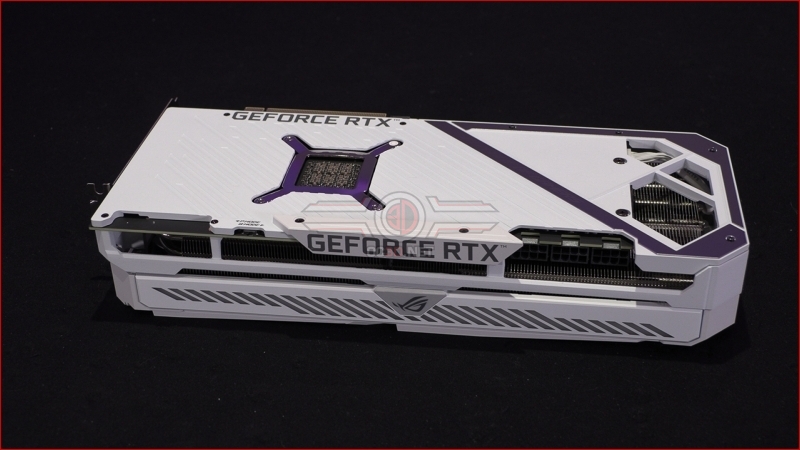 Feel the thickness. All the vents, slashes, louvres and strakes are there to give the best possible airflow and eliminate any dead spots or air build ups. Additionally the reflective ROG logo on the fans help reflect any RGB you might have on the lower half of your case. 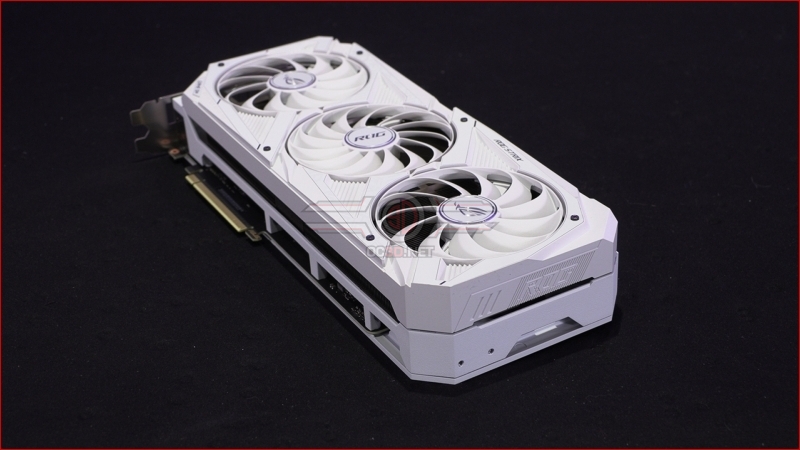 The packplate is extremely bright, even with the cross brace emphasising the now common holes on the inside edge of the backplate that let some of that cool air make its way to the top of your system. 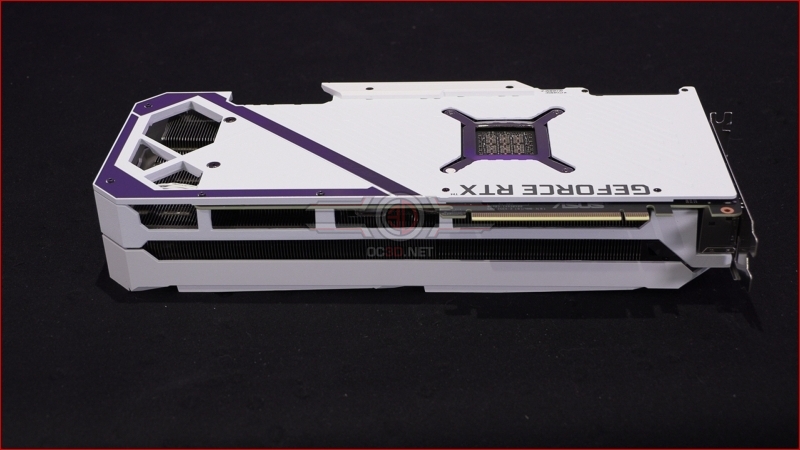 Even if you aren't a big fan of the white looks on the whole - and we definitely are - the Strix is a beautiful rendition of it. It has none of that "do the bare minimum" thing going on with every element in the brightest of hues. 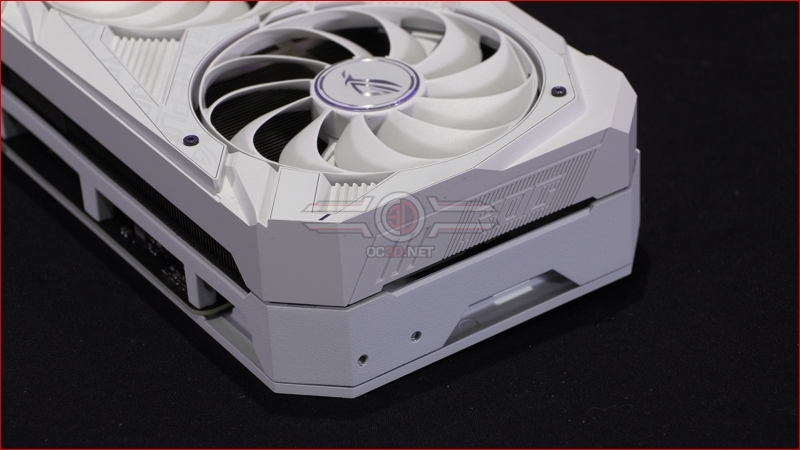 The Strix RTX 3080 has two HDMI ports alongside the three DisplayPorts, giving you a wide selection of outputs even if it doesn't support the rarer Type-C connection. 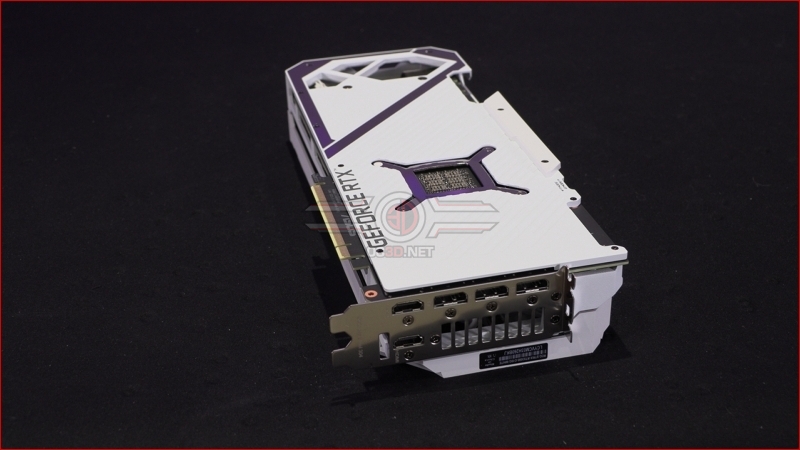 Lastly here it is in our test system showing off the side of the side lighting and how crisp it looks, even in a setup that's largely dark. In fact some of you might prefer to go with a standard system aesthetic to show the Strix White Edition off. 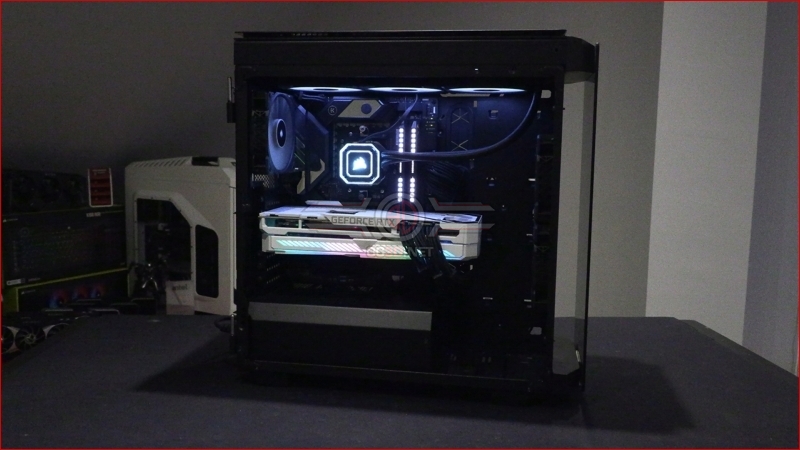 Gothmoth
you should do north korean restaurant reviews at this point...