To paraphrase Jane Austen, it is a truth universally acknowledged that the cooler you can keep your graphics card the faster it will go, and water cooling brings that dual threat of coolness along with the thing we all crave, silence.

I have definitely owned graphics cards in my life that were so loud when under loading that I became gun shy of running games just because of the awful wailing it meant the other people in the room had to endure. Any card is quiet on the desktop, running with all the settings on full is a whole different ball of wax.

Enter ASUS with the latest addition to the burgeoning Strix range, the ROG Strix RX 6800 XT LC. Our time with the RDNA 2 "Big Navi" cards, particularly the XT variant, has been nothing but a pleasure, with blistering average frame rates and clock speeds through the stratosphere. Besides the "Big Navi" soubriquet, which makes us think of little more than a muscular builder, we love all it brings to the party and are delighted AMD have finally brought their Radeon graphics up to the level of their Ryzen CPUs. Taking one of these magnificent GPUs and water-cooling it will only enhance the user experience, and given how famed ASUS are for the quality of their products you can imagine how excited we are to test the new Liquid Cooled Strix.

In the meantime, whilst we all await the results, here is a quick preview of how it looks in the flesh.

Information prior to release about the nitty gritty of the Strix LC is somewhat thin on the ground. This is by no means uncommon, as even we are usually kept in the dark until the very last moment. However we expect it to follow a very similar pattern to the other RX 6800 XT cards we've seen so far with GPU boost speeds well north of 2000 MHz. This is especially the case given the dual width radiator on the Strix LC. 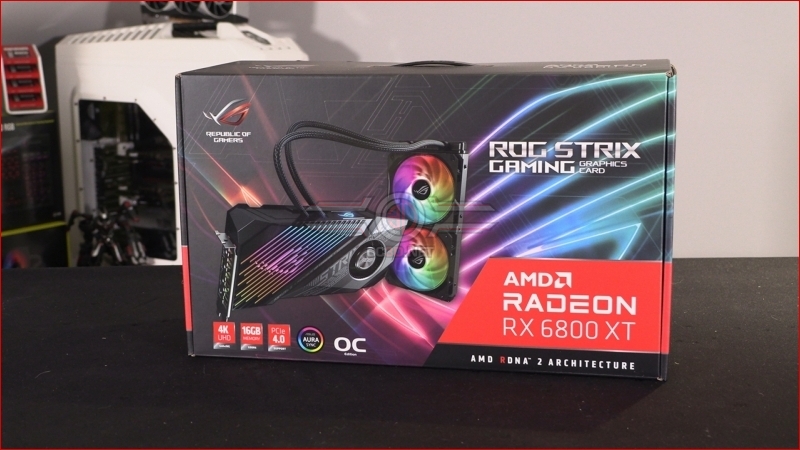 Heck the box is remaining tight lipped about the clock speeds you can expect, focussing instead upon the cooling going on under that RGB heavy shroud. So let's look at it up close, or as close as we can get to a card with tubes everywhere. 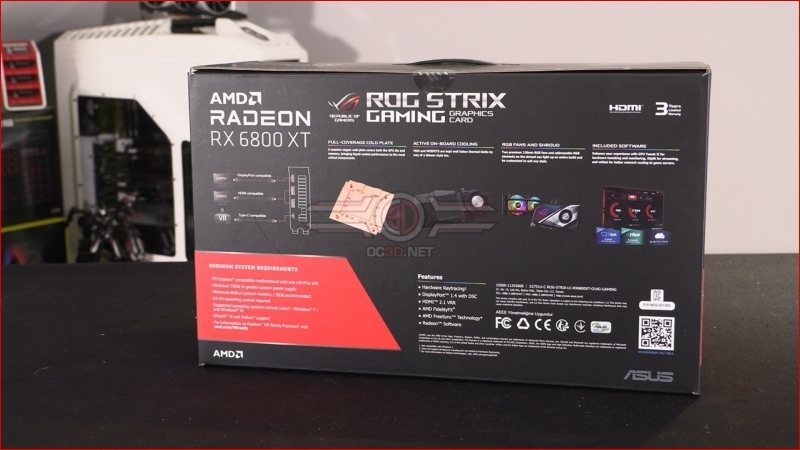