The first thing that strikes you in the size. If you've been paying any attention at all to monitor designations you'll know that the numbers, particularly on ASUS products, indicates the size, and yes this is a 43" monitor. If you're the type of person who has your display barely behind the keyboard then it might require some rearrangement of your setup. 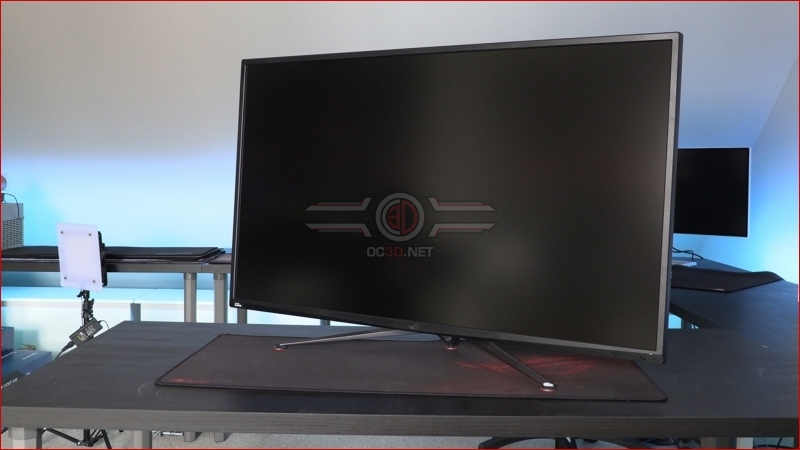 The Zenith II Extreme Alpha is one of the biggest motherboard boxes we have on hand, and the PG43UQ totally dwarfs it. If you subscribe to the ideology that bigger is better so biggest is best, we think you'll have no complaints with the latest Swift. 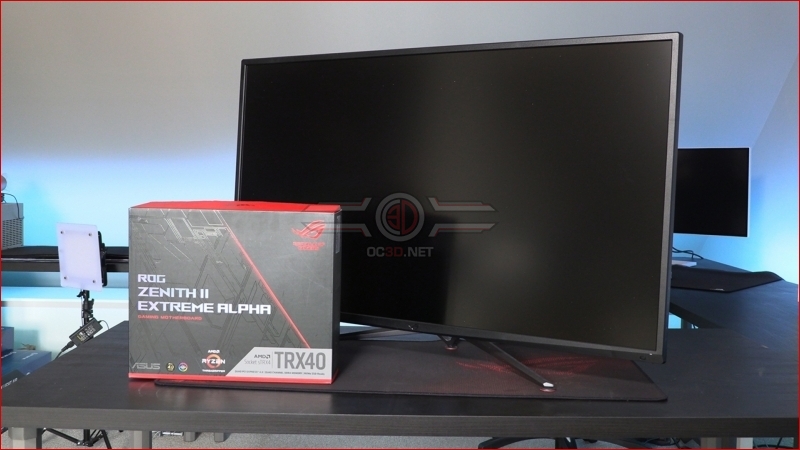 The stand is very robust, as such a large display will need. There is some tilt, but that's about it. Then again this is hardly the display you'll use for your Tate SHMUPs and Virtual Pinball cabinets. It's all about bringing you closer to the action, and making that action look epic. 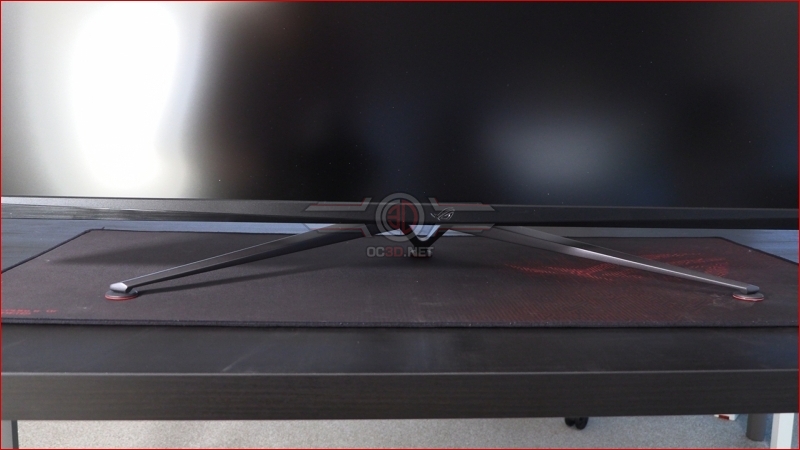 The feet are larger than we normally see on this type of stand - mainly television ones - and there is a lot of grip from the rubber pads. If you worry about unexpectedly moving such a large display, fear not. 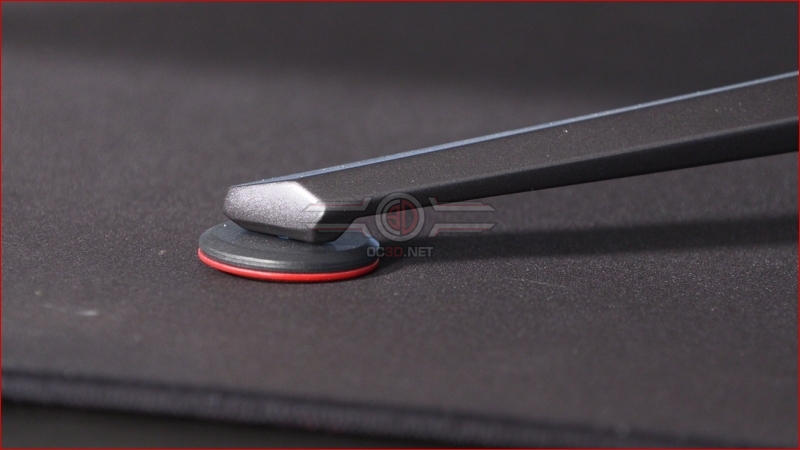 With such acreage available the designers at ASUS have placed the biggest ROG Eye we've ever seen on the reverse of the Swift PG43UQ. With the other side dominated by the circuit board effect we've seen on a lot of their other products it's a monitor that will blend perfectly into your all ROG setup. Very much the opposite approach to that we saw on the MSI Prestige. 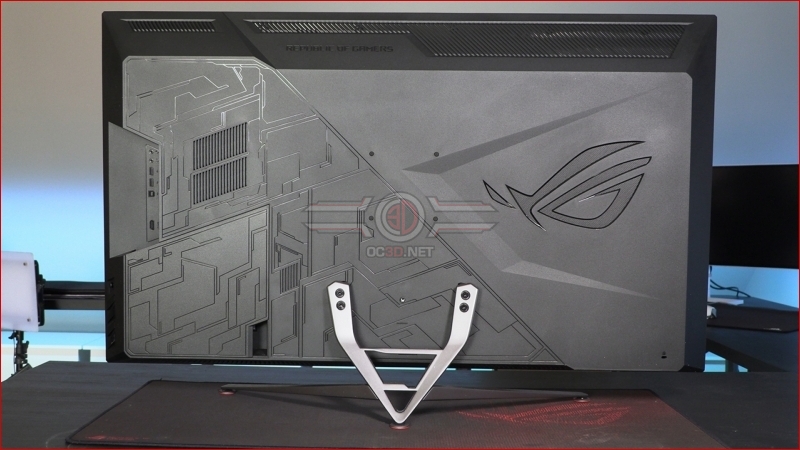 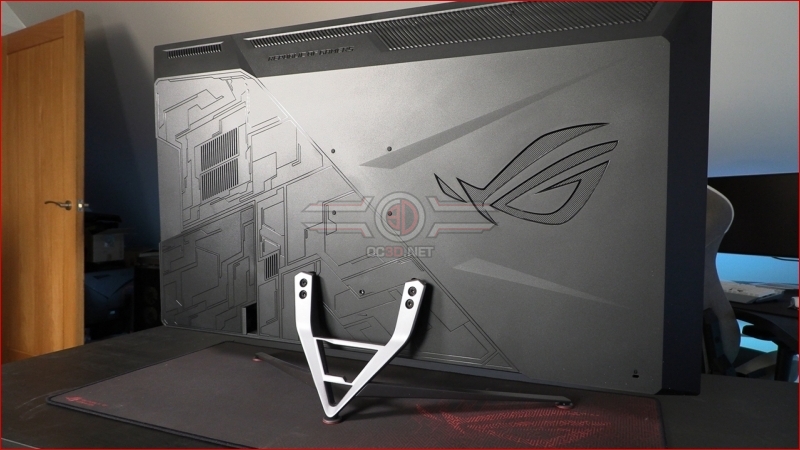 Lastly, before we get on to the detail elements, the OSD controls are easy to find and use. We are particularly keen on the tactile obviousness of them. How often have you been fumbling about with four identically sized buttons trying to remember exactly which does what. If the idea of putting your fingers on the monitor fills you with revulsion then you'll be pleased to know a software control package is available that eliminates any fumbling at all. 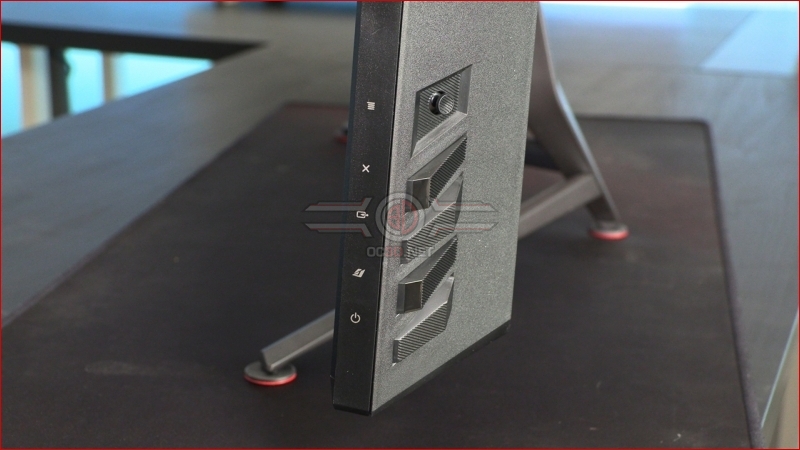