As you would expect from a card at the lower end of the market the box is more about giving you a glimpse of what is beneath the hood, instead of shouting from the rooftops about elements way outside the remit of the RTX 3050. That's okay though, not everything has to be all singing and dancing, sometimes pie and mash is enough to keep your appetite sated. 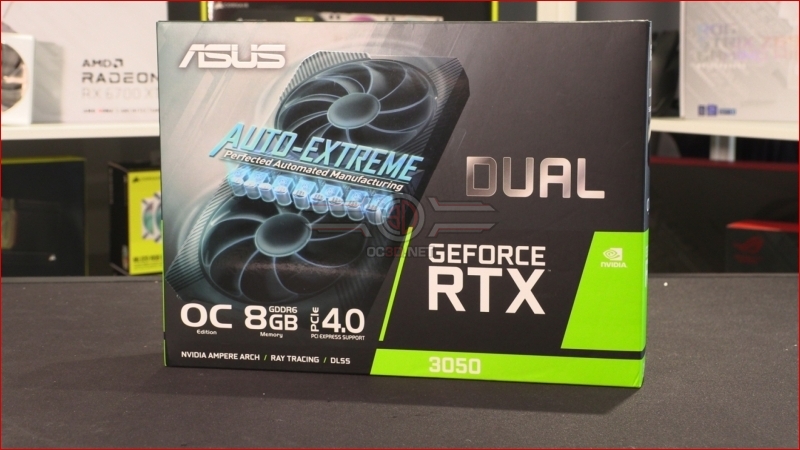 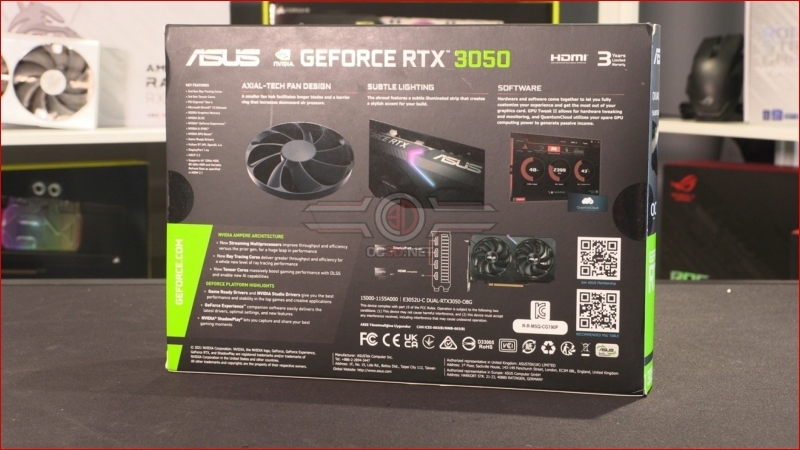 It's easy to forget how big modern high end cards have become until you compare a card such as the ASUS RTX 3050 OC Dual to them. It's tiny, but perfectly formed. All the needs to be and nothing more. 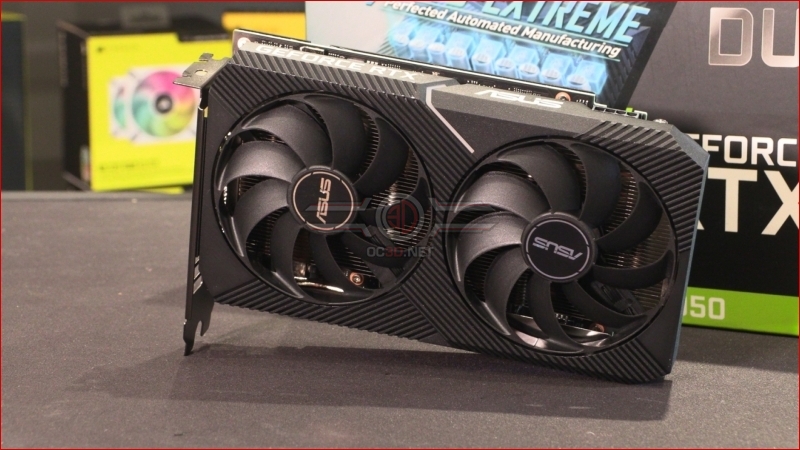 If you prefer to keep your card hidden away within the depths of your system then the backplate of the ASUS does nothing to help you. It reminds us of the old Dazzle Camouflage on warships. It's attention grabbing if nothing else. 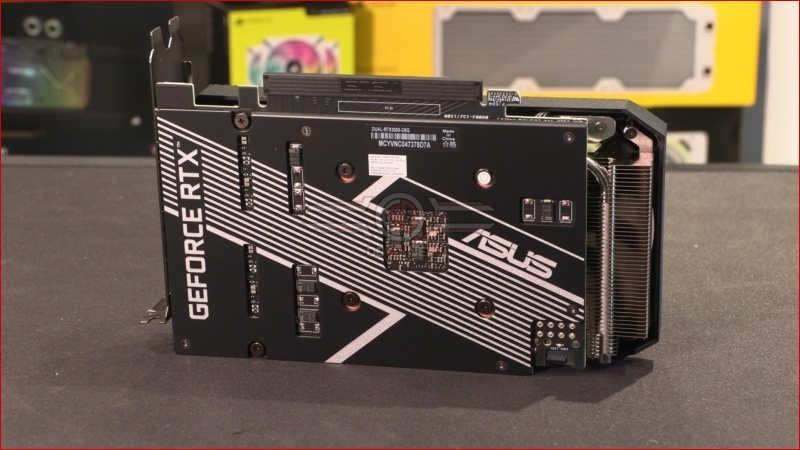 With the new Nvidia GPU placing a heavy emphasis upon efficiency it means that ASUS don't need to give the RTX 3050 a massive triple slot cooler, but instead their axial fans and carefully designed heatsink are enough to keep the OC Dual cool whilst also being compact enough to fit in a reasonably sized case. 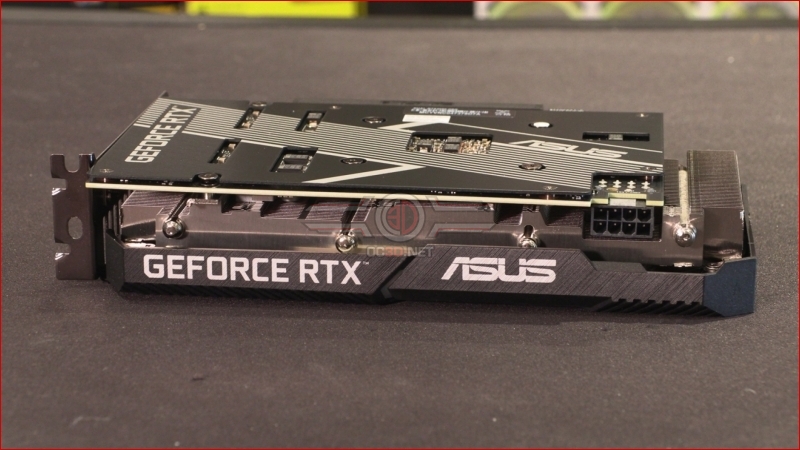 At the business end of the RTX 3050 we have an HDMI 2.1 and three DisplayPort 1.4a ports ensuring that if you fancy using the RTX 3050 as the basis of an 8K office machine you're well covered. You're covered if you want to game in mental resolutions too, just the card is unlikely to give you a smooth frame rate above 1440. 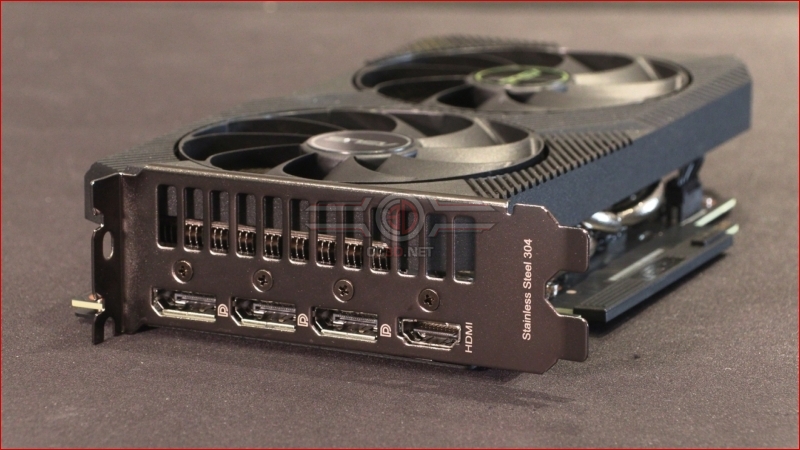 gijoe50000
I think these graphs would be a lot more useful if you just used one of each type of card, one 3080ti, one 3080, one 2080ti, one 1070, etc.
Nobody really cares about 1-2fps between different models of the same card, especially when it's not the card that's being reviewed, and more especially since anyone interested in buying a 3050 will most likely be upgrading from a 1050, 1060, etc, so lower end, older, cards would be much more interesting for potential buyers.Quote
Reply