How Does 3D Work? 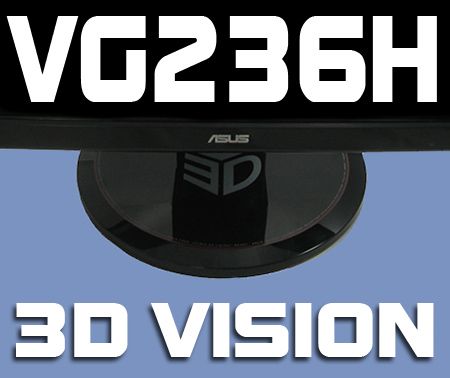 How Does 3D Work?

If you're of a certain age then you probably have memories of Tomorrows World and their demonstration of what is now called Anaglyph 3D.

For those of you who are too young to remember, or had better things to do than watch Judith Hann, Anaglyph 3D is the famous red and cyan glasses that came free with your Sunday Paper/box of Rice Krispies/Beano. 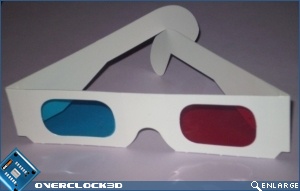 These worked by using opposing colours and a pair of glasses with a filter so that one eye saw one part of the image and the other eye saw the other section. These would then be combined in your brain to produce a single image with slight 3D properties, as below. 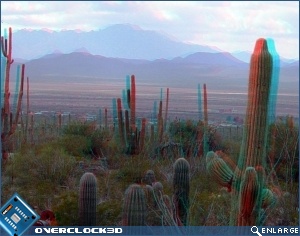 However there is one obvious drawback with this method. Despite looking like a fool with your multicoloured specs, the colour of the image is hugely compromised. The other aspect is that it's far more suited to having stuff pointed at you, than supplying any depth. So your brain comprehends the image itself as the back-plane, and then everything else is in front of it. This is why if you've ever seen any Anaglyph 3D programs or movies you find they are packed full of waving feather dusters, sharks jumping towards you and similar cheap tricks.

Stereoscopic 3D is the method adopted by all major movie companies now, and nVidia with their 3D Vision. This is pretty much the exact opposite of Anaglyph technology. Whereas the Anaglyph glasses can be used by anyone and the images displayed on any television or monitor, Stereoscopic technology is expensive and requires swathes of specialist technology to provide the effect. Anaglyph gives a terrible quality image with distorted colours, Stereoscopic 3D is pin sharp and gives amazing colour reproduction. The image you see is as good as the source, rather than greatly compromised.

Instead of having slightly offset images within a single image, like the cactus above, Stereoscopic 3D has two offset images side by side as in the image below. In fact if you are capable of the cross-eye method of magic eye viewing you can see the 3D yourself using the large version of this. Not that I recommend ever crossing your eyes.

So we know what it is, how does the Stereoscopic work?

Depth perception is provided by our eyes being slightly apart and so they both see a slightly different image. By combining these our brain can quickly triangulate the distance of everything and so we have a sense of depth. Objects much nearer our eyes have images much further apart than objects far away. Cue the Father Ted "Dougal, these are very small but those are far away" speech.

You can quickly test this right now so what I'm saying is clearer. Face the centre of your room, extend your arm and raise your palm. If you close your eyes alternately you notice that your eyes see vastly different views of your hand compared to objects on the other side of room. The other way to understand it is to keep both eyes open and place your hand at the end of your nose covering one eye. You can see the screen still but have a 'ghost' image of your hand as well. So if you close your eyes alternately you see your hand or the screen.

Now hopefully you can see how amazingly powerful our brain is at combining what each of our eyes see to provide us with a single view, despite each of our eyes seeing something very different. This power is exactly what is used with Stereoscopic 3D.

The secret is the reason that the monitors are so expensive. Most monitors refresh the screen at 60hz, so they provide an image every 1/60th of a second. This is exactly why having a frame-rate higher than 60fps is vital for V-Sync, and also why any frame-rate above 60fps should be used to improve image quality because it's "lost" as the monitor can never display it.

3D capable monitors need to refresh on a 120hz cycle, so providing a new image every 1/120th of a second. The IR emitter then sends a signal to the glasses to alternate each lens between opaque and transparent so each eye still receives the requisite 60 images a second, depending upon which image for which eye is being provided by the monitor at any given time.

Because this can then be manipulated by the drivers to adjust how far apart each part of the image is, and therefore where your brain perceives it to be, not only can we have stuff popping out to us as it always has but the major thing we get is depth. So instead of having a flat image with objects appearing on top of it, we have an image that appears to stretch into infinity, and also objects in front of the monitor too.

Anyone who has been and seen a 3D movie in the cinema will understand, and hopefully those of you who haven't had the pleasure now understand a little better at how the effect is achieved.