It's not often that we see a new benchmarking utility stroll into town, daring us to bust out some hardware and crunch a lot of numbers. This week, Basemark's Basemark GPU 1.1 benchmark has landed on our doorsteps, a multi-platform, multi-API tool that can give us yet another way to look at our hardware.

One of the main draws of Basemark GPU is its support for multiple graphical APIs, shipping with support for OpenGL, OpenGL ES, DirectX 12 and Vulkan in version 1.1. In version 1.2, Apple's Metal API will also be supported, allowing Basemark GPU to run on iOS and MacOS devices. This utility will allow us to see how much of an impact modern APIs can have on our hardware, though today our testing will be limited to OpenGL, DirectX 12 and Vulkan on our Windows 10 test system. We have no plans to test this benchmarking tool on Linux or Android operating systems.

Basemark GPU is designed with Windows, Android and Linux support in mind, with MacOS/iOS support planned for a later version. As a PC-centric website, we will be using a Windows 10-based test system, the most popular OS amongst gamers today. 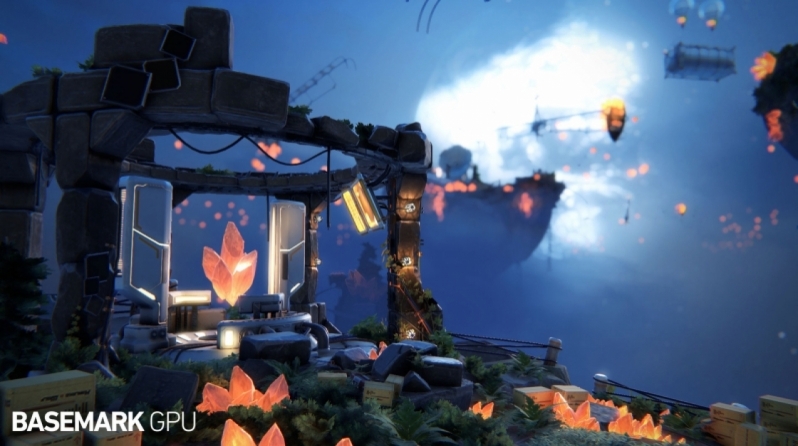 OpenGL VS VulkanA lot of our testing will be a showdown between the Vulkan, OpenGL and DirectX 12 APIs using Basemark GPU's High graphical setting and various resolutions within the benchmark, giving us a clear indication how much performance the newer graphical APIs can bring to the table. We will also be comparing gaming hardware from both AMD and Nvidia on each graphical API, allowing us to see which GPU brand this benchmarking tool favours.

No benchmark test would be complete without a selection of GPUs, which in this case covers Nvidia's GTX 10-series and AMD's RX Vega and RX 500 series graphics cards. We have replaced our RX 480 GPU with its RX 580 equivalent, giving us a fairer comparison point between AMD/Nvidia's modern graphics card lineups. 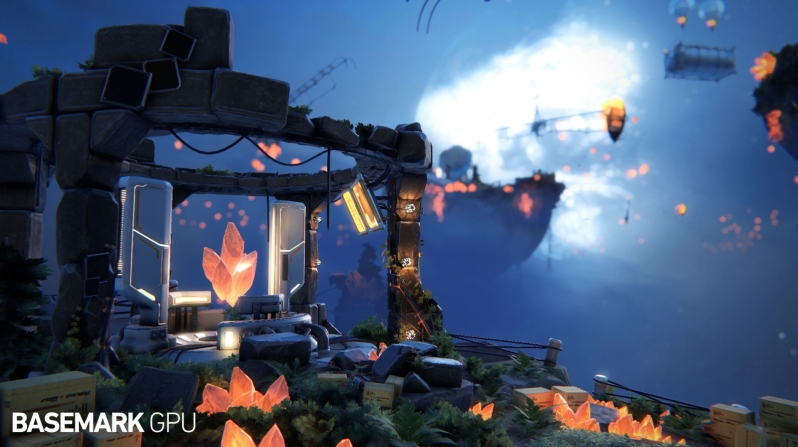 DriversThis is where things start to get a little tricky. While using Nvidia GPUs, we found that the benchmark ran flawlessly when utilising the company's latest Geforce 417.01 WHQL drivers, on the AMD side we made use of the company's 18.11.2 drivers.

Thankfully, Basemark GPU has addressed their incompatibility issues with specific AMD Radeon drivers since the release of Basemark GPU 1.0.

grec
Given Vulkan is a direct evolution of Mantle's source code it's intriguing to see DX12 still hold a small advantage on AMDs cards. I guess it could be down to the Xbone's use of both GCN and DX12 putting more optimisation work into the combination than traditionally considered worthwhile(Low level APIs are much more dependant on game/app/API side optimisations than driver side; Most work AMD/NVidia do for DX12/Vulkan games are for the game code itself rather than their drivers).Quote

looz
It's also quite closely related to modern OpenGL isn't it? Though I'm not a graphics developer, rather not a developer at all, but my understanding was that modern OGL allowed devs to operate with little abstraction, but the API is a convoluted mess overall.Quote

grec
While Vulkan is the successor to OpenGL and is also maintained by Khronos group and has an externally similar syntax regarding the developer-facing API calls (Very C-like), the code-base itself was built entirely from scratch (By AMD) and I believe has no legacy code from OpenGL whatsoever.Quote

looz
With some Google-fu it seems that the strongest (api) relation between the two is that there's a library which allows running OpenGL ES on top of vulkan using something called GLOVE.