When it comes to SSDs we all should know that the newest NVMe storage protocol offers the most performance, but sadly these come with such a huge price premium that they are simply unaffordable for most PC builders.

Today standard SATA drives offer the best price to performance, coming in at huge capacities while at the same time offering fast read and write speeds. Right now some SATA SSDs are so fast that they are often limited by the SATA specification itself, rather than NAND speeds or controller speeds, making it increasingly hard to differentiate between what is a good and what is a great SSD.

With the release of the Neutron XTi series Corsair planned to create an SSD which was reaching the limits of what SATA III had to offer, delivering read speeds of up to 560MB/s and write speeds of 540MB/s, while offering a 5-year warranty and capacities of up to 1920GB.  They also use MLC Planar NAND and deliver speeds that are competitive with the highest end SATA SSDs on the market. 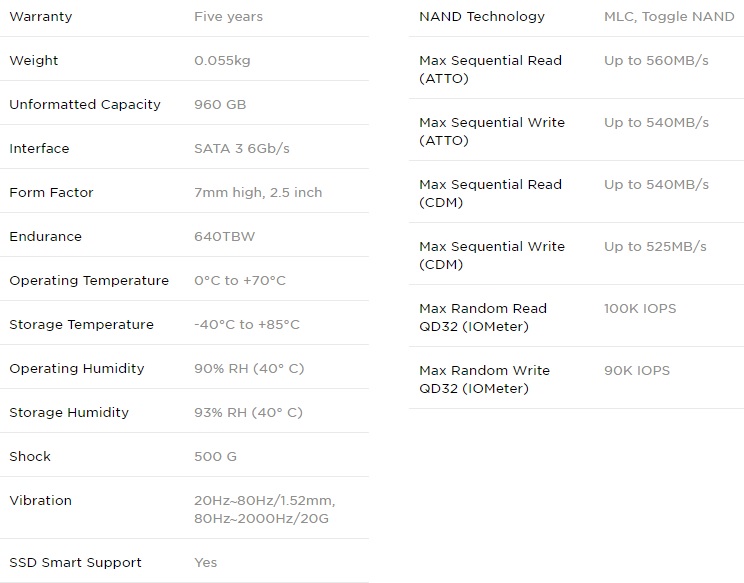 Kushiro
Oh another review by WYP. Gotta say, for the price, doesnt look like I will be swapping out these 2TB EVOs anytime soon.Quote

Dicehunter
Wouldn't mind a 960GB SSD although it's a little out of my range at this moment.Quote

Mike-Irish
Ha anyone got any idea of a price for this SSD?

And haw it compares with the likes of the Samsung's equivalent .

Greenback
Quote:
In the conclusion

"At £379.99 for the 960GB version, £167.99 for the 480GB version and around £760 for the 2TB version these drives are certainly not the cheapest SSDs on the market, though they do offer some of the best performance that is possible on SATA today. "Quote

WYP
Quote:
This drive is designed to be a competitor to the Samsung 850 Pro with similar pricing, with the Samsung drive having the advantage of faster 3D V-NAND and this Corsair Drive using more chips of traditional planar NAND.

Corsair has made some smart decisions when it comes to this drive's firmware and controller setup, though given the limitations of SATA etc both the 850 Pro and the Corsair Neutron Xti will perform very similarly during day to day use.