We have often spoken here at OC3D about the different resolutions available and how it's important to choose a monitor that can be fully utilised by your graphical hardware. Sure a 4K monitor might seem like a high end idea, but if you're only running a lower end GPU then you'll never experience it at its utmost. We've always felt the sweet spot between image quality but also having enough pixels to shift that you don't require a lottery winning system to push high frame rates is 2560x1440. This is doubly true because panel technology is such that you can get 1440P monitors running at much higher refresh rates than 4K ones, and we all know that a high refresh rate can be the difference between ignominious defeat and glorious victory.

Speaking of which, Corsair have entered the display market with their first monitor, the Xeneon 32QHD165. One thing we like about monitors is how they're usually simple model names and this is no exception. It's a 32", QHD (1440P) 165Hz monitor. Naturally you wouldn't expect Corsair to stick to something without a little flair, and the Xeneon 32QHD165 has you covered. The panel is a Quantum Dot number, which utilises small, more energy-friendly dots to produce the image. Not all Quantum Dots are the same but generally the benefits are their incredibly small size which gives you excellent definition. Beyond the Quantum Dots the Corsair Xeneon supports VESA DisplayHDR 400, the officially certified HDR 400 specification. Anyone who remembers the early days of HD where there were genuine HD TVs and ones that were "HD Ready". HDR is currently undergoing a similar issue, but VESA DisplayHDR is the real deal, even if in 400 form it's not the ultimate experience.

The Xeneon 32QHD165 has a high quality stand with some cool Corsair specific features, as well as plenty of connectivity. Showing is better than telling though so let's get on to seeing the Xeneon in the flesh. 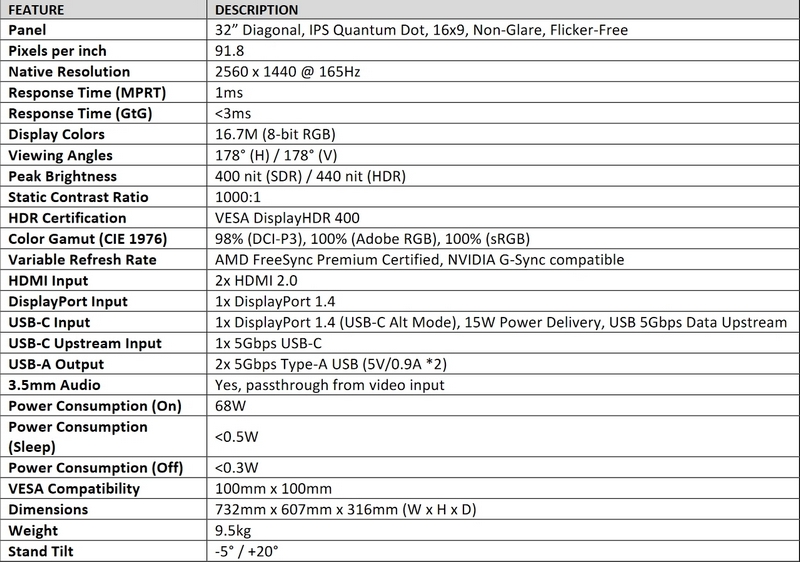 Deadtroopers
Very applaudible if not, perhaps, very affordable in comparison to other offerings; and I prefer 1600p panels myself - but that said, I think folk are reaching for things to criticise about this one. One but about it fitting their eco system: white/grey accents as in the case and keyboard beside and in front of it seem like a no-brainer. I wouldn't be surprised if a like SKU didn't turn up though.

I've perhaps too many cases but that white/grey aesthetic Corsair have been going with lately I like for some obscure reason.Quote
Reply