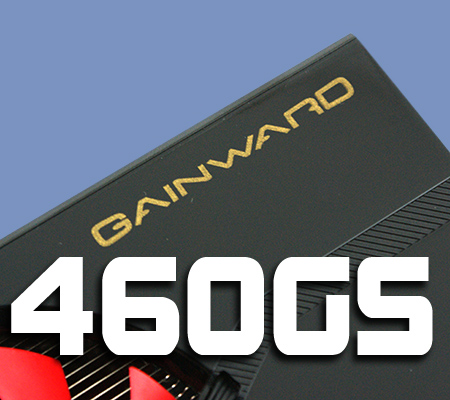 Gainward have been around as a company for over 25 years. However it's perhaps in the last decade, since their merger with Palit and the explosion in the PC Hardware market, that they've been a big name amongst the enthusiasts.

Their "Golden Sample" range was one of the first regularly overclocked and updated manufacturer variants of reference design graphics cards, regularly winning awards and being near the top of the performance charts.

Although many of us know them from many moons ago, most of you will know them from the last generation of graphics cards in which they produced many versions of the Radeon R700 cards and especially the nVidia GTX280 and GTX285. The Gainward "Goes Like Hell" edition was certainly one of the most up-front names since the Mitsubishi FQ. No you don't need a trip to your urologist, just the desire for a good performance product.

For the current generation though they have been a little quiet. But now they are back with a bang, both on the marketplace and here on Overclock3D.net, with the GTX460 Golden Sample.

If you've not been along to the Gainward site recently, then you'll have missed their overhaul and new logo. A very easy to navigate site that, most enjoyably, includes data for their old models too. Anyone who has tried to find information on their current card when updating, or discover what that dusty one is in their loft, will be thankful for a company who aren't so obsessed with "the new" that they forget their heritage.

So what does the 460GS bring us? Firstly we have 2GB of memory to help any potential frame buffer limitations, as well as a small overclock up to 700MHz.

Gainward have also fitted the 460GS with an improved cooler, so let's take a look.