The Gigabyte Sidekick turns that fiddling OSD adjustment into a simple, instant result, app. Whomever designed it needs to double check the default key combinations though as the ever popular CTRL+A, CTRL+C/V, CTRL+W just don't work if the app is running in the background. So load it, change your settings, save and quit. Or manually tweak the shortcuts. 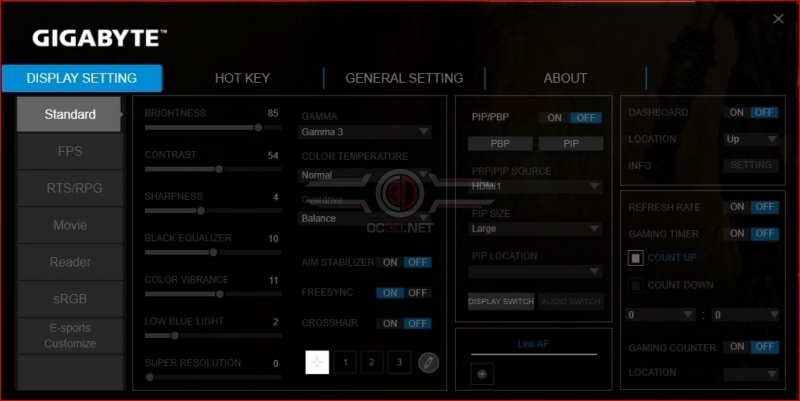 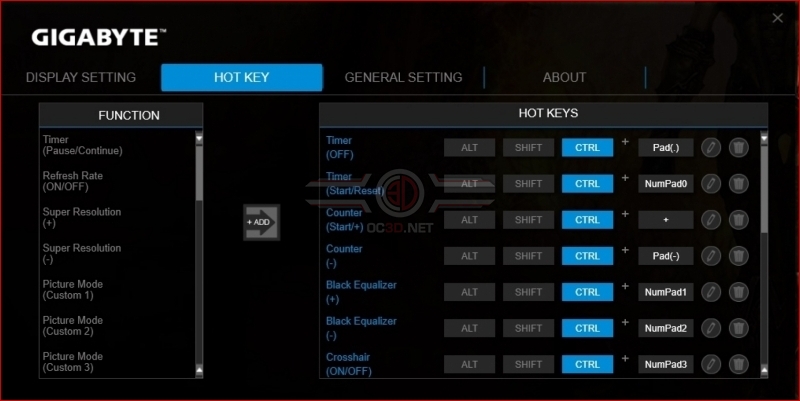 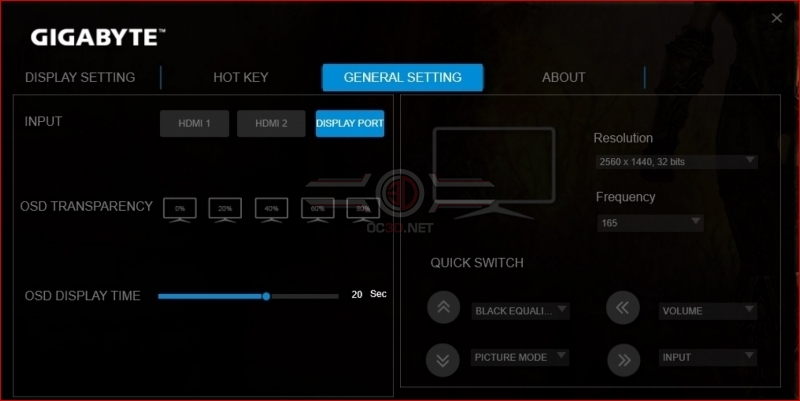 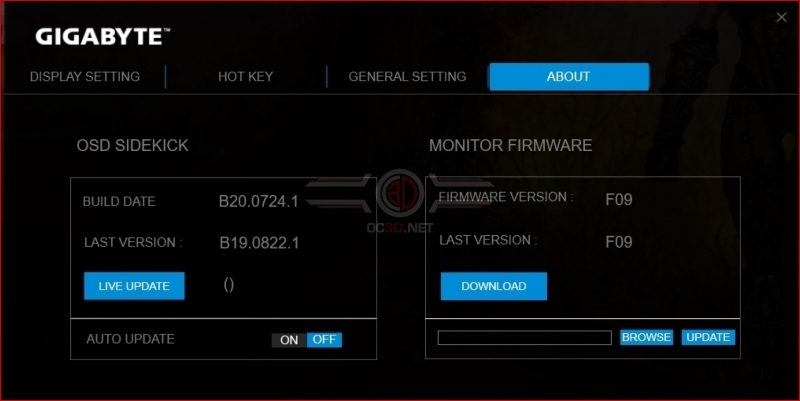 Photographing a screen never works out well and doubly so when you've got such a pronounced curve as the 1500R on the Gigabyte pair. Anyone want to send me a EOS 1D X-III and an L lens, hit me up. Suffice to say the banding issues apparent here aren't visible with your eyes, and the dirt bank behind the tree on the left is the best place to get a feel for the difference with HDR on and off. Either way the HDR is not the killer feature on these panels, think of it more as a nice box to tick on a spec sheet and something to play with for fun, but we wouldn't use it seriously, yet. 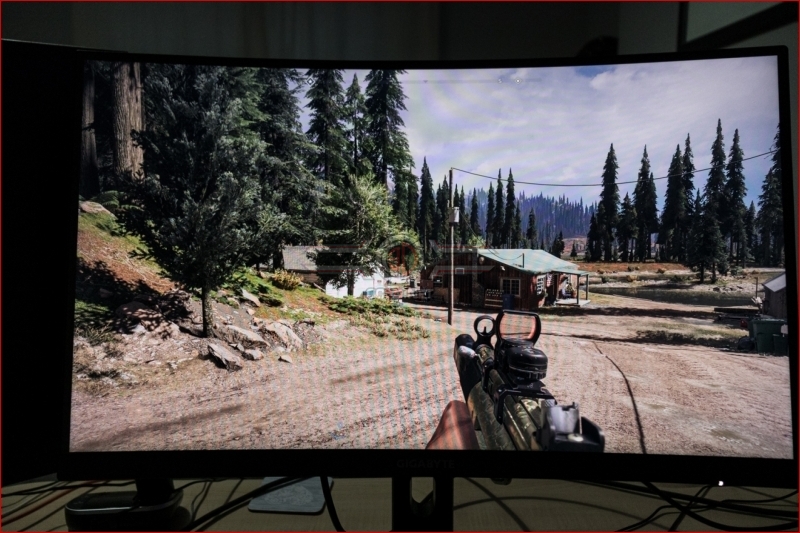 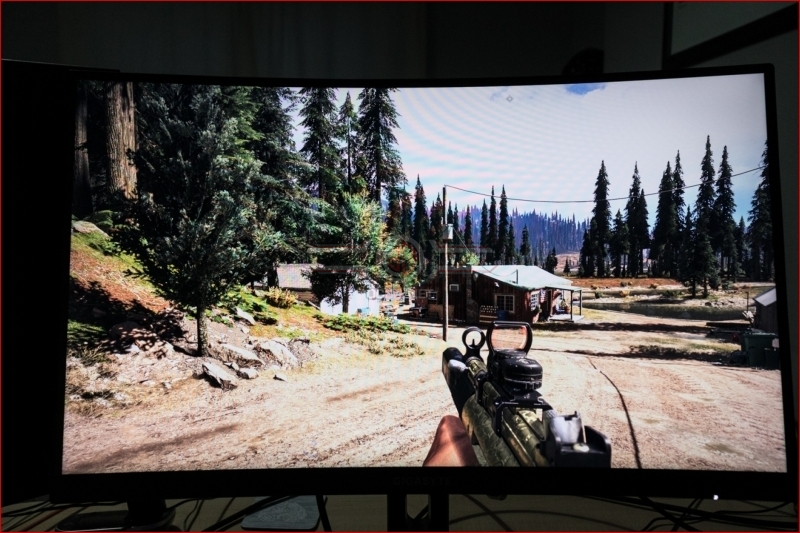 So why did we photograph the screen instead of taking in-game shots? Anyone who's tried HDR will tell you, screen capture software isn't that happy with HDR. Nvidia won't take them at all, whilst the Far Cry 5 in-game Uplay grabber brings these two abominations to the table, one so washed out it's ridiculous and one that looks like you're testing the extremes of an Instagram filter. 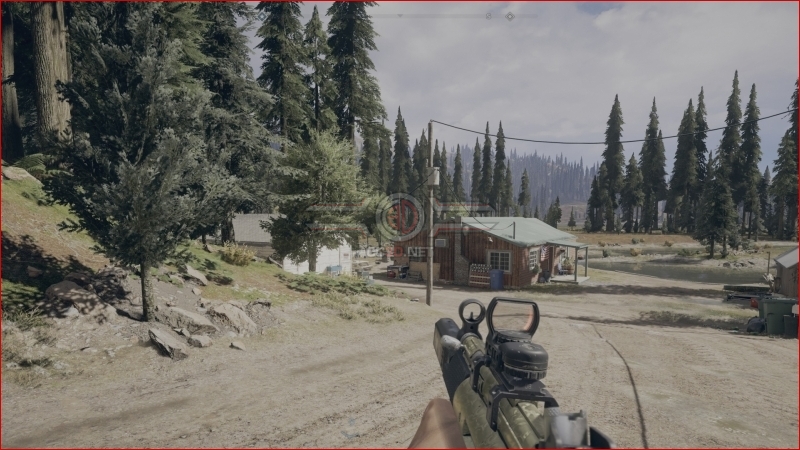 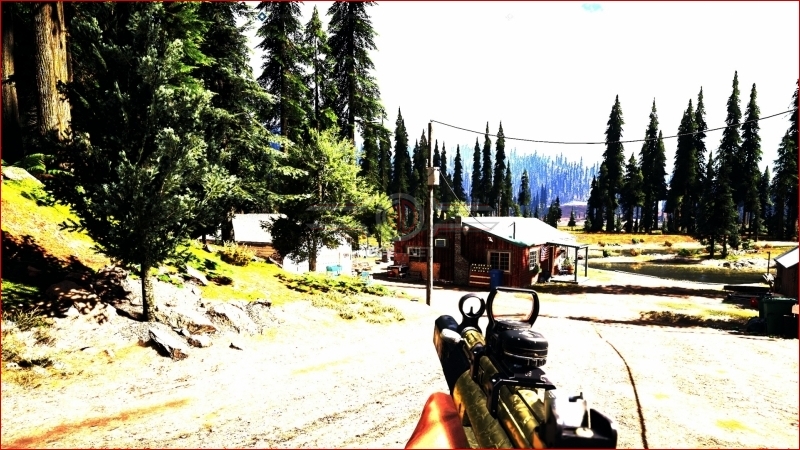 trawetSluaP
Very interested in the 27" version. Wonder how it compares to the Dell S2721DGF.Quote

Deadtroopers
Underwhelming. The iiyama GB3466WQSU is about the only recent display in the £350-450 bracket that has tempted me; but my daily is 2560x1600 IPS. Nowt wrong with the iiyama panel; but the lack of height at 1440 I find really, really, annoying.Quote
Reply