We often spoke about a more affordable card looking like it's bigger sibling being a positive attribute as it allowed you to have a system that fit within your budget without the graphics card appearing to come from a bargain bin. To all but the most keen eyed person you would struggle to tell the RTX 3080 Gaming from the RTX 3090 Gaming. 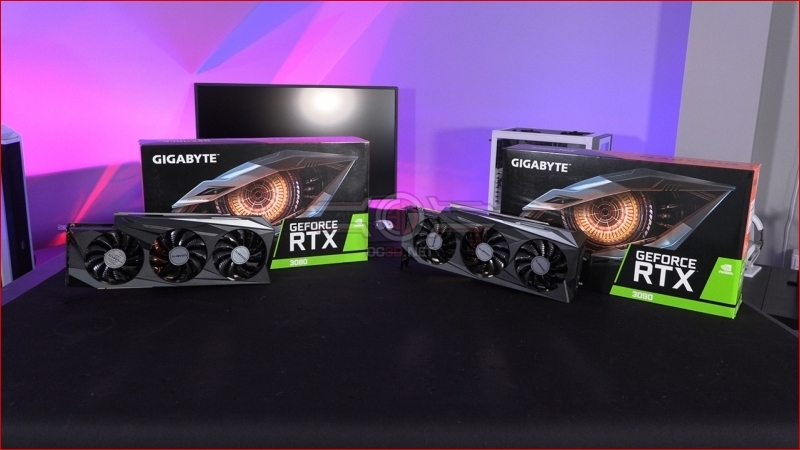 Even the boxes don't really give much away. Only the 10G vs 24G memory and a 9 where an 8 was will let you tell which is which. The benefits of a universal cooling solution. 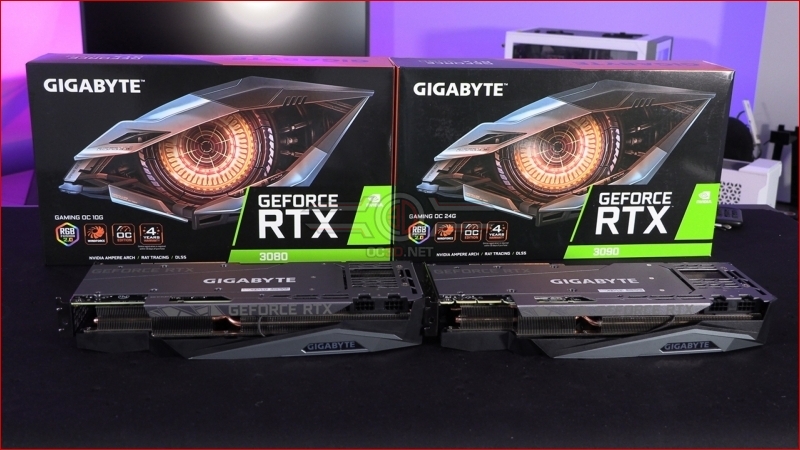 This is the spotters guide bit. The RTX 3080 is a plain ended PCB - bottom - whereas the RTX 3090 has the NVLink (SLI) fingers on it. It's the only external difference we can spot. 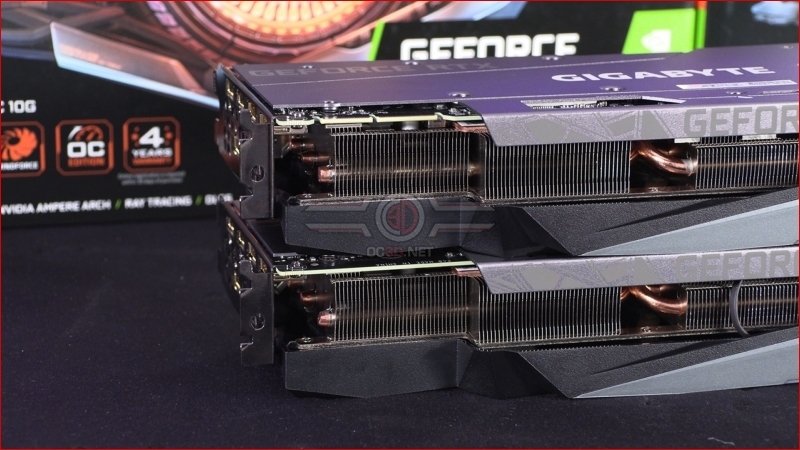 Even the business end of the card looks the same, with the RTX 3090 only requiring two 8pin PCIe power connectors, just like it's 3080 brother. We were expecting three 8pins on the RTX 3090 after seeing the three on the MSI Gaming X Trio, but nope. 16 for both. 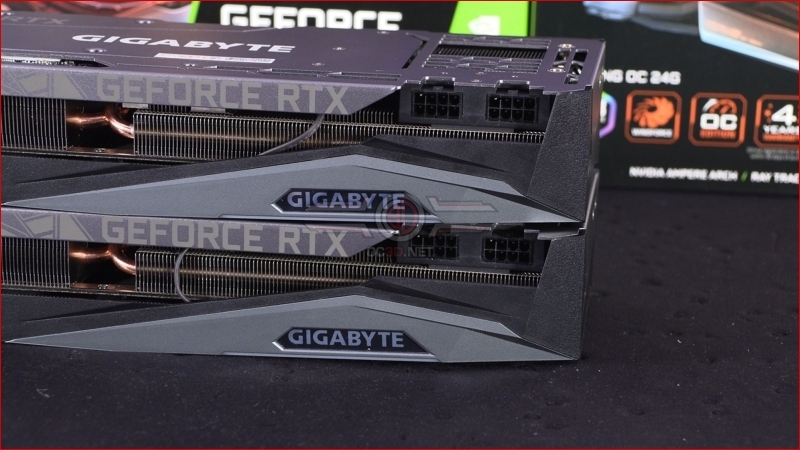 Hopefully now you know what to look out for on the external side of things you can tell which of these is which without us pointing it out. Don't they look grand stacked like those. Mmm lovely. 2 Grands worth of GPU. Hey Tom, send one this way... 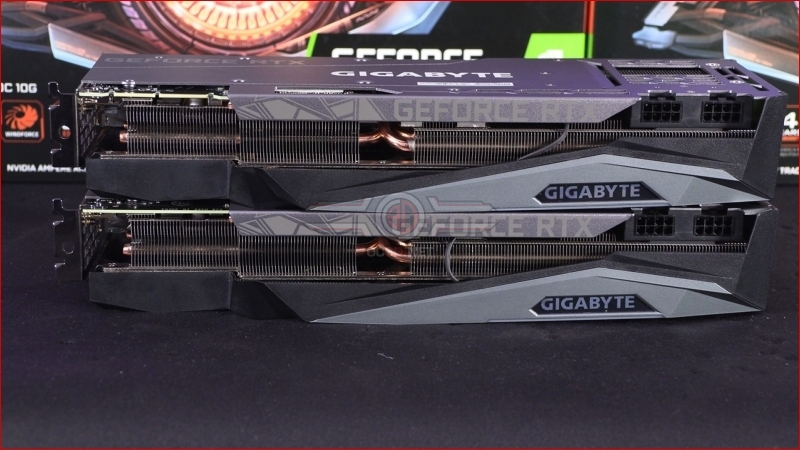 Even the backplate doesn't give away any secrets, besides the aforementioned fingers. We're not sure if we'd prefer the card branding to be on the back or not. After all, once you've gone to the trouble of screen printing GeForce RTX on the card you might as well stick four numbers on too. 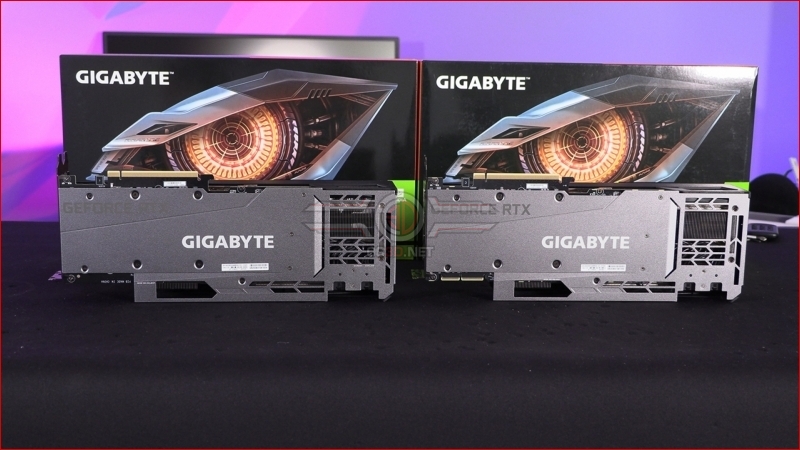 Let's look at the cooler without the PCB attached to it.