With the removal of a few screws, and a fair bit of courage, the Windforce 3X cooler slips neatly off the latest Nvidia PCB. Well, not quite an Nvidia PCB, but we'll get to that on the next page. For now we're focused upon the cooler itself and you can see there is a single connector that powers all the fans, with the two 8pin PCI power connectors mounted off the PCB keeping things as low profile as can reasonably be expected. 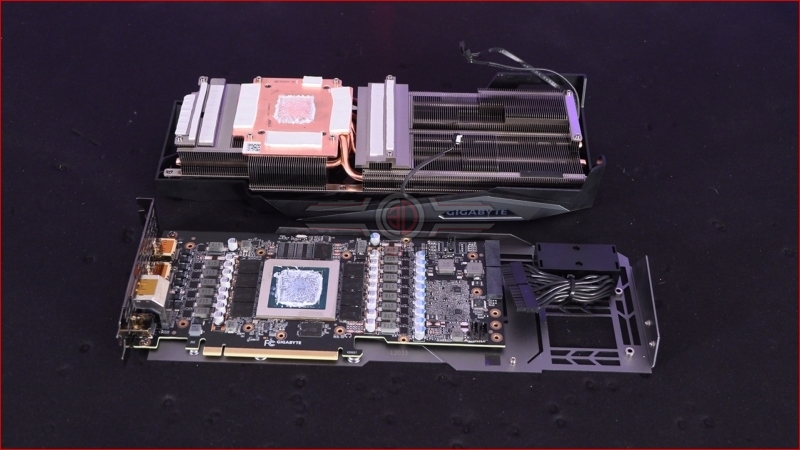 The Windforce 3X cooler is identical on both cards so we won't need to show which is which here. The backplate is more robust than it might look at a glance and will keep the PCB rigid whilst also helping vent hot air out of the back as well as through the sides - as is more common. 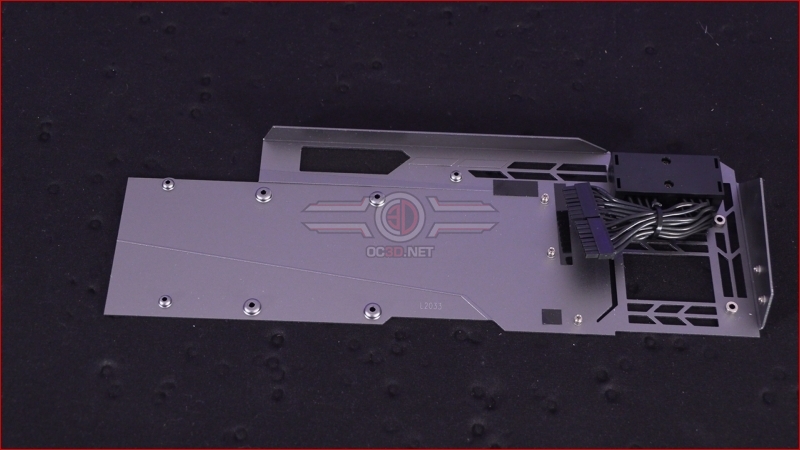 A closer look at the power connectors. It might seen an odd way to go about things, but it's actually a great way of lessening the stress upon the card itself when you plug and unplug things. We're not suggesting the Gigabyte soldering job is iffy, far from it, but anything you plug and unplug often stresses the connection. Far better to replace this cheap plastic item than the whole PCB... 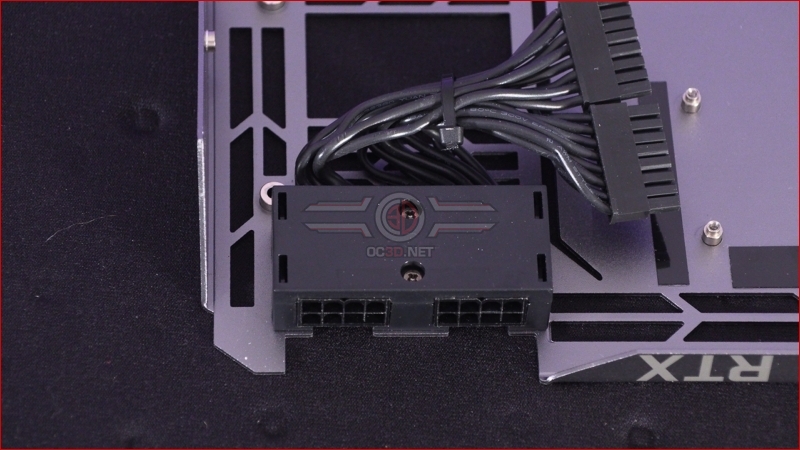 The Windforce 3X in all its glory. Three fans, more fins than we dare attempt to count without a magnifying glass and a slide rule, as well as the very thick, very smooth copper mount that leads to the heatpipes which rapidly remove any generated thermals away from the vital core. 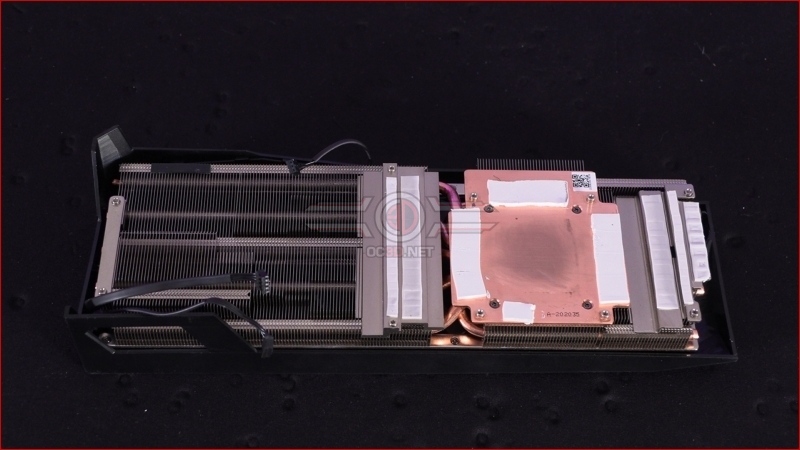 Here is that cooler plate in more detail. Both the RTX 3090 and RTX 3080 have the same sized thermal pads despite a difference in the number of GDDR6X chips on the PCB. One area the Gigabyte will begin to differ from the reference design is the thermal pads on the outside, silver, part. The Gigabyte card has difference capacitors than the stock design, which means there is a lower - nearer the camera - part of the plate to ensure good contact. This cooler won't fit on a reference design is what we're saying. 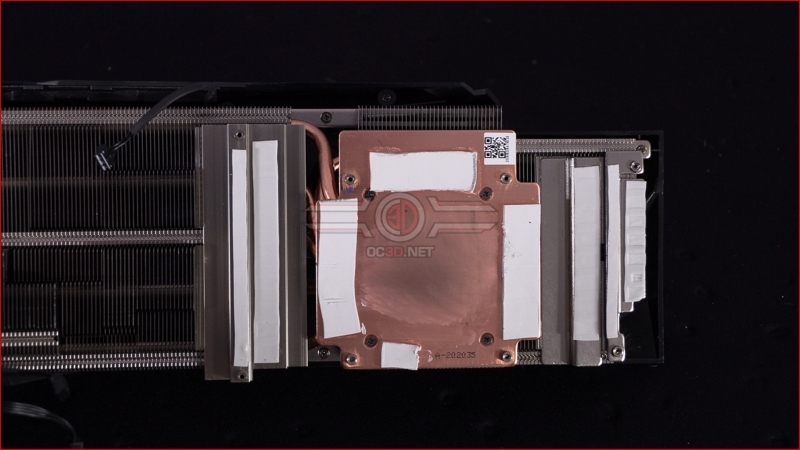 Mmm heat sink fins. These unassuming slivers of metal are the key to increasing the surface area of the cooler and thus how much heat can be dissipated without requiring an untolerably loud fan to push air across them. More fins = more cooling = more speed. We like fins. 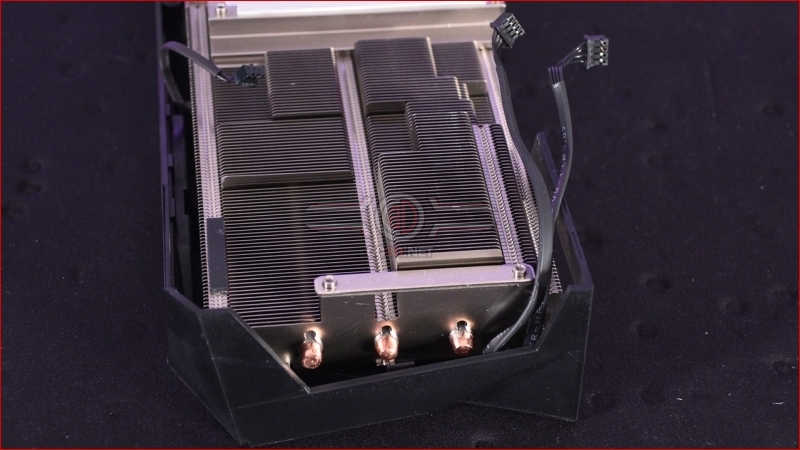 Although we're blurring the lines between this page and the next with this photograph it is primarily to show the 16 pin power connection on the PCB, plugged in via the adaptor you saw above. The keen eyed amongst you will spot other differences, but we'll go over those for the less keen-eyed on the next page. 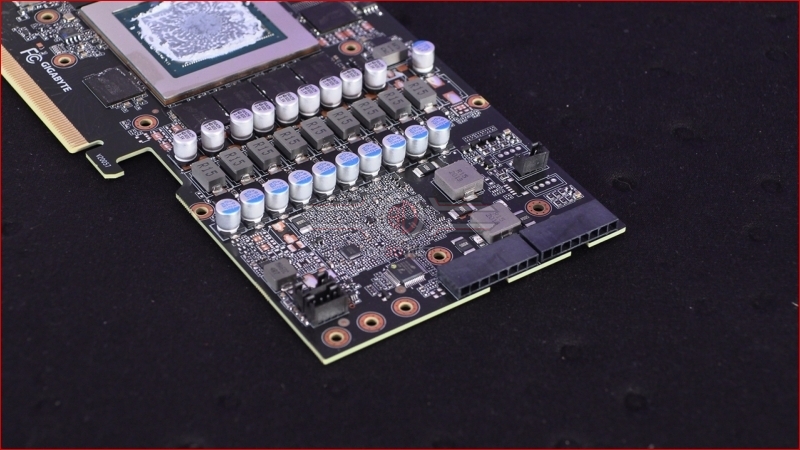