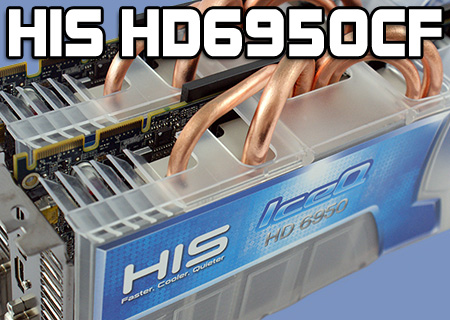 These kind of conclusions are always the hardest to write. Our results are so back and forth that it becomes nearly impossible, but we'll give it a fair go.

Single card performance is either amazing, such as in Mafia 2, or absolutely dire, Metro 2033. Crossfire is equally capable of sitting at the opposite ends of the performance spectrum. In The Witcher 2 it's only a few frames behind the behemoth of the Mars 2, but in Metro 2033 again it's still not very good.

Probably the most extreme example of this is Crysis 2. In the vanilla, out of the box, version both the single HIS HD6950 IceQ and Crossfire give great performance and playability. Yet when the detail level is ramped up for our DirectX 11 testing it doesn't matter whether it's single or Crossfire, the results are pretty shabby.

It would be easy to conclude from this that it suffers the standard architectural limitation problem, so as the stress on the card increases the performance drops off. But that clearly isn't the case because The Witcher 2 is about as tough as it gets, yet the HIS performs very well. Crysis Warhead in Gamer is fairly untaxing, but in Crossfire mode it barely gives an improvement at all.

All this makes giving a score rather difficult. It's alternately excellent and below average, yet with no obvious reason as to why the performance would vary so wildly. Usually we can point at how heavy the shader demands are, or how much anti-aliasing is applied. With the HIS HD6950 IceQ it's almost a case of tossing a coin with each new test.

We're very aware that the wildly differing results could be due to the old problem of dodgy ATI drivers rearing its head again. However as you have to use those drivers, then you can't look at one without the other. We can't say "the card is potentially great, just avoid the Catalyst drivers", because you haven't got a choice in the matter.

So is it worth recommending? The cooler is up to the usual high standards, being both cool and quiet. There is also no denying that it looks nice, and with the inclusion of Dirt3 in the box you're getting a good deal at around £230 each. However given the hugely varying results we'd recommend plumping for the more consistent GTX560Ti, or if you've got £450 ish to spend then the GTX580 is still where the smart money is spent.

The HIS HD6950 IceQ is like the girl with a curl in the middle of her forehead. If you want it for a particular title, then it can be very good, but when it's bad...

Thanks to HIS Digital for supplying the HD6950 IceQ for review. Discuss in our forums.

SieB
I have seen a few reviews for the various IceQ edition cards and most of them mention about the cooler not being up to scratch which I find amusing since this is meant to be the main selling point. They also mentioned how the performance compared to other version was not up to scratch either, WTF, HIS?

I'll give it one award though: The ugliest cooler design ever award

that is one STUPID looking card!!!Quote

WicKeDcHilD
Quote:
Slap a watercooling block on them and no one will care