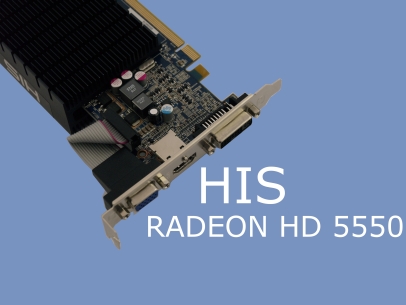 HIS' box designs are usually quite plain, mostly in white. The key features are mentioned on the front of the box while further details are available on the back 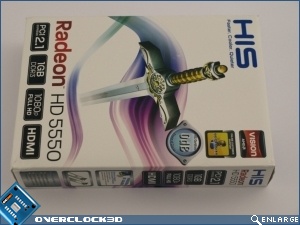 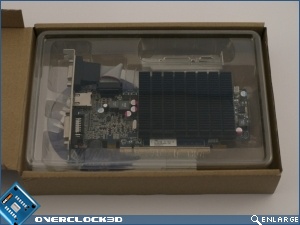 Upon unravelling the packaging, you'll find the bare minimums to get going. HIS have bundled a Driver CD and two low profile brackets in order to install the HD 5550 in shorter/narrower cases. 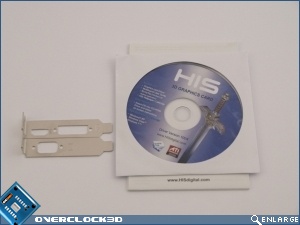 The HIS Radeon HD 5550 looks very plain in the flesh. Aside it's chunky heatsink that spans both sides of the graphics cards, it looks very much like the basic Radeon 9200SE style products of the past. Also note that there is no Crossfire port. 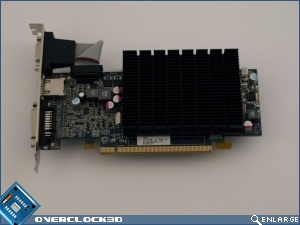 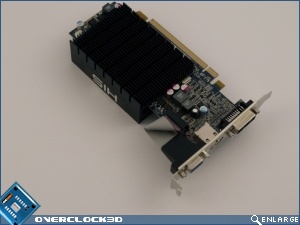 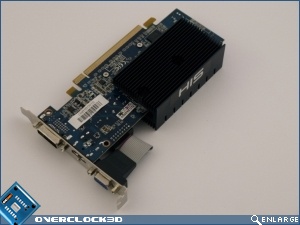 As previously mentioned, there are three display outputs available; VGA, DVI and HDMI. The VGA port is modular. Thus, if you wish to fit the HD 5550 inside a low profile case, you simply remove the port in question and replace the I/O bracket with the shorter plates included in the box.