Introduction - What does Resizable BAR do?

Resizable BAR is quickly becoming a must-have feature for modern graphics hardware, allowing PC gamers to make the most out of their graphics card's memory (VRAM) by enabling more efficient CPU-to-VRAM transfers.

What is Resizable BAR, and what does it do?

Resizable BAR is an optional PCI Express feature that gives processors access to a graphics card's full frame buffer and allows CPU-to-GPU transfers to be made more efficiently. This allows CPUs to utilise more of a graphics card's video memory and allows transfers to be made at a faster rate by allowing them to run concurrently instead of sequentially.

This improved memory access can allow PC games to run at higher framerates, with Nvidia recording an up to 11.9% performance improvement in supported games when using an RTX 3080 graphics card on a supported system. Resizable BAR support can deliver higher framerates in existing games, and future games may utilise this feature more explicitly to deliver stronger results.

With performance gains as high as 11.9%, Nvidia couldn't wait for future graphics cards released to enable Resizable BAR on their products, especially given AMD's strong support for the standard. 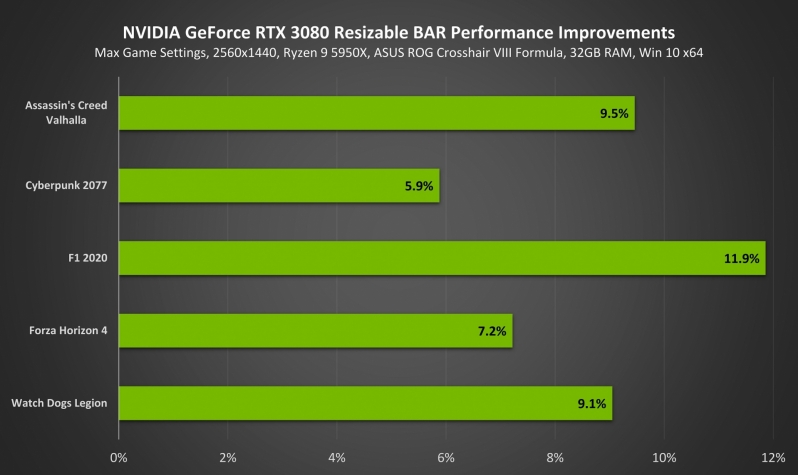 - Updating the BIOS of our Gigabyte RTX 3070 Gaming OC

- How to update other RTX 30 series graphics cards

At the time of writing, Resizable BAR support is not available on all games. Nvidia's software implementation of Resizable BAR technology is still in its infancy. Nvidia is quickly ironing out bugs to deliver game-specific support for the Resizable BAR standard, having already adding support to 17 popular PC games.

Over time, Nvidia will add more games to this list and may be able to open up the feature to all PC games at some point in the future. As Nvidia's drivers continue to be update, Nvidia's Resizable BAR support will get better. 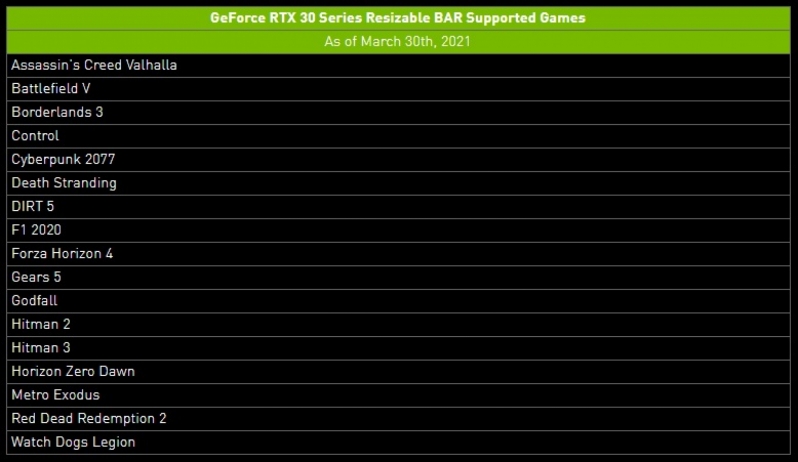 Excalabur50
No bios yet for my card

Wraith
Quote:
No card yet for my Bios

WYP
Quote:
It is a real shame that the GPU market is such a mess ATM.Quote