When finding a area to benchmark in a game you need to look at two things, firstly where is the most demanding location that you can find within the game and a way to go through that kind of area in a repeatable way which provides us with the same framerate time after time.

What I quickly found when playing the game was that when inside a car the framerate usually took a large hit, a larger hit in framerate to that of being in combat while on foot, which made a driving section of the game just perfect for a demanding, yet repeatable benchmarking run.

Typical gameplay in Just Cause 3 will have higher avarage and minimum framerates, but when benchmarking you must always look at the worse case scenario.

At maximum settings both the GTX 960 and the R9 380 perform almost identically, but as you lower the settings we can see that Nvidia's GTX 960 quickly gains an advantage, which was something that became very apparent during our demanding car chase benchmark section.

Average gameplay while on foot is very similar between both of these GPUs, but here when the going gets tough our AMD GPU takes the back seat, which is a real shame. 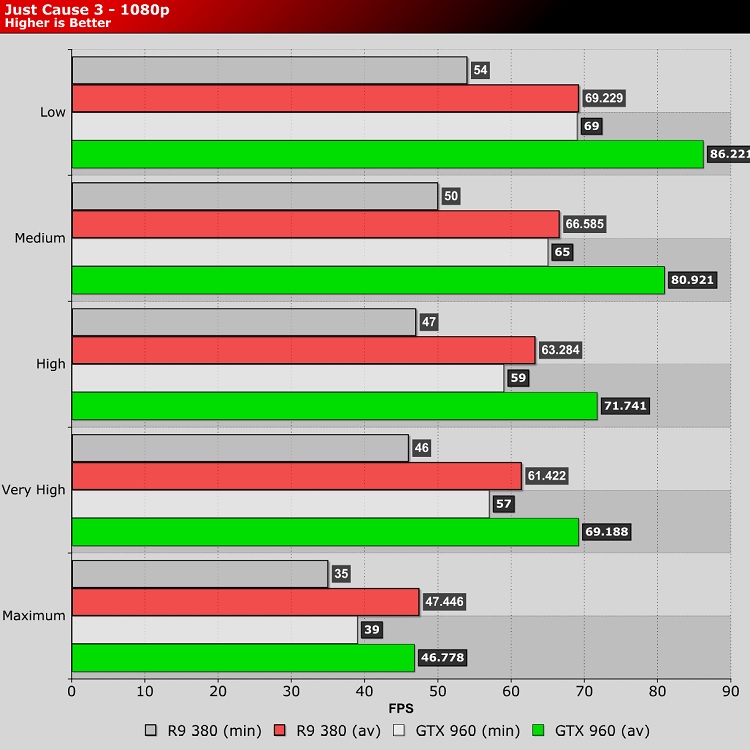