As we saw in the last page AMD's R9 Fury X performs very similarly to Nvidia's GTX 980Ti at 4K, but as we lower the resolution we see that AMD is really hit hard by something in the game that prevents them from achieving high framerates.

At 1440p and 1080p AMD's R9 Fury X is barely able to increase the games minimum framerate, which is very disappointing. Nvidia really takes the lead as the settings get lower and the framerates get higher but we really can't see why.

Since our benchmark run is just a typical drive through a few town as high speed we wonder why AMD has such vastly different performance from Nvidia, especially when in other areas of the game AMD performs so similarly.

It is clear that some work need to be done by AMD to solve what exactly is giving AMD lower performance in these areas, especially since they did not have a day 1 game ready driver. Hopefully AMD will do the same as what they did will Fallout 4 and release a new driver which will rectify this problem, but at this point it is hard to know whether it is AMD or Nvidia's GameWorks middleware that are to blame for AMD's problems here.

Hopefully this AMD issue will be fixed in a future driver or a game patch, as it really makes driving and some other fast forms of movement in the game much more visually jarring when the framerate takes a plunge. 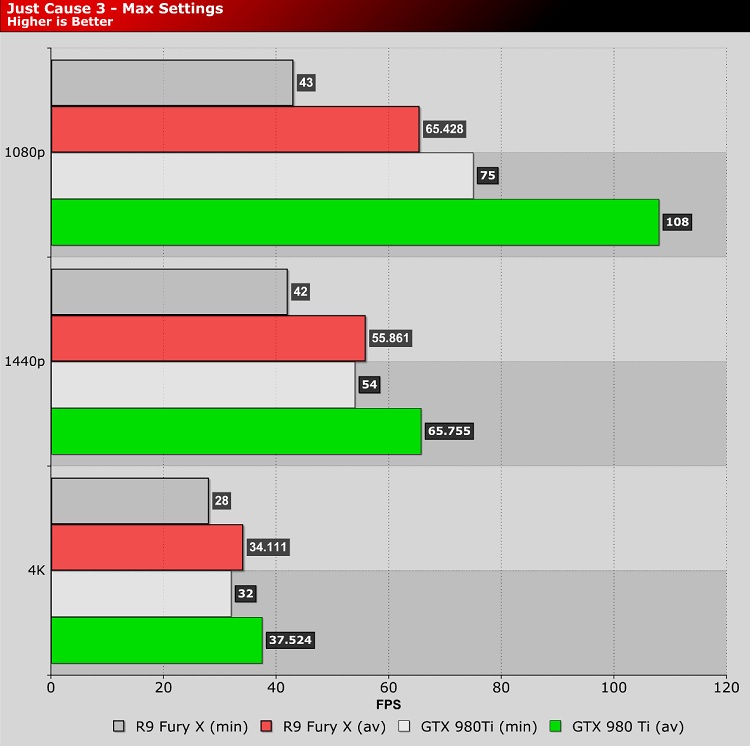