When it comes to PC product we love everything that is niche, we believe that one of the best aspects about PCs are is that you can make something your own, whether it is painting your hardware your favorite colour to even programming you own apps to fulfill a particular purpose.

One thing that we have heard people cry out for it a larger variety of hardware colour options, as many people want to build a PC which a little more unique. While a large section of the market is happy with the all too common black and red colour scheme, some products are designed to be that little bit different. Presenting the KFA2 GTX 950 EX OC White, a highly affordable white GPU. 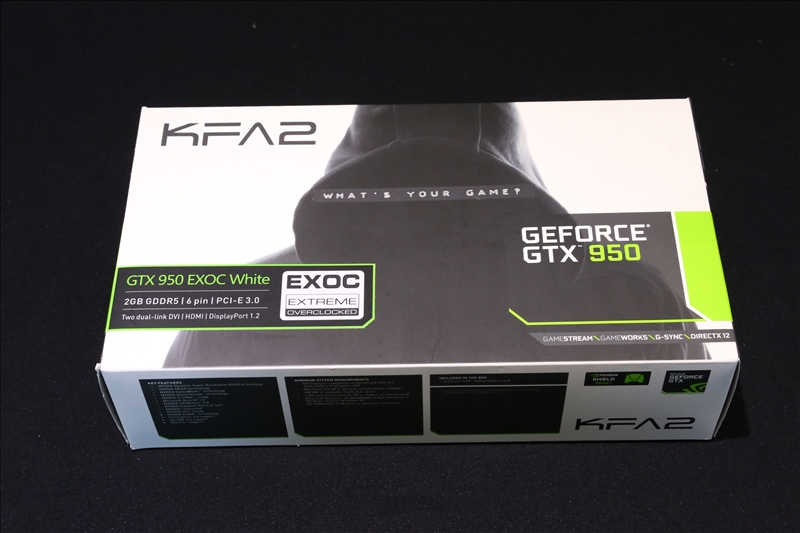 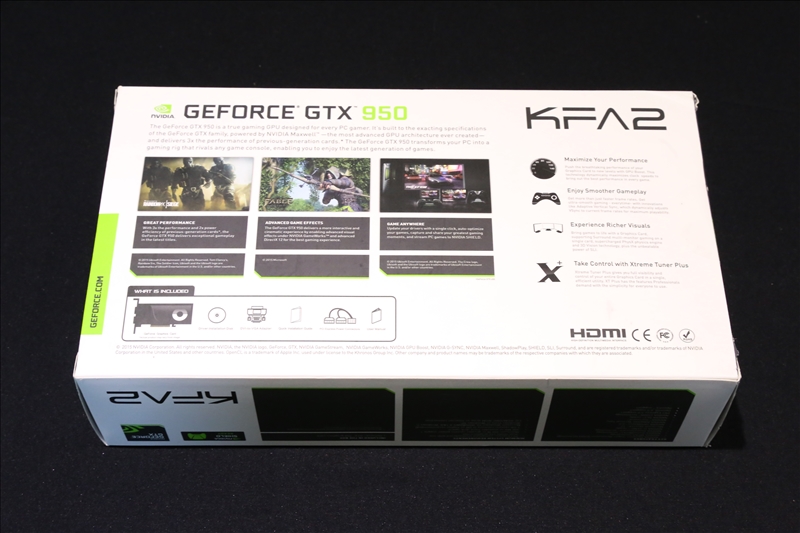 This GPU is an Nvidia GTX 950, using Nvidia's latest Maxwell architecture and is one of Nvidia's most power efficient GPUs. This GPU consumes a maximum of 90W of power, which means that this GPU barely consumes any power under load, at least when compared to higher end offerings. 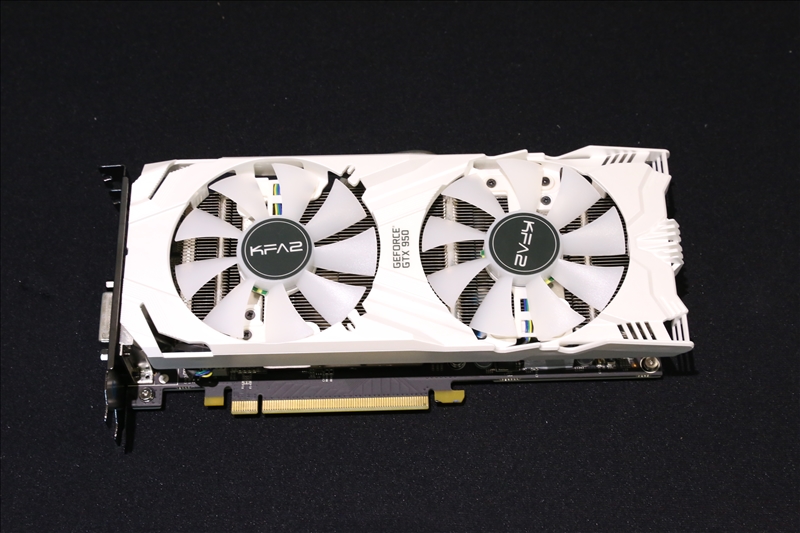 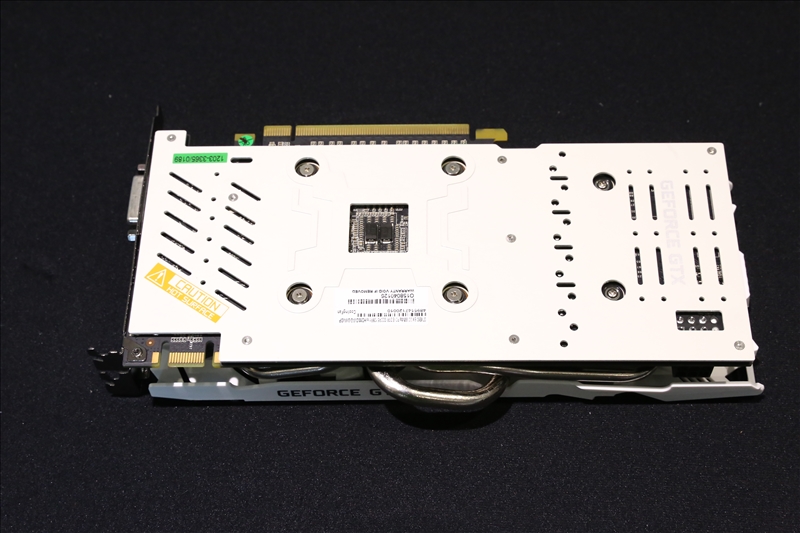 Now the main selling point of this GPU is it's colour scheme and it looks lovely, while some parts like the PCB are still black this GPU is almost totally white, with white fans, a white fan shroud and even a white back plate.

When looking at this GPU it is apparent from the start that this GPU is very well built, especially for such a low power mid-range product. Many low power GPUs do not have much effort put into the cooling solution, but we can see that KFA2 has giving this GPU nickel coated heat pipes, a dense heat stack and even an aesthetically pleasing backplate. 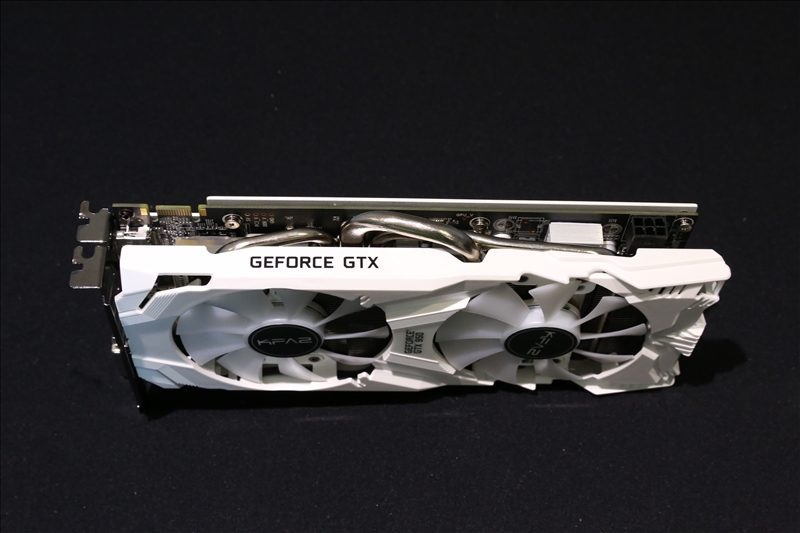 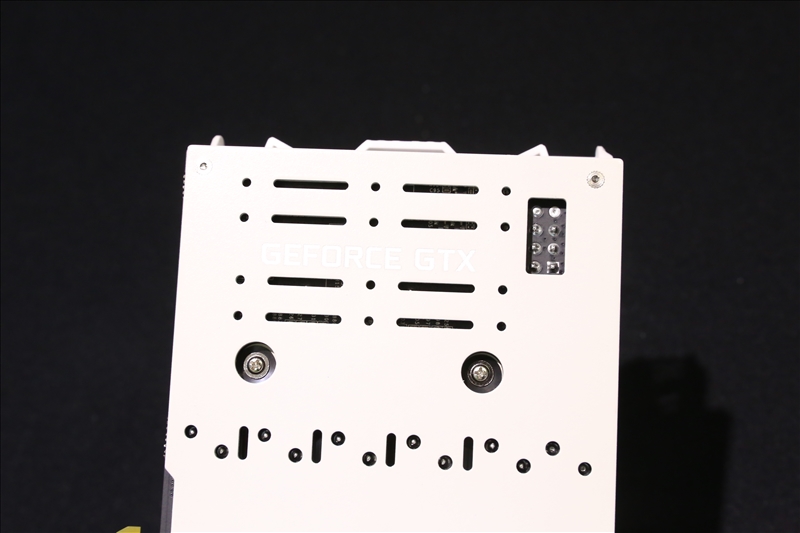 A lot of people have been looking for an affordable white GPU for a long time, especially one with a white backplate. KFA2 has not just delivered a GPU which has clock speeds that are well above Nvidia's reference and a cooler design which is more than adequate for this GPUs TDP of merely 90W.

The aesthetic of this GPU is one of it's best selling points, from it's nickel coated heatpipes and even an all white backplate. The cooler on this GPU looks much more beefier than we typically see on GPUs of this TDP, making us think that this GPU will run both cool and quietly, which is definitely a plus.

If you are looking for a cheap or low power white GPU KFA2 has delivered a product which is ideal for the task. Hopefully we will see a lot more GPUs like this in the future, as we absolutely love this GPUs white backplate.

You can join the discussion on KFA2's GTX 950 EX OC White GPU on the OC3D Forums.

also unlike the previous 750 these can be sli'd.Quote

AlienALX
Quote:
That's good to know. Such a shame they only have 2gb VRAM.

Wraith
Quote:
DX12 dude.. the future is the way.Quote
Reply