Over the past few years, small form factor PC have become increasingly common, whether it be for a small office PC, a console-style gaming PC or even just a basic HTPC for your living room.
In time GPUs have started to be more heavily utilised by modern PCs, whether it be for low latency content encoding/decoding, in-home game or video streaming or for simply workstation applications that are becoming increasingly reliant on GPU acceleration.
Many of us do not want out systems to come in monstrous sizes, instead aiming for a compact solution that can maintain low noise levels and respectable cooling performance.
Today, we will be looking at two new compact GPU designs from MSI, including the companies half height GTX 1050Ti SSF 4GB and their ITX friendly GTX 1060 Aero ITX 6GB.
When most people see small form factor GPUs they think, "Gosh, aren't those GPUs going to run hot?" but in our own thermal testing, we found that wasn't' the case with the GTX 1060 Aero ITX 6GB running at a maximum of 62 degrees under load and the 1050Ti SFF 4GB running at 61 degrees. 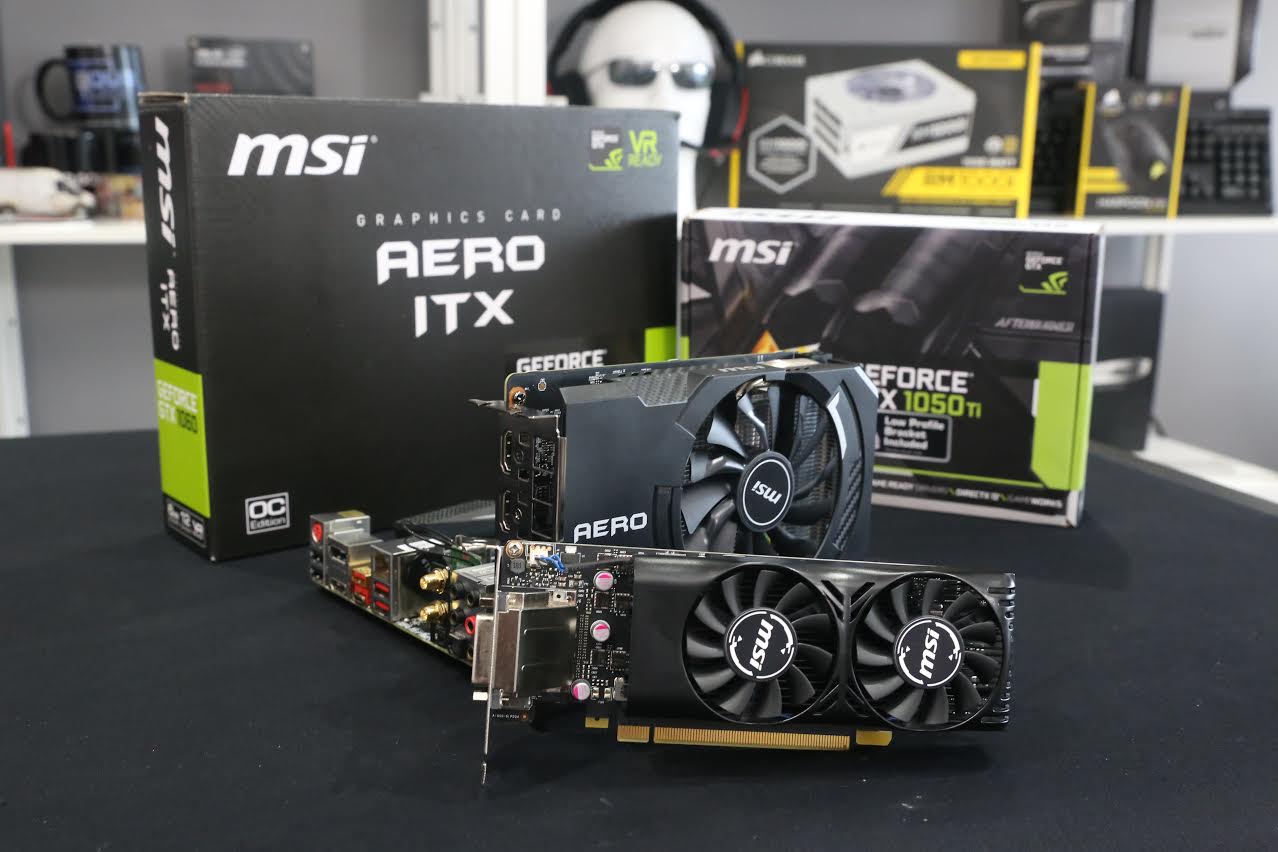 The half-height GTX 1050Ti will come with the same base/boost clock speeds as Nvidia's reference model, with the GTX 1060 6GB Aero ITX coming with a mild factory overclock. The GTX 1050Ti does not require any external power connections, so any PC with a PCIe 16x lane should have enough power to use the GPU to its fullest potential.

What these two GPUs provide their users with is a lot of utility, whether you want to upgrade a small server, office PC or HTPC with a gaming GPU, or upgrade an ageing pre-built system with some much-needed GPU horsepower.

These GPUs are designed to place gaming graphics into systems that do not support traditional GPU form factors. Despite their small size these GPUs are both cool and quiet and are certainly not going to overpower their users with high noise levels.

Right now MSI's GTX 1050/1050Ti SFF GPUs are already available to purchase at Overclockers UK for prices of £119.99 and £149.99 respectively. MSI's Aero ITX series of GPU are expected to hit retail shelves within the next few weeks.