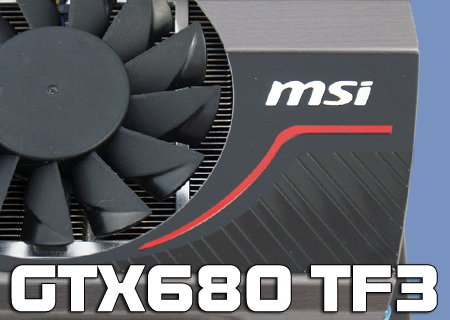 It seems clear that the days when a manufacturer could take a reference GPU and completely reinvent it are over. Such is the incredible quality, and coolness, of the standard nVidia card that it's very difficult for a partner to bring something particularly new to the table.

Sure you can give it a factory overclock and get a few extra frames per second and that's all well and good. Also you can stick an alternative cooler on it, which helps the noise a little thanks to the larger fans. Except the stock card is cool enough that your overclock isn't really thermally limited, at least at the levels most of us will be attempting.

And that's about it.

Specifically the MSI looks good because the Twin Frozr cooler always looks good. Unlike the Windforce it actually looks like it was designed for the card rather than bolted on from the parts bin. The Twin Frozr 3 cooler is as quiet and capable as it's always been, and there is a lot to be said for something just working, even if it's in an unflashy manner that doesn't allow for 'new and improved' advertising blurb. We'd much rather have something tried and tested. MSI have wisely retained the 6+6 PCIe power arrangement that the Kepler GPU was designed to utilise. The factory overclock is decent, and the card manually overclocks pretty well.

Having tested three partner cards now it's fairly clear that the Zotac AMP! is, if anything, better than we originally thought it was. The Gigabyte Windforce is the weakest of the bunch, but only just, and the MSI is slightly more consistent, but really you would be fine with any GTX680 based card, even if the GTX670 has really taken a chunk out of the potential market for the full-fat GPU.

We're happy to award the MSI GTX680 Twin Frozr 3 our OC3D Silver Award, and also add to the fact that out of the GTX680's we have tested so far from Vendors this would be the one we would personally all choose just because it is so quiet, temps are great and its probably the best looking of the bunch too.

Thanks to MSI for providing the GTX680 Twin Frozr 3 OC for review. Discuss in our forums.

SieB
Quote:
Video is in the review on the conclusion page

Asus is starting to do better than MSI with the DCII especially for the Nvidia 6xx series, TFIII is still a one of the best coolers though.Quote

Master&Puppet
That is a brilliant cooler, amazing temps.

PetrolHead247
Quote:
Agreed. If it was me i'd have knocked the price score down a bit. Still a great card and the cooler is incredible, but its expensive nonetheless for the performance it delivered in testsQuote

Jadarite
Quote:
For some reason when i first clicked on here i didn't see the continue reading linkQuote

hmmblah
Quote:
It takes a few minutes between posting the thread and adding the "Continue Reading" link.Quote
Reply