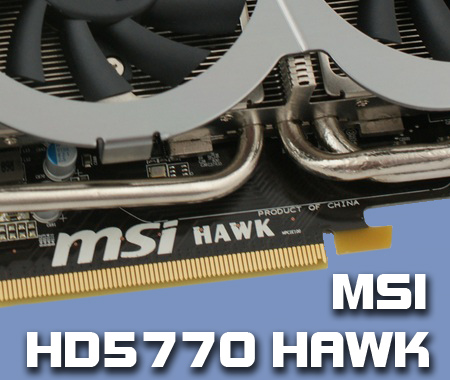 To make sure that all our results are roughly comparable we try and keep to the same test setup wherever possible. As the MSI Hawk landed around the same time we were going to do our Crossfire testing we have used an identical rig.

Naturally we started afresh with our Windows 7 Installation and drivers to make sure our results weren't polluted by previous settings.

Oh my. Hold onto your hats boys and girls. You'll recall that on Monday we managed to reach a clock speed of 960 before we got too many artifacts and too much heat. The Twin Frozr absolutely did it's job providing incredible clock speeds. We never became thermally limited, rather we hit the tipping point of the gains to be obtained with a small voltage increase before we ended up in ever decreasing circles.

Rather than continue to push for a big number just to sound good, we wound back down to a stable overclock that would be obtainable by anyone using the MSI Afterburner software. 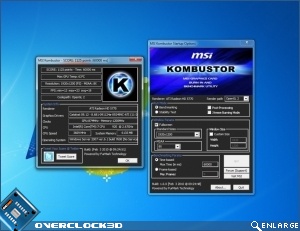 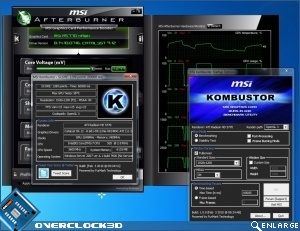 As you can see this is a serious card capable of some hard-hitting clock speeds. Mighty impressive stuff from the MSI Hawk.

Normally clocks like that will, as always, give immense heat but the Twin Frozr is easily capable of dispersing it all without a problem. The small increase in temperatures between the stock and overclocked speeds shows quite how good the heat removal abilities of the cooler are.

So how does the old girl perform when on stage?

Diablo
Great review. Amazing overclock on that card, and stil pretty cool. Definitetely the best value card on the block and that heatsink and caps are definitely worth the price hike for that level of overclock...I remember buying processors that had lower clock speeds.Quote

ppuff
Killer review of a killer card. Seeing this baby in action makes me drool and getting to see 2 in crossfire would make me ...... Anyway, it looks like a win for MSI and now the 5770 cards have a new master.

cl0ck_ed
1050 core!! Well done. Looks a good price for the card. Really like what MSI is doing with all these overclocking cards. That seem to be reasonably priced aswell compared to other manufactures. Nice review...Quote

Diablo
The 5000 series as a whole seem very good for ocing, especially the 5770s. Absolute gem of a card. Nvidia really can't bring much to this match at this price point. Closest thing would be a 250GTS or a cheap 260GTX I guess, either way they are totally outclassed.Quote

Msm2
Do I upgrade my two HD4850s for two of these!!!!! Really tempted after reading the review.Quote
Reply