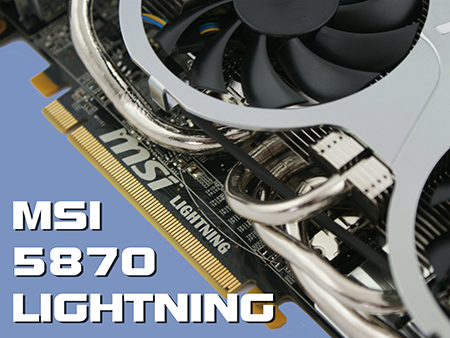 Lifting the front flap we find all the information about the special features of the R5870 Lightning including the Hi-C CAPs and "buzz free" chokes. Anyone who has suffered from a squealing card knows how much we hope that is true. 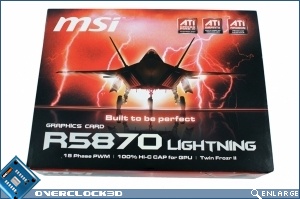 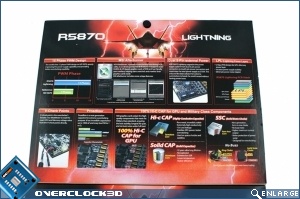 At a glance it appears to be the fairly standard Twin Frozr design, but a closer look reveals a few trick features.

Firstly all of the display outputs are gold plated. Although this can generally be considered to be a bling factor as much as a provable benefit, nonetheless it's always something we like to see. 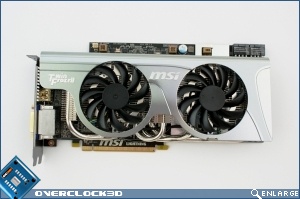 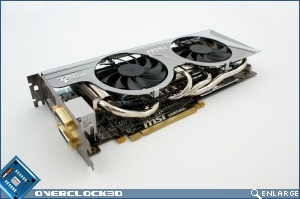 The Twin Frozr itself is a beautiful piece of engineering, with a highly polished heatsink, four very large heatpipes, and two serious fans.

MSI have also wisely not shrouded the cooler too much so heat dissipation should be at the maximum but sadly, once again for a non-reference cooler, the hot air is radiated into the case rather than exhausted out the rear. 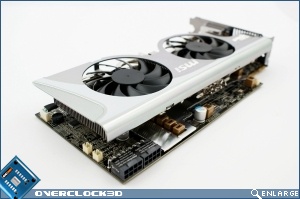 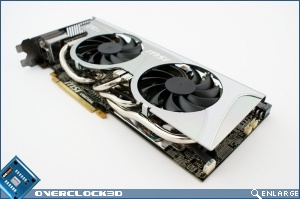 Although we're using it as our image at the top of the page, we think the artistry of this cooler is worth a big image all to itself. Very attractive indeed.

Finally, and somewhat curiously, the MSI R5870 Lightning has an extra bit of PCB above the normal size. It makes the power sockets easier to get to without gouging your thumb on the cooler shroud, but it's something to be aware of if your case is on the thin side. 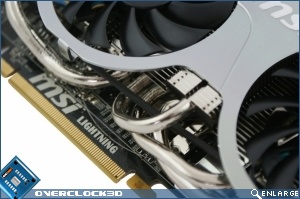 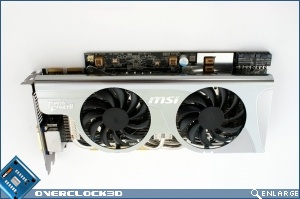 a8875624
Is that a 2-pin fan header on top of the card where the PCB sticks out?Quote
Reply