We'd only just got used to the thrill of the EVGA cards now coming in vertical packaging and the Lightning joins the fray. We think it helps hero the product image whilst also leaving plenty of room for the necessary technical bits and bobs. Sometimes things change for the sake of change, but the rear is clearer, the front more impactful.. verticality is the way forwards. 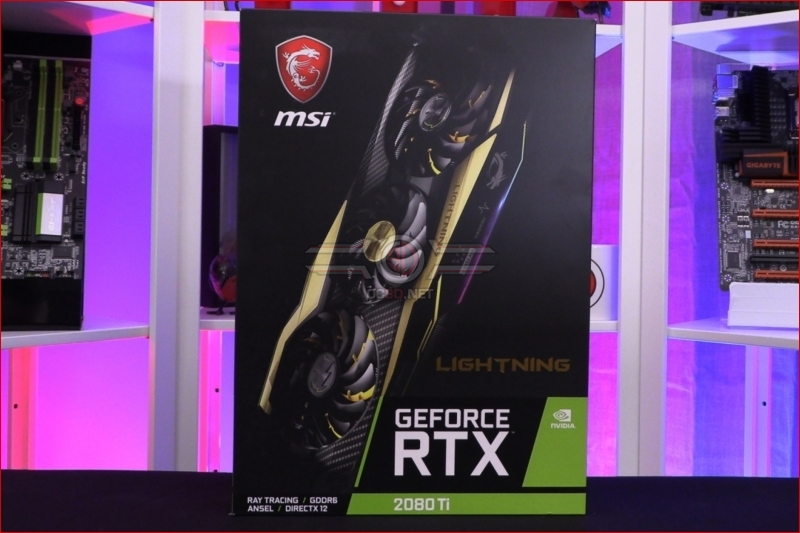 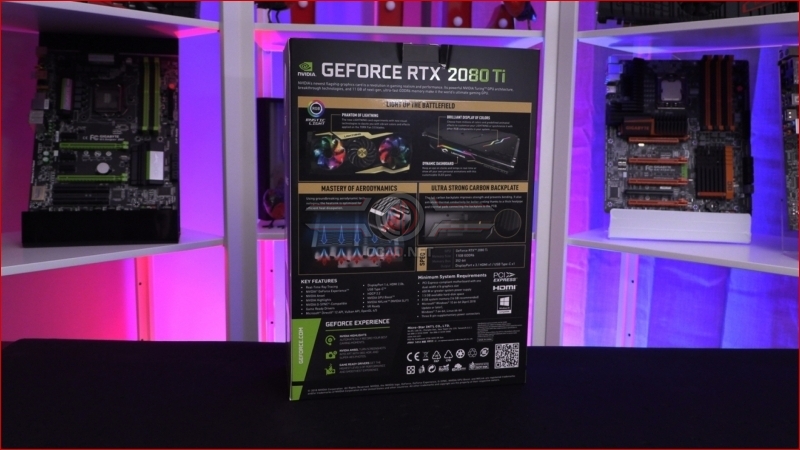 It wouldn't be a premium product if we didn't have the theatre of an internal box with very carefully cut out high density foam to protect the card itself. The Lightning is no exception and against this black foam the carbon and gold look really pops. It's attention grabbing in the best possible way. 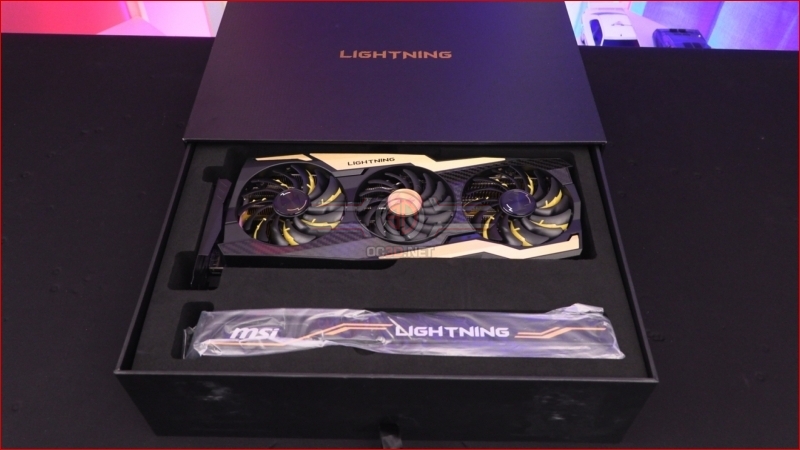 Freed from its confines the Lightning looks just as good on the table as it did in the box. It is easy to use gold in a manner that just looks like a dirty yellow rather than the luxurious effect that it should have, but the Lightning absolutely nails it. The centre fan boss reminds us of The Flash's logo, which we're sure can't be coincidental. Anyone who used Tournament shaders on Injustice 2 will understand. Anyway, it shows the efforts that MSI have put into the Lightning to manage to have a card that looks spectacular with the carbon accenting the gold, and the gold accenting the RGB fans. It ticks all the desirability boxes. 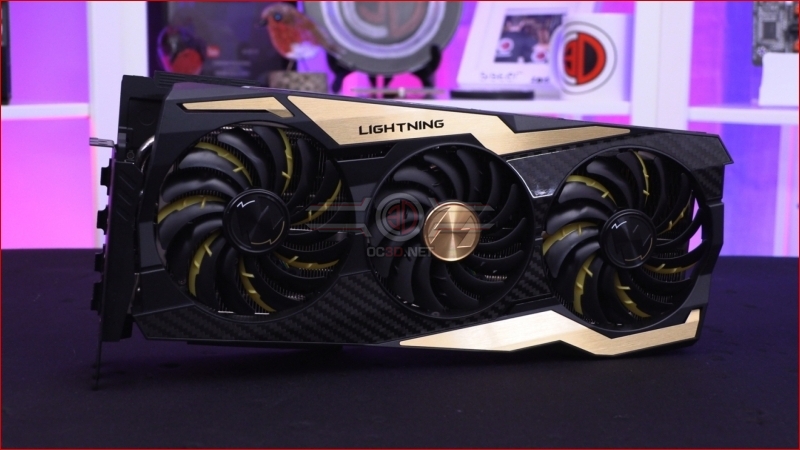 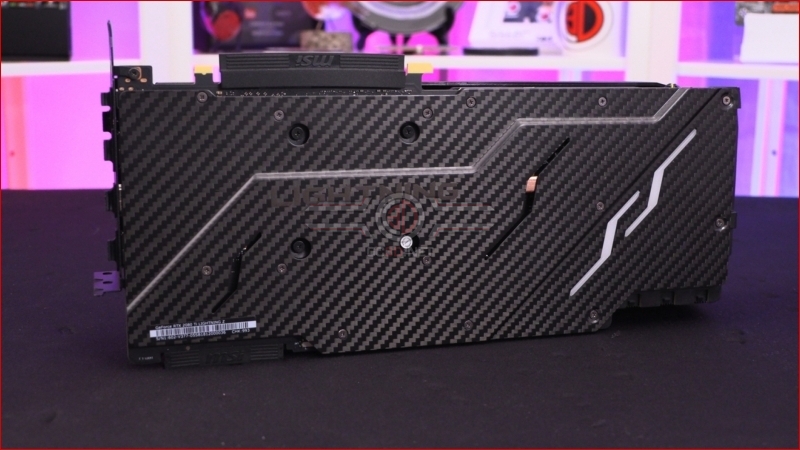 As befits a premium product the side of the Lightning is equipped with an OLED panel that can display anything from the simple clock speed or temperature readouts to clan logos or your own personalised animations. Make it your own. 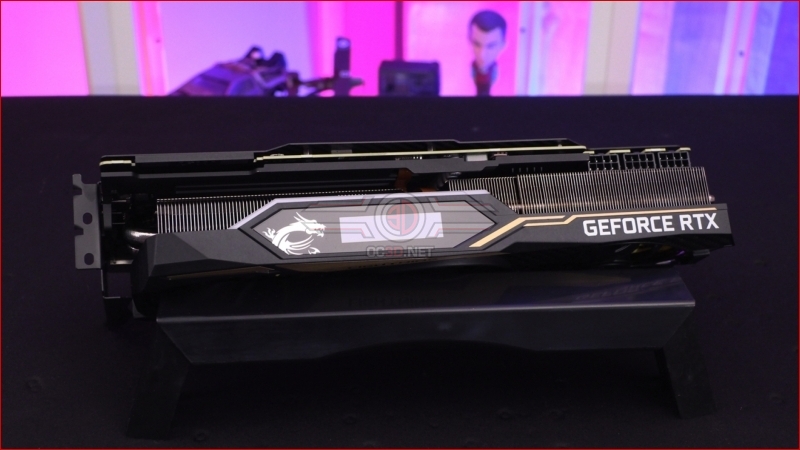 The amount of people who buy a RTX 2080Ti Lightning and flip this particular switch must be a tenth of a percent of the total owner base, but it speaks of the solidity of the cards build that such an option is available. 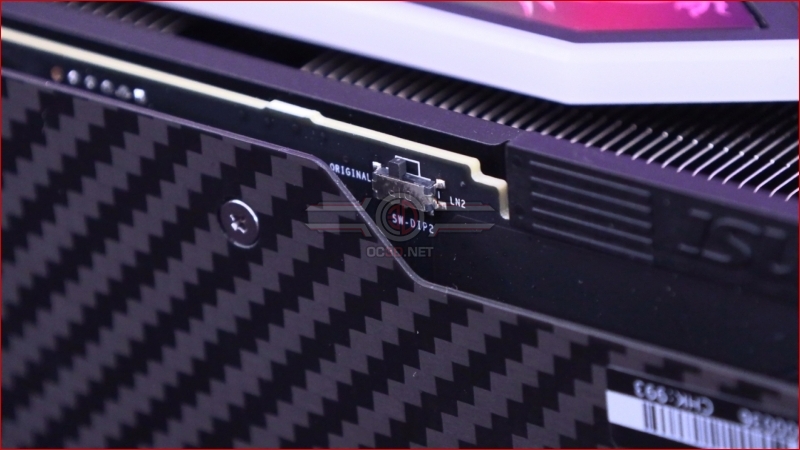 When you're chasing world records and wanting to push the card to its absolute limits you need places to monitor it as accurately as possible. After all, the gap between victory and defeat can be very slender indeed. The Lightning has four such places to keep an eye on your voltages using the supplied cables. 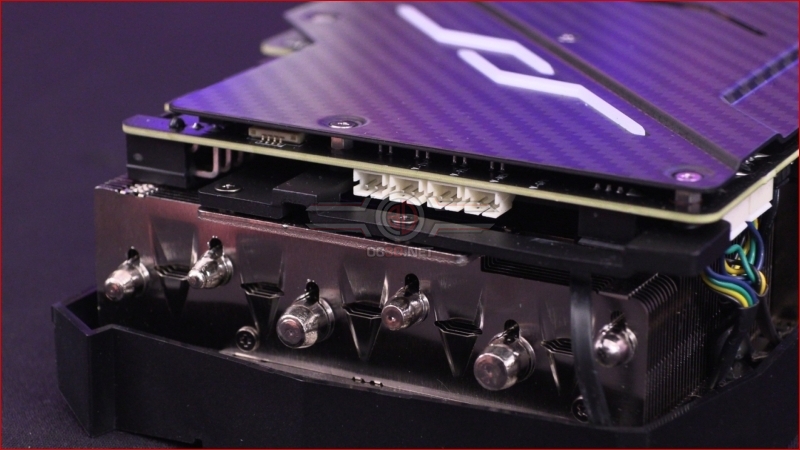 At the business ends we find three (count em) 8pin PCIe power inputs to ensure that even the most dedicated overclocker wont be left wanting for smooth power delivery, whilst the outputs are the regular nVidia combination of three v1.4 DisplayPorts, an HDMI 2.0b and the Type-C USB port so beloved of the VR fraternity. 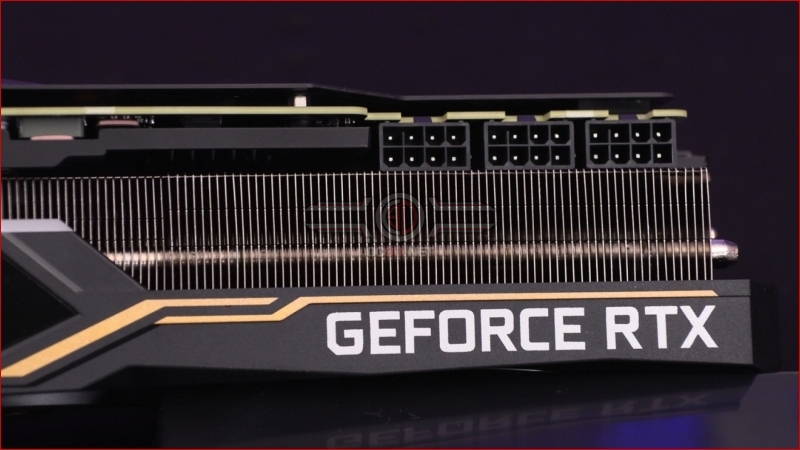 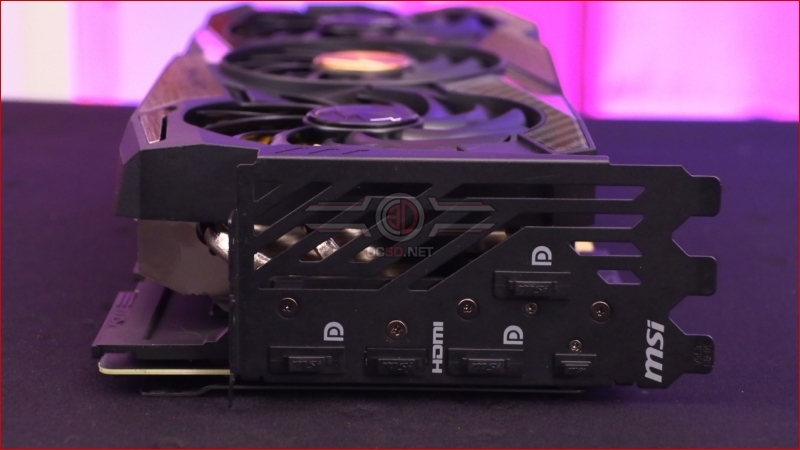 The fans are the TORX 3.0 which combine two different styles of fin for maximum airflow whilst also keeping noise to a minimum. As you can see from the top of the pages in this review you have lots of RGB options too for added bling, whilst the fans themselves are mounted in dual bearings to ensure that they last the lifespan of the card. 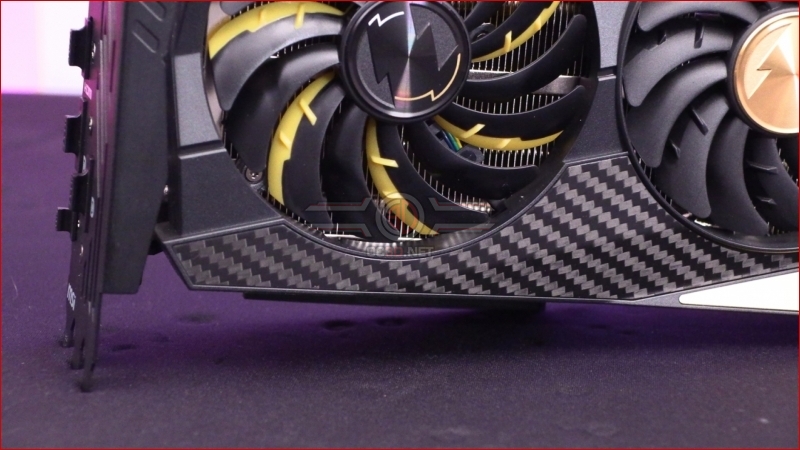 AlienALX
Glad you got one of these Tom. I quite like it sans the stupid multi coloured lights. God it looks awful like that. I'd like to see it lit white or yellow

Thanks for the review, she's a beast for sure.Quote

Eddie long
Nice review guv , still cant get over you i 4k though lol
But on a serious not they should of stuck to the colour scheme on the 1080ti lighting IMHO would of looked far betterQuote

Excalabur50
Although I don't mind the Gold they shouldn't have done it that way IMHO, still it's what we have at least the performance is there, such a shame the software was a PITA for you Guv, and I love the blooper type ending put a smile on me dial.

Kaapstad
I think the fans would have been better if they were just black to go with the gold, this definitely works with the RTX Titan colour scheme.Quote
Reply