Although on paper the MSI Gaming X Trio isn't as fast as the Gigabyte card, in actuality there is just 10 MHz average boost clock between them. Normally the beefier cards run much slower - just like CPUs with more cores - but the latest Ampere Nvidia cards seem to have a very consistent clock speed across all three types we've looked at so far. 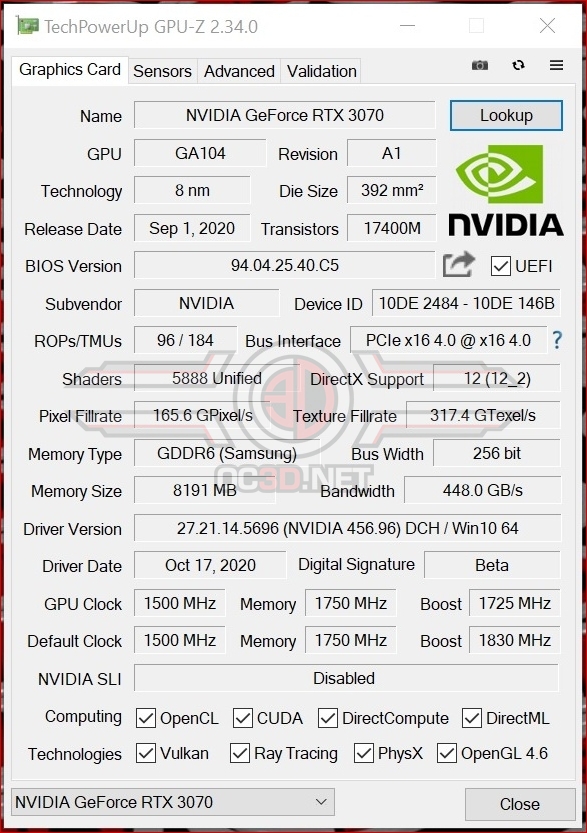 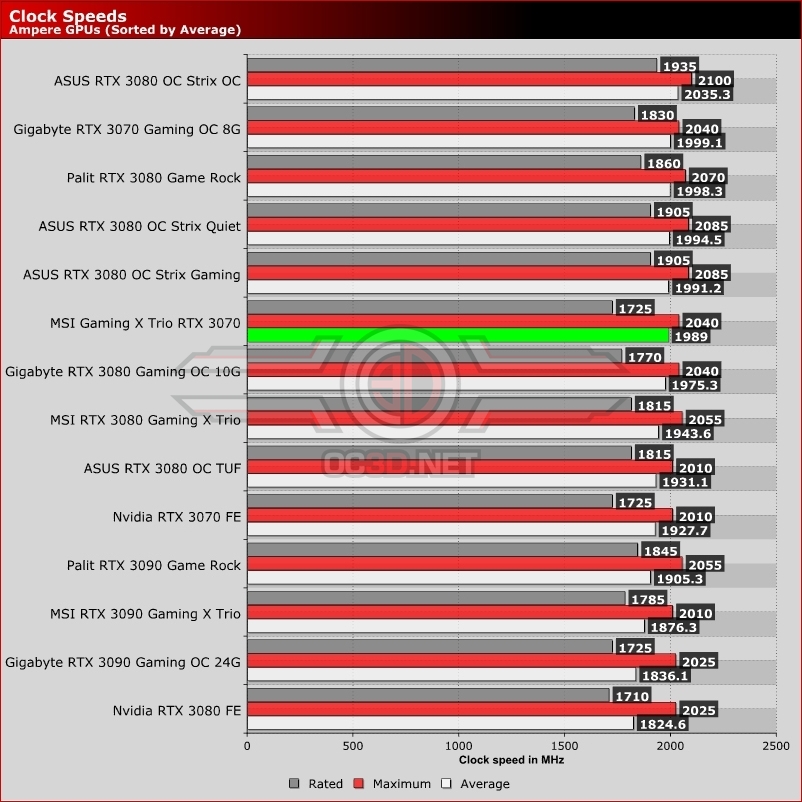