The GTX980 follows previous nVidia models by utilising their outstanding cooler that first appeared on the GTX Titan. It is the old adage that if it isn't broken, don't try and fix it. In fact nVidia have gone a step further by including a backplate to help the aesthetics. At the bottom right hand corner of the rear you can see a removable panel which has been included to enable maximum cooling in heavy loading or multiple GPU scenarios without requiring you to spoil the looks by removing the whole of the back plate. Otherwise it's just like the cooler we all know and love. 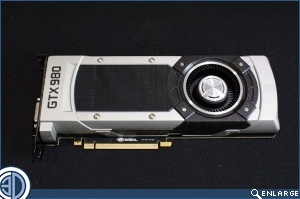 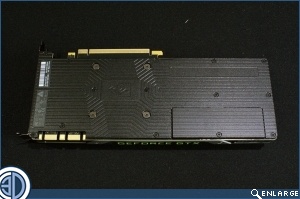 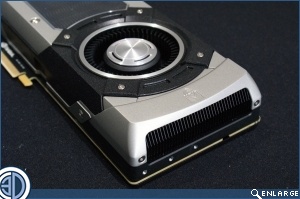 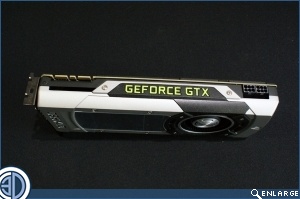 Two SLI fingers allow you to include as many GTX980s as your wallet can bear the brunt. We love the two six pin power inputs. Heavy power consumption was never going to be sustainable in the modern environment so it is pleasing to see a manufacturer take a step back from the precipice and become more energy efficient. 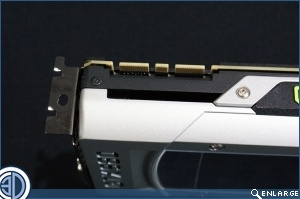 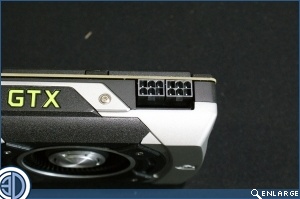 Outputs vary from the standard nVidia practice. The GTX980 has a single DVI, one HDMI and three DisplayPort 1.2 ports.

Here is the whole of the generational nVidia cooler equipped cards. Don't they make for a pretty sight. 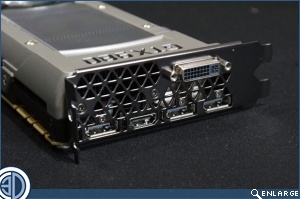 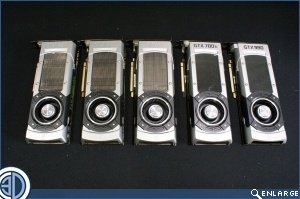 Dicehunter
Just skimming through the numbers on this awesome review it looks like 780 Ti owners are going to have to wait for something truly epic.
Apart from the energy efficiency the differences between the 780 Ti and 980 are miniscule.Quote

P.S I panicked, I couldn't find the video, I found it, All is well again

Kushiro
BTW the GTX 980 is available for purchase in AU already, which is surprising.

kdawgmaster
Rly this is nothing spectacular at all. For something that draws so little power I was expect the temps to be much better then they are currently and performance wise this gets edged out by the R9 290x and 780ti a lot.Quote
Reply