A big change is immediately obvious as soon as you get the RTX 3080 out of the box. Instead of having two six pin powers, or any 6 or 8 pin combination, the Ampere card has a single 12 pin necessitating an adaptor. We're not sure why it can't just have two sixes side by side. At least Nvidia give you an adaptor. 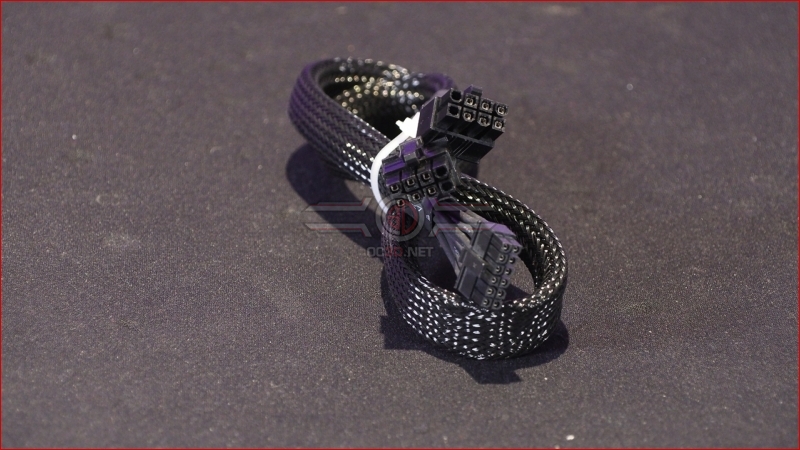 Here is the card in all its glory, and it's definitely an evolution of the design philosophy explored recently by Nvidia, but they've finally sorted the cooling side of things out properly. One through fan, and one that's blocked off to ensure all the hot air is vented out of the PCI bracket. 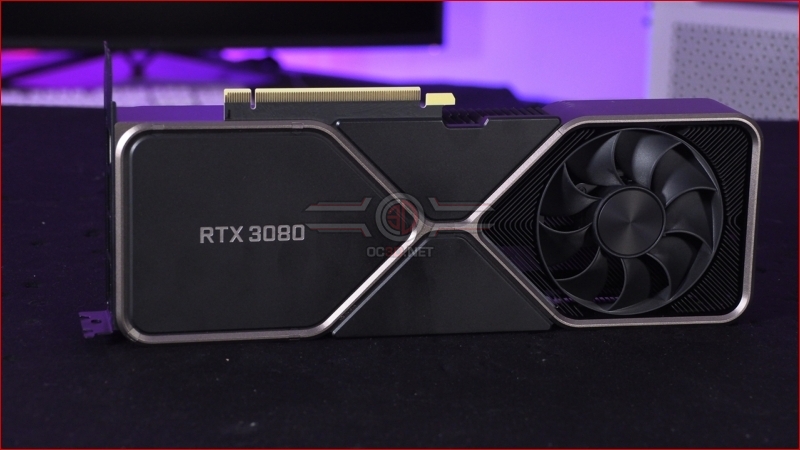 Here's the other side, which shows how much venting has been employed on the RTX 3080. We can show that off better in a later picture, but it's a very attractive card. Rare for a main company. We're used to seeing ASUS, MSI and Gigabyte etc doing attractive cards, less so Nvidia or AMD. 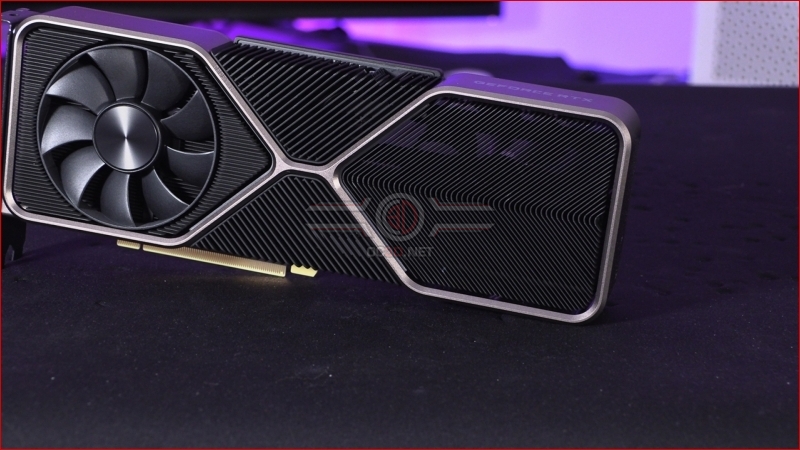 Two slots, no more, no less. We also really like the move of the lit logo to the side rather than sitting in the middle. A side benefit of the centrally placed power connector, which itself is a result of the redesigned cooler not leaving enough room for the power on the right hand edge. 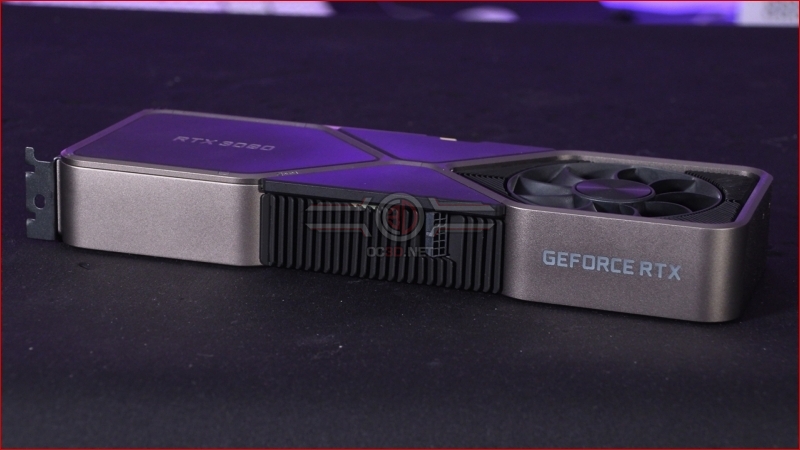 A closer shot of that divisive 12 pin power connector. 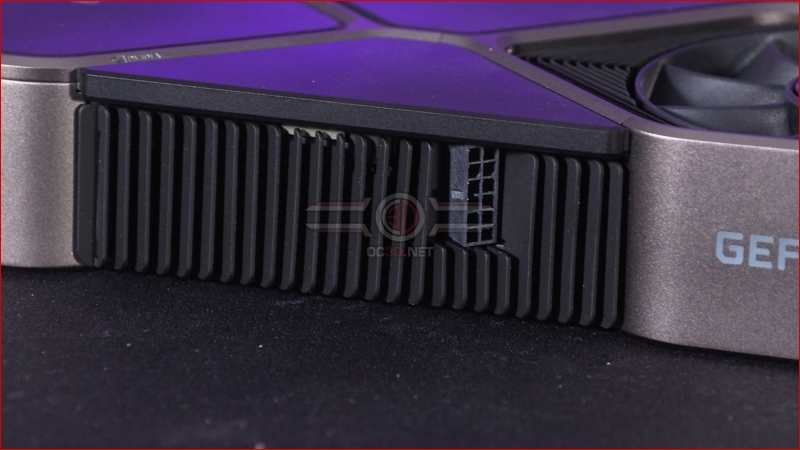 Around the back the RTX 3080 hasn't got a Type-C, instead sticking with a single HDMI and three DisplayPort outputs. Make sure your cables bend downwards because the air that comes out of the back of this is definitely hot. 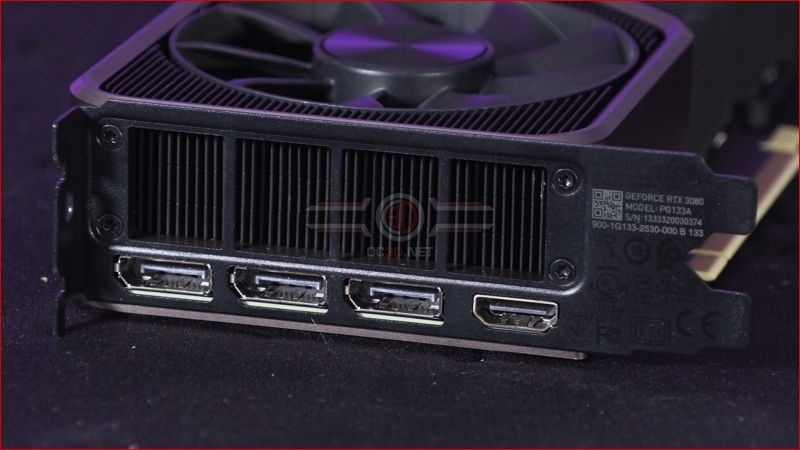 It's a good way of showing off how free the airflow through the right hand fan is. 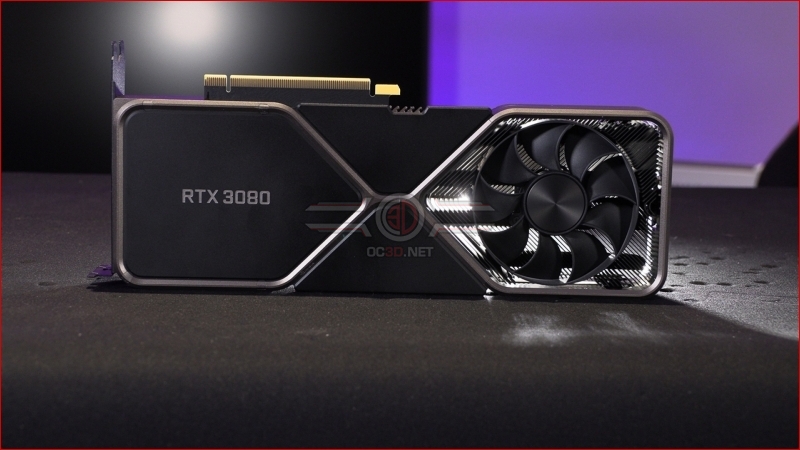 Lastly the card fitting into our new X570 test rig. That branding is subtle and we're big fans of it. 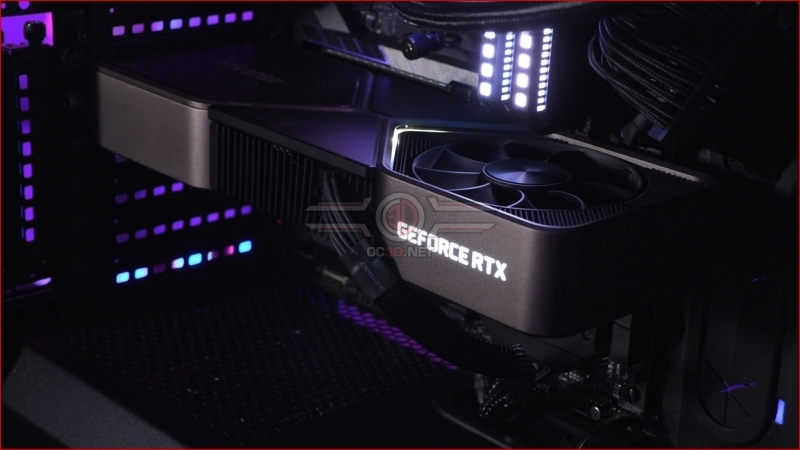