Stop us if you've heard all this before.

The original RTX 3090 was a fantastic card, with a huge amount of memory and enough CUDA Cores to keep even the most power hungry user sated. The problem it had was the same problem that has afflicted nearly everything on the planet with a chip in it over the last two years, namely that the global pandemic - still ongoing even if we're pretending it isn't - led to massive shortages of chips and the breakdown of the whole supply chain. This had huge effects upon the pricing of everything, and when it came to a card that was already priced at the upper echelons of sanity that became untenable.

As things are somewhat returning to normal and in anticipation of the upcoming 4000 series of cards Nvidia have given the Ampere cards their last hurrah in the form of the RTX 3090 Ti. It's got more CUDA Cores, a faster GPU clock speed and faster memory speeds too. Best of all we've seen them for sale for prices that are not much more than the MSRP. Whenever anyone is discussing MSRP it's worth remembering that the manufacturers always quote a price that isn't feasible in the real world, because nobody is mad enough to suggest their new product will require a second mortgage.

However, for the consumer it means you can now get a RTX 3090 Ti for a price that was RTX 3080 Ti money a few short months ago. We're therefore here to find out how the new Nvidia Flagship stacks up against the card that came before, as well as a few other Nvidia models and the best of the Radeons. Read on.

Comparing the Ti to its regular RTX 3090 predecessor we can see that the clock speeds are the main improvement with a huge increase at stock speeds and a decent one when running in boost mode. The memory clock has also seen an uptick, alongside the extra 256 CUDA Cores. Probably not enough to change the world on their own, but the cumulative effect should be good. 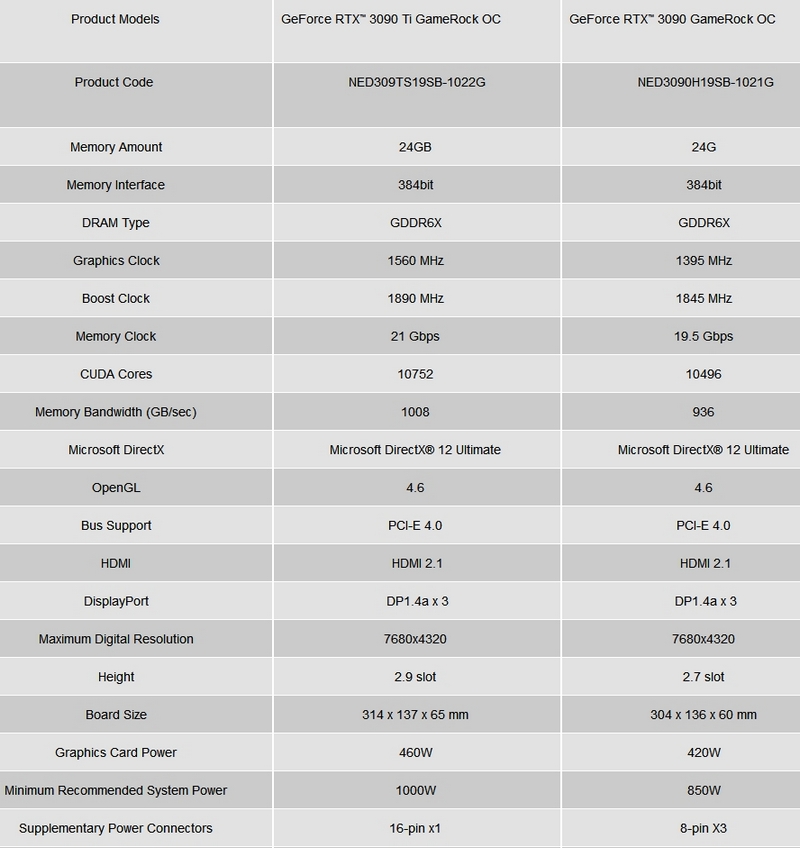 Tramstop
Are there a lot of 12gb 3080 cards?Quote
Reply