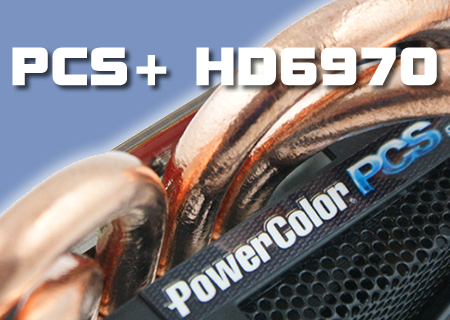 For the sake of using our normal set of benchmarks to keep everything normal we are including Unigine, but it's clear both from this and other recent tests that something in Catalyst 11.1s have hugely affected the Unigine results. The Unigine Heaven benchmark is the one test we can guarantee the AMD will triumph in thanks to the heavily optimised tessellation capabilities.

Here, both at 0x anti-aliasing and 8x the PCS+ 6970 produces much lower scores than we'd expect. We've tested with other Radeon cards and it's definitely a driver issue rather than something about this particular card.

So they are here for completeness, but you can pretty much ignore them as a driver related issue.

tinytomlogan
Its not the card, its the new ATI drivers.Quote

adicool96
Nice curvy heatpipes now thats one card i would like to have.Quote

chaotic_russ
watched the video the otherday , been waiting for the writen review