When it comes to AMD GPUs in recent years a lot of the most unique GPU designs have come from PowerColor, bit it their Dual GPU Devil R9 290Xx2, R9 390x2 or the overclocking monsters that came from the Powercolor Devil 13 series.

As an AMD only GPU vendor PowerColor has always gone the extra mile to create coolers and PCB designs that perfectly mate with AMD's GPU designs, unlike a lot of manufacturers who only change a few aspects of a single cooler design that is made to fit both the high-end and the mid-tier lineups.

While this time PowerColor has been a little more conservative when it comes to designing their RX 480 Devil GPU, coming in with similar factory overclocks to their competitors PowerColor assures us that under the hood PowerColor to enable high overclocks as well as increased lifespan. 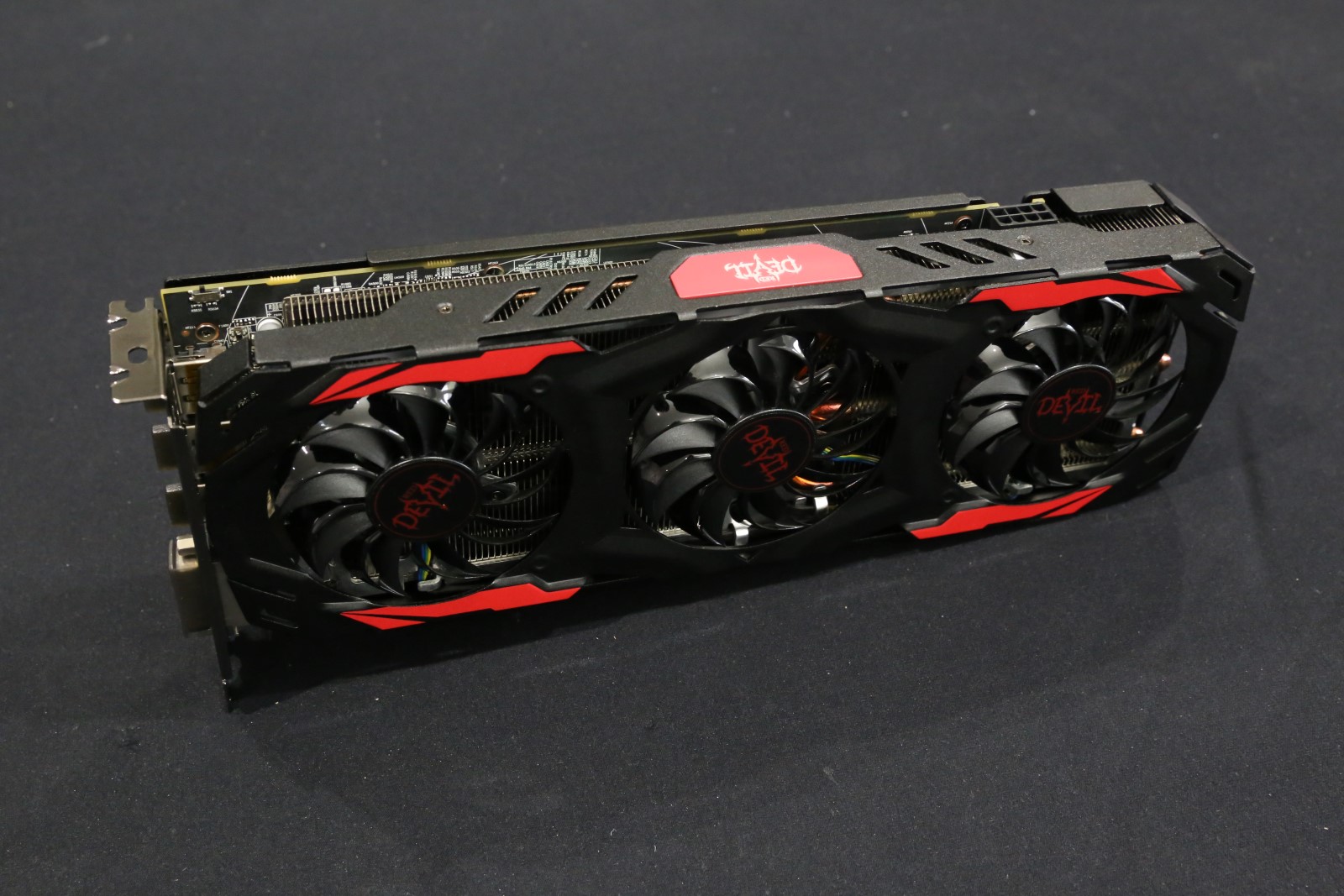 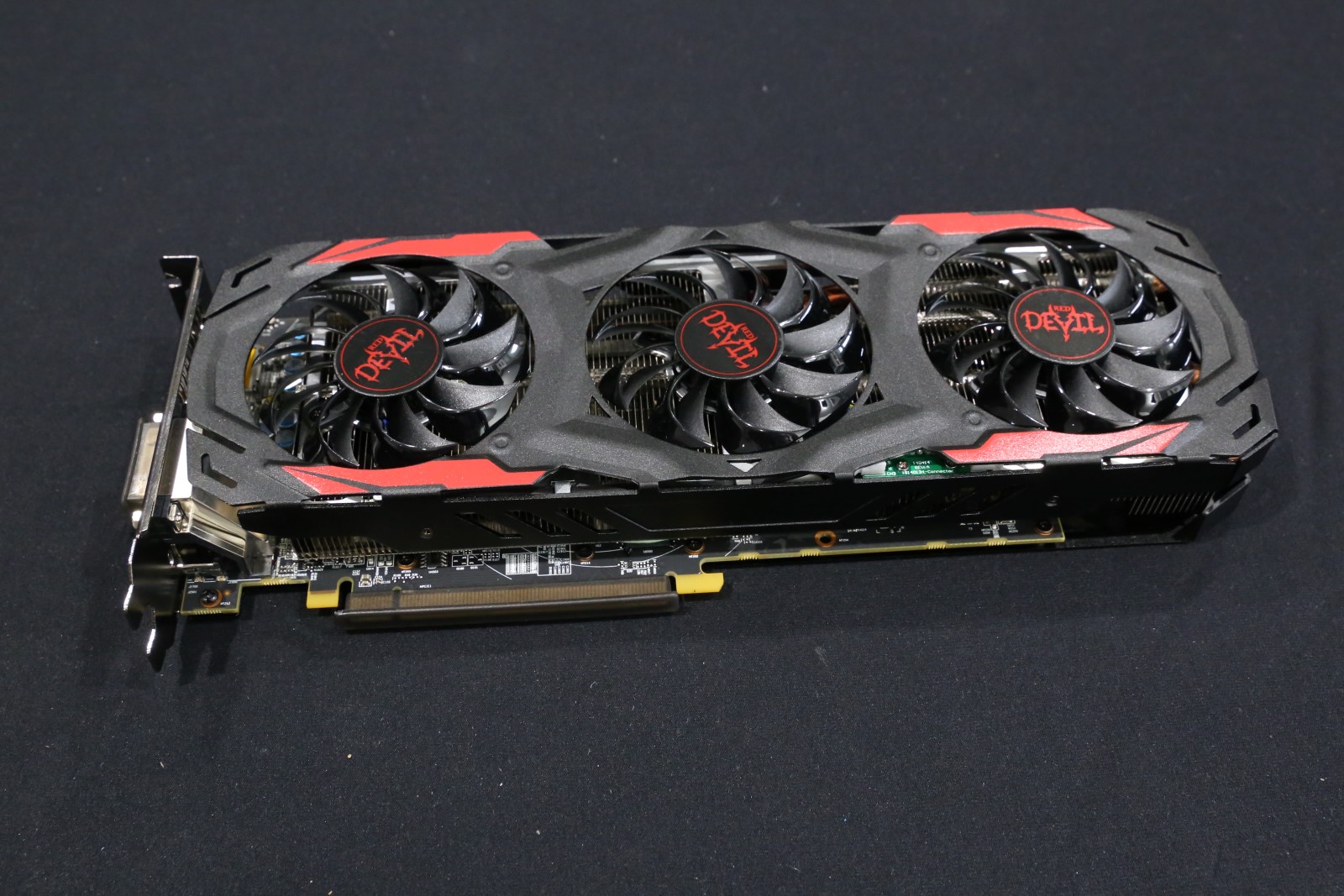 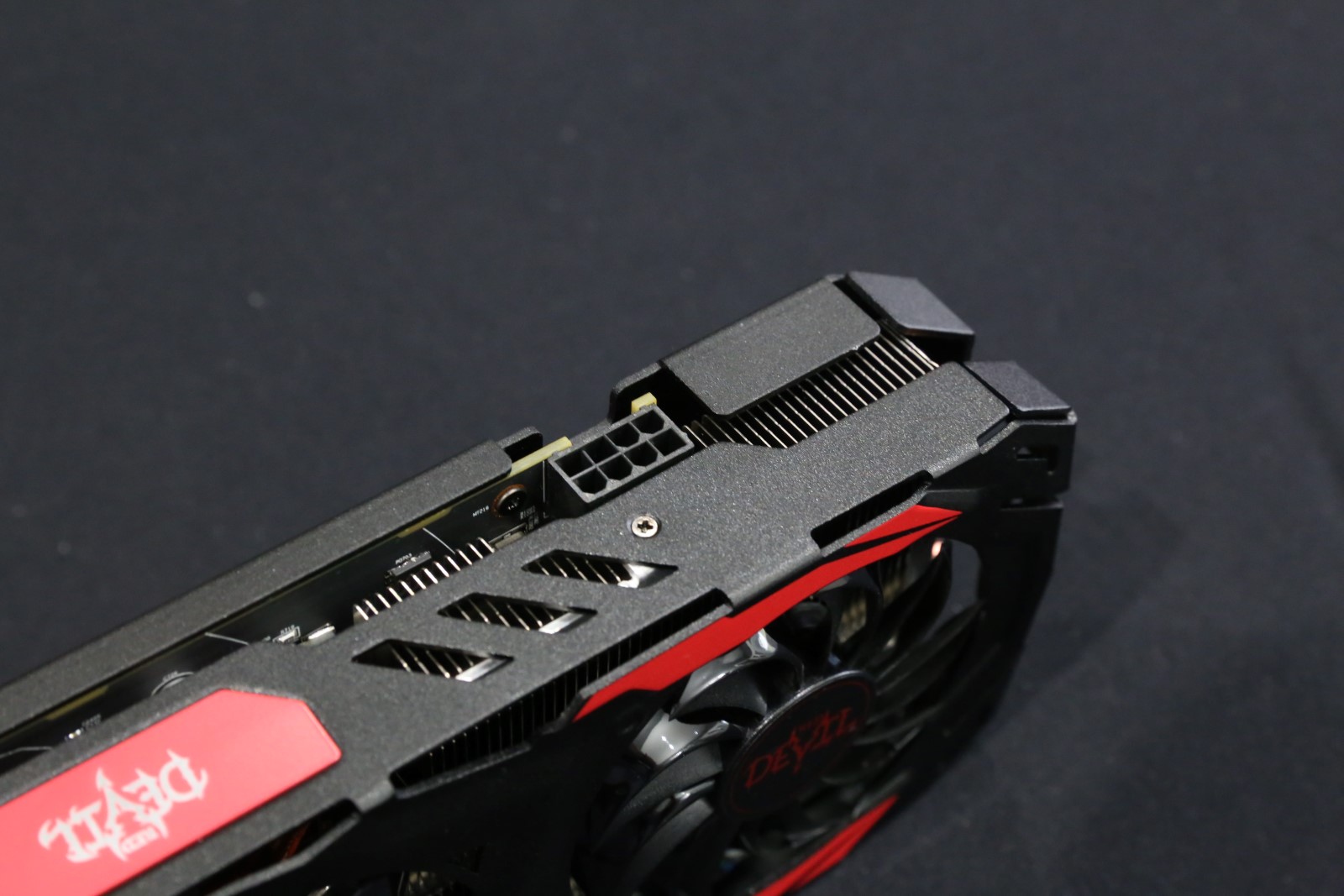 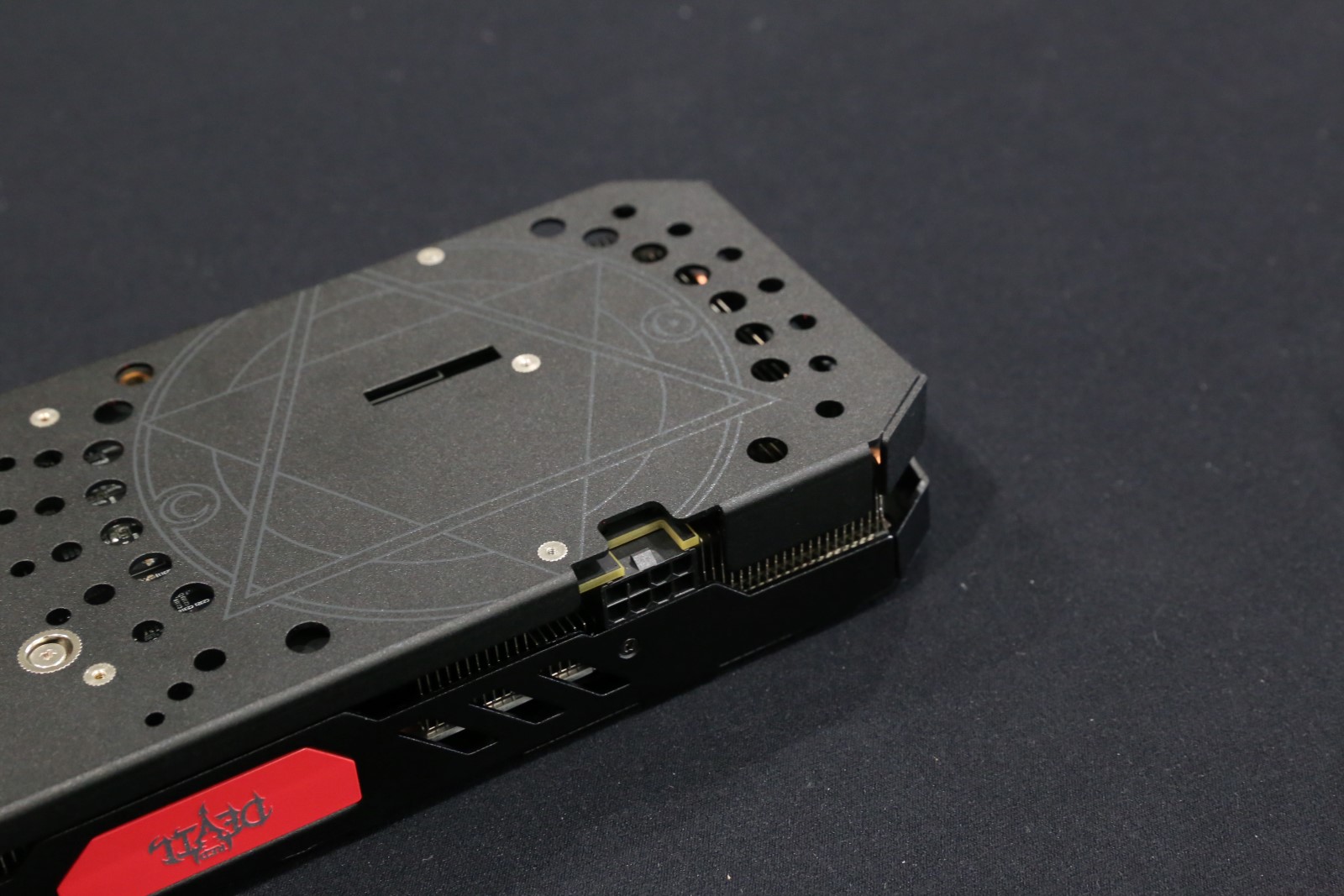 PowerColor has told us that they have intentionally held back the clock speeds on their RX 480 GPUS in order to hit a more affordable price point than previous generation Devil series GPUs, while still achieving a decent performance boost over AMD's reference design.

On the power side, PowerColor has given the RX 480 Devil an 8-pin PCIe power connection as well as upgraded power phases in order to give this GPU all the power it needs for overclocking as well as to increase this GPUs durability in the long term.

Looking at the GPU cooler we can see that Powercolor has given this GPU a huge 3-fan cooler which allows this GPU to run 15 degrees cooler than AMD's reference design while also running at higher clock speeds. This GPU also uses PowerColors custom Double Blade III fan design, which allows this GPU to deliver maximum airflow while operating with minimum noise.

One other additions that the PowerColor RX 480 Red Devil makes is the addition of a DVI-D display output, which should help a lot of potential users to connect older displays which are not HDMI or DisplayPort compatible.

One of the biggest complaints that I have seen online regarding this GPU has been the 6-pointed star which is surrounded by a circle on the backplate of this GPU, which many people have incorrectly identified as the Jewish Star of David. The symbol used here is the star of Solomon, which represents a "divine mind" or "divine wisdom", which is used by occult groups as a symbol

The symbol used here is the star of Solomon, which represents a "divine mind" or "divine wisdom", which as a counter to Gods wisdom and has been used by several occult groups over the centuries. 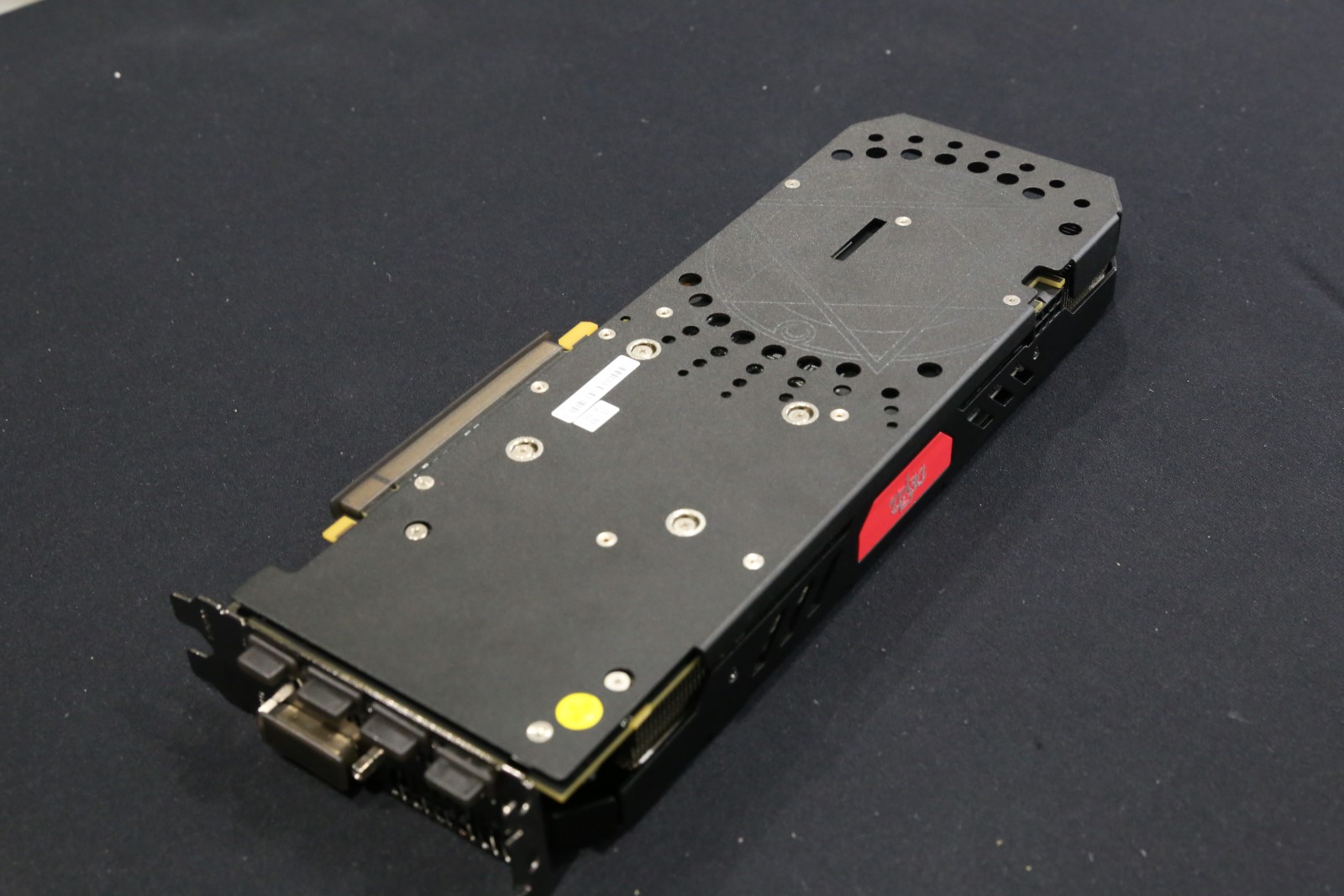 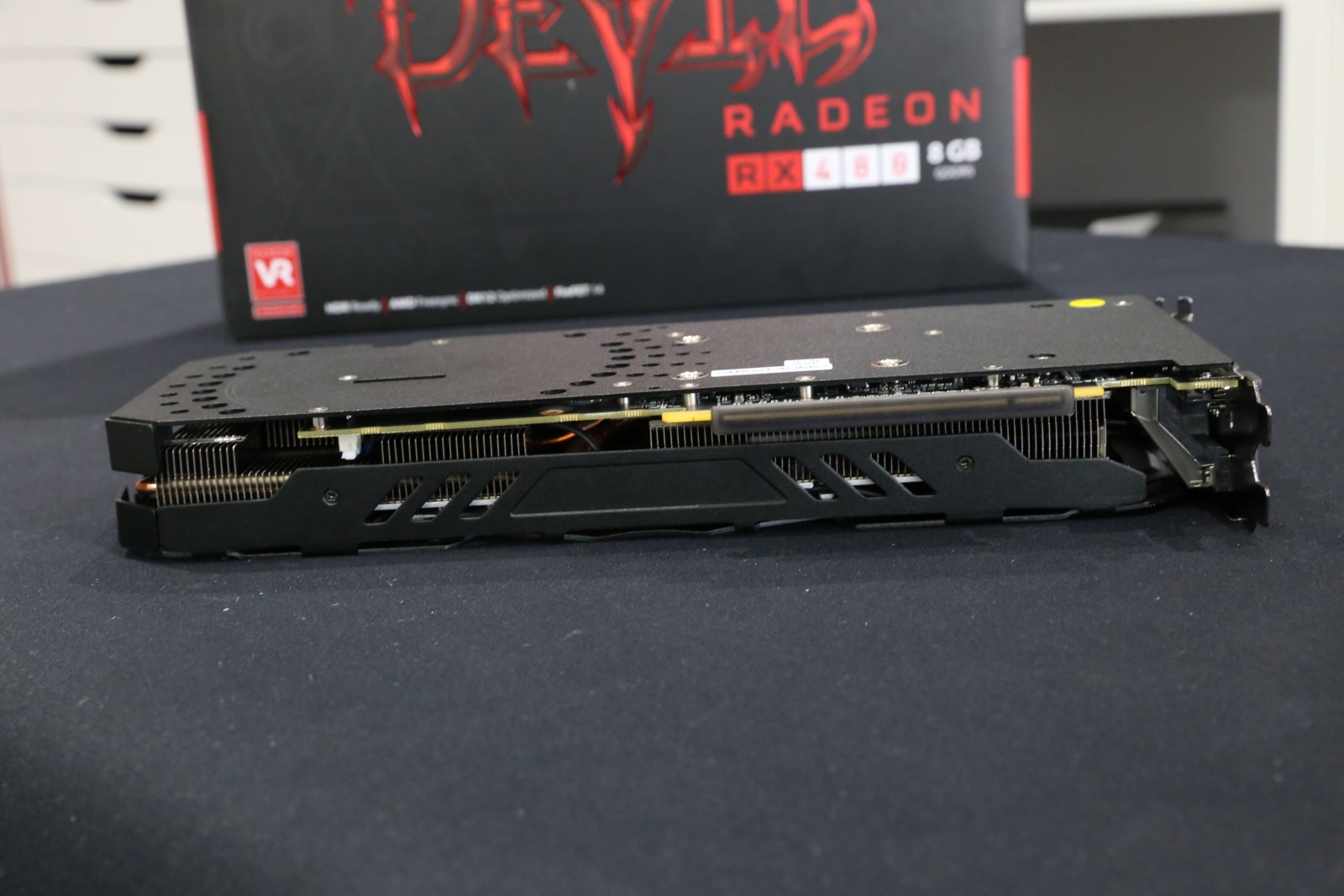 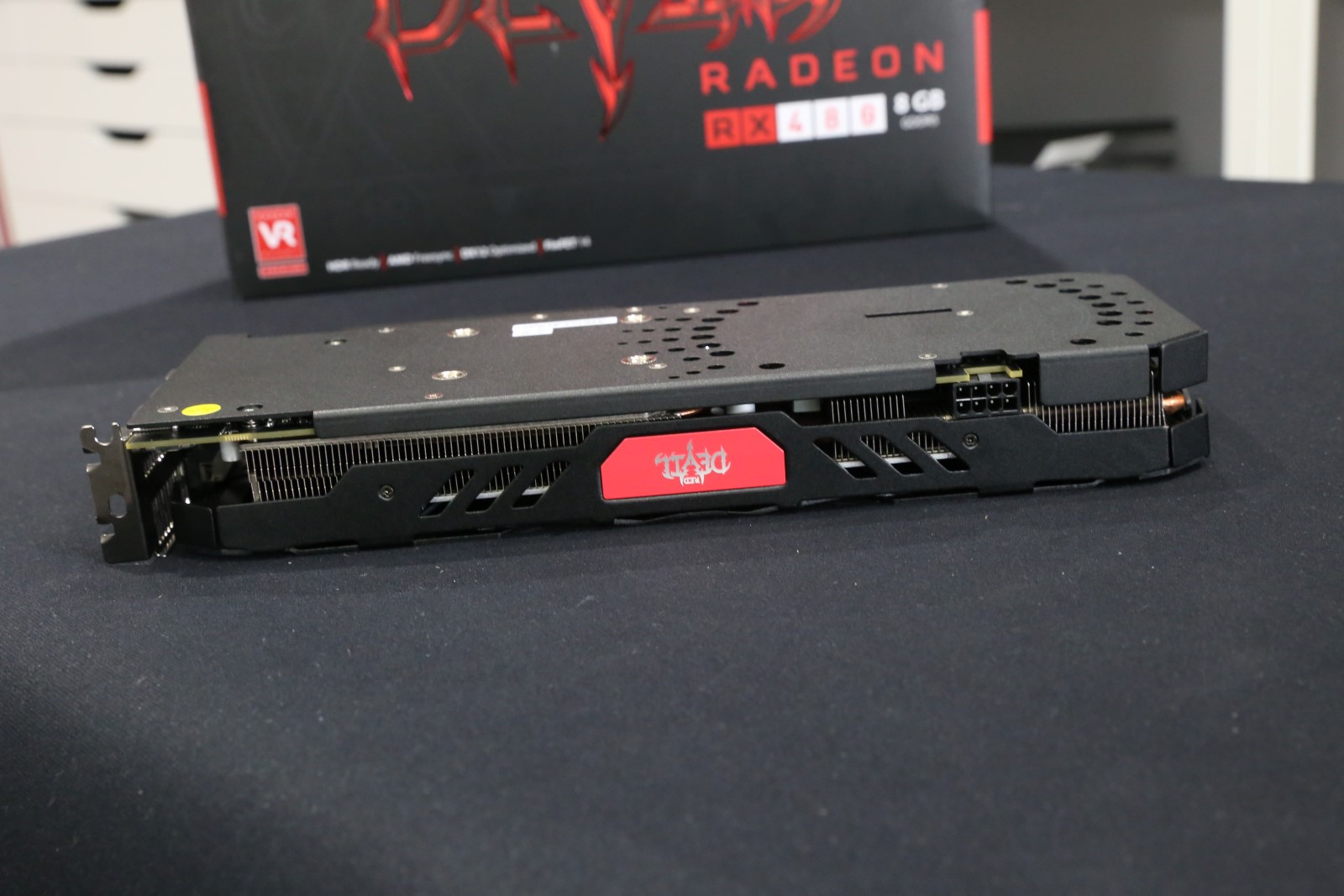 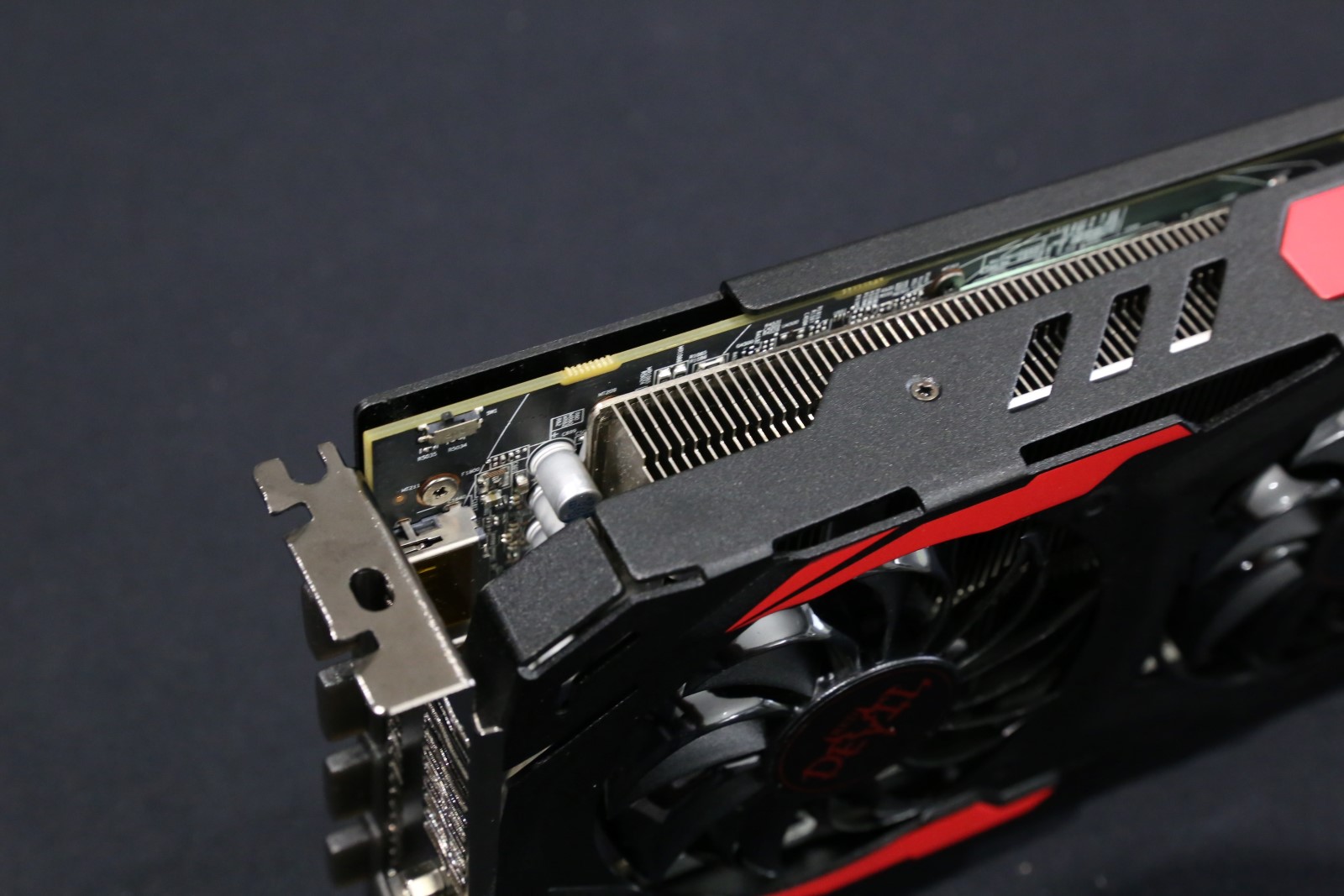 When looking at the Powercolor RX 480 Red Devil there is a lot to like, be it the large triple-fan cooler design and additional power circuitry all the way to the red and black design that should match most modern motherboards.

Those who dislike the recent trend of adding RGB lighting to hardware will be glad that this GPU has a more traditional design, with Powercolor deciding to put their money towards enhanced power phases rather than fancy lighting effects.

Display wise AMD's reference RX 480 supported 3 DisplayPort connections and a Single HDMI 2.0 connection, effectively allowing the GPU to power up to 4 FreeSync displays, though this also prevented the users of older DVI displays from making use of AMD's reference design without purchasing a whole new display alongside it. Powercolor has listened to AMD fans and have added a DVI-D port to their custom GPU design, allowing older monitors to be attached to their new GPU.

All in all the RX 480 Red Devil offers a greatly improved design over AMD's reference RX 480, promising more performance, quieter operation and lower operating temperatures. Right now we are very busy testing new GPUs here in the OC3D offices, though we do plan to complete the full review of this GPU within the next week.

You can join the discussion on PowerColor's RX 480 Red Devil on the OC3D Forums.

AlienALX
I really like this card apart from two things. 1. the stickers on the fans look tacky and nasty so they'd have to go and 2. the logo on the side is the wrong way around lol. Would be OK if you were inverted though

RobM
bit retarded putting the logo upside down, other than that it lokos a nice cardQuote

AlienALX
Quote:
I'm not into Satanic stuff myself but it could be deliberate yeah. It's kinda funny

Chrisflys
Quote:
Might sound stupid but that is actually a dealbreaker for me. I cannot unsee such things....