Outwardly the Gigabyte Eagle looks a lot like their Gaming range we've reviewed, with a 'bird of prey' style eye, albeit one that hasn't got quite the design flair of the ones we've seen on their Gaming and Aorus packaging. 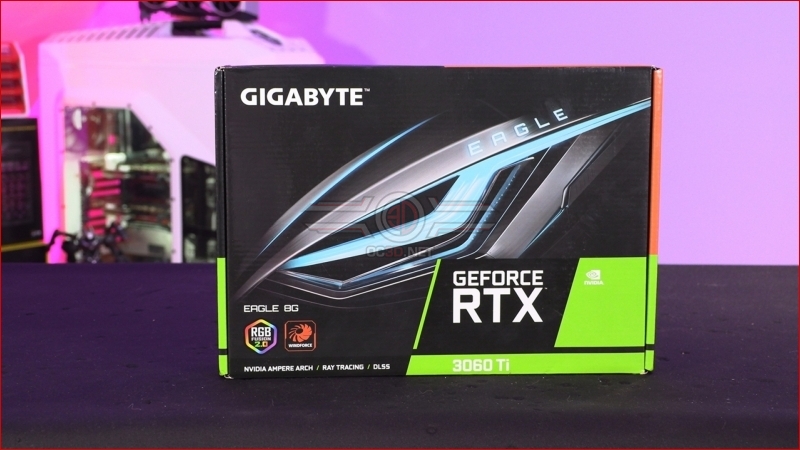 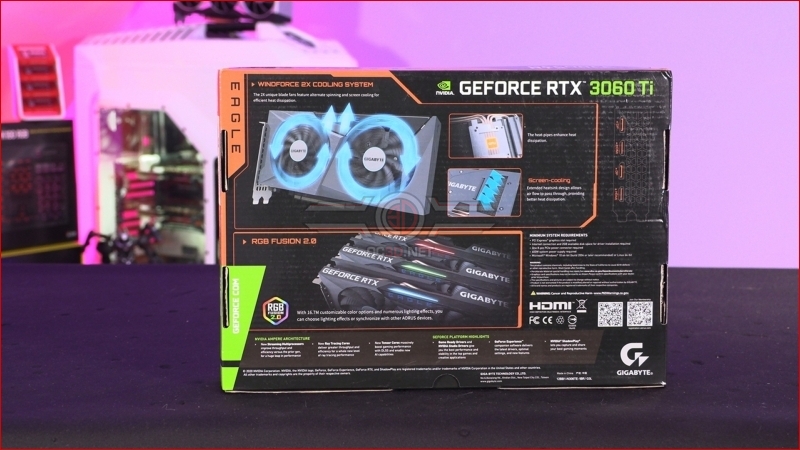 The cooler on the Eagle is the two fan Windforce 2X, rather than the 3X we've seen on the Gigabyte Gaming card version of the Ampere cards we've reviewed up to now. The primary take away is how plastic the shroud is, even the backplate. It's very much a card for people on a tight budget that you're going to handle once when you install it and then never touch again. That's probably for the best as it feels really cheap, but the performance isn't. It's a 'focus on the screen not your case' type card. 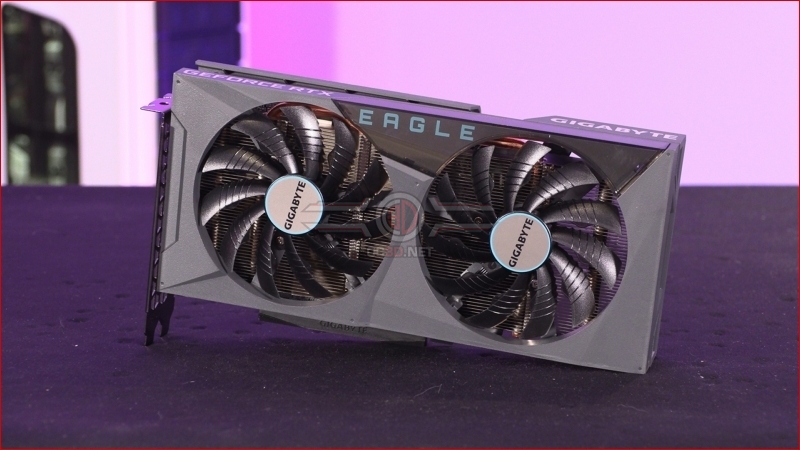 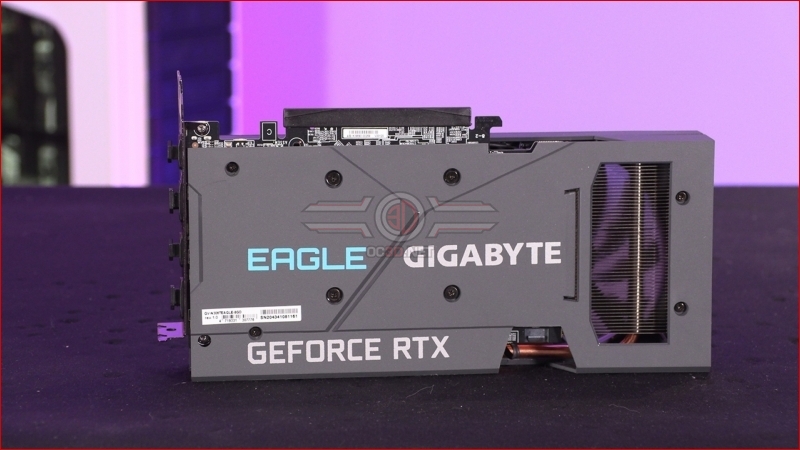 If we were designing a card knowing that we're going to be using a lot of plastic and a, let's be honest, old fashioned design we'd probably have been tempted to make it in the darkest black possible so you don't notice it in your case but Gigabyte have been bold and brave with the Eagle and gone for light grey plastics and bright copper heat pipes. We'd have also trimmed the angle to the left of the Gigabyte name that makes putting the power cable in a skin-scraping affair. But that's why we write about them rather than design them. 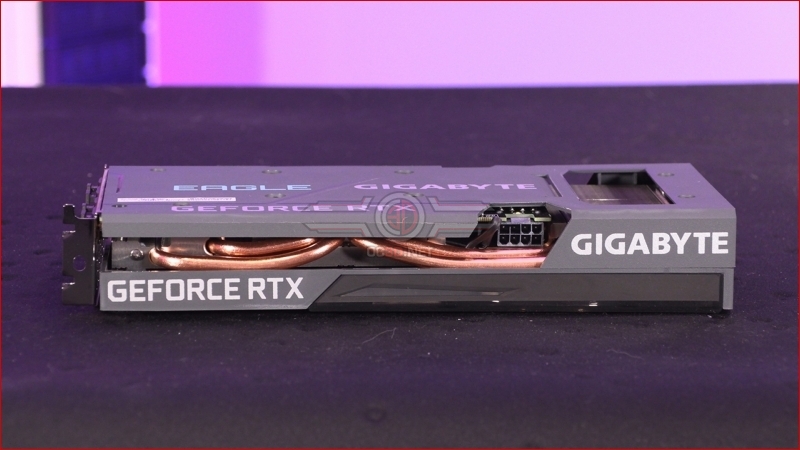 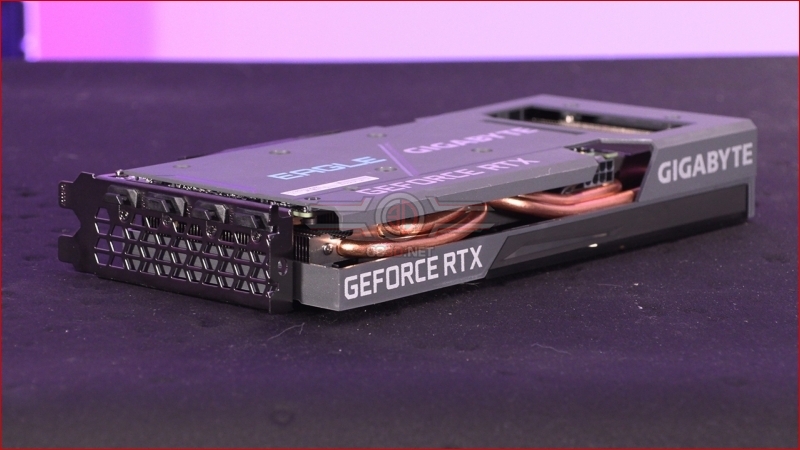