Today, we are testing this new resizable BAR implementation to see how well it works on AMD's RX 5000 series graphics cards. To do this we will be retesting a Radeon RX 5700 XT on our Ryzen 3950X-based games test system. We will be testing a variety of popular titles, which are listed below.

- The Witcher 3: The Wild Hunt 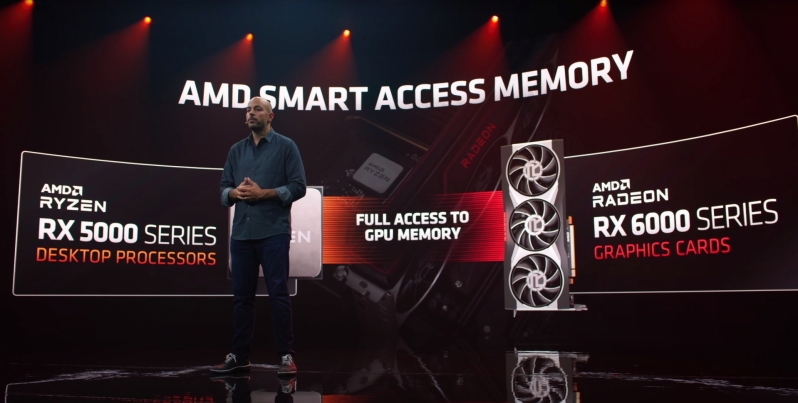 What is Smart Access Memory? Before now, CPUs had access to 256MB of GPU memory, an allocation size which made a lot of sense in the early 2000s. Since then, GPU memory sizes have exploded, with AMD's Radeon high-end RX 6000 series of graphics cards featuring a whopping 16GB of GDDR6 memory. With AMD's Smart Memory Access technology, AMD is granting their CPUs access to the entirety of the RX 6000 series' frame buffer. Thanks to this access, AMD users can benefit from increased game performance within existing titles, and developers can exploit this access for further performance gains with future game releases. This technology will allow CPUs and graphics cards to benefit from the bandwidth offered through PCIe 4.0, as increased GPU memory access will undoubtedly result in increased bandwidth utilisation. That said, it may take a while for PCIe bandwidth to become a limiting factor with some games. 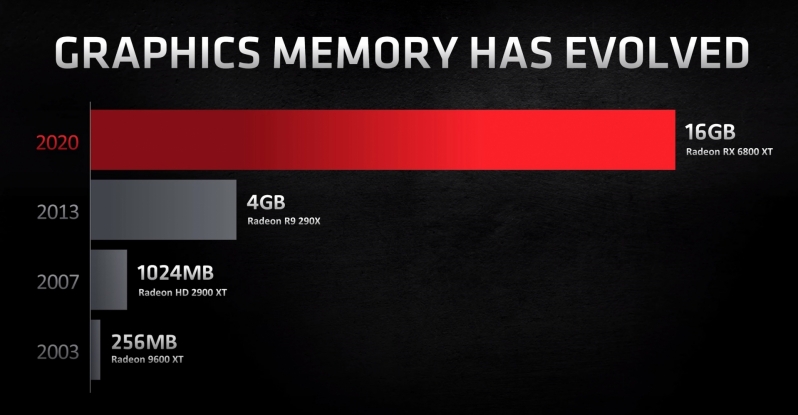 Enabling Resizable Bar on an ASUS motherboardIn this article, we will be using our standard GPU/Game test system, which uses a Ryzen 9 3950X processor with Precision Boost enabled, a Crosshair VIII Formula motherboard with BIOS 3003, 16GB of Corsair 3600MHz DDR4 memory and a Radeon RX 6800 graphics card. Below is a screenshot of the BIOS of our X570 Crosshair VIII Formula motherboard, where we can now enable an option called "ReSize BAR" with compatible processors. This feature allows AMD's RX 6800 series to utilise Smart Access Memory, giving users more system performance in some scenarios. 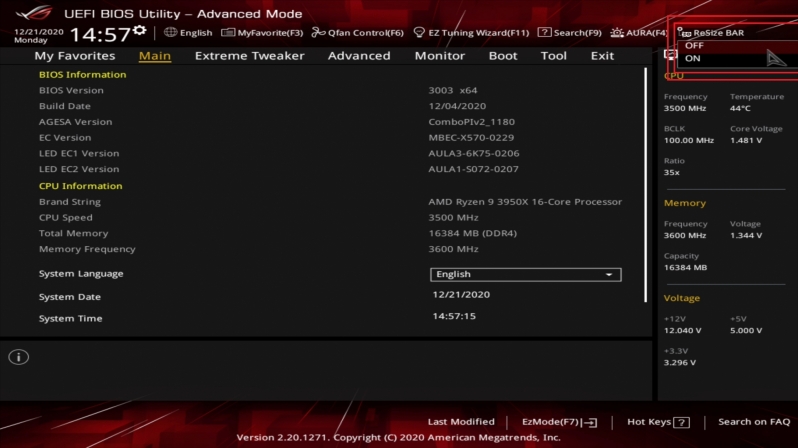 Full System SpecificationsBelow are the full specifications of our game testing system, which we built in mid-2020 to meet the needs of future games. Today we will be testing this system with PowerColor's Radeon RX 5700 XT Red Devil graphics card. Our review for this graphics card is available to read here. To help support the website, we have included Amazon affiliate links below should you wish to purchase the same or similar PC parts.

ET3D
For some reason the conclusion page is titled "Watch Dogs Legion - Resizable Bar On VS Off with AMD's RX 5700 XT".


Nice to see that SAM no longer seems to hurt performance. I wonder if it still does on some games, or if AMD fixed it such that if it doesn't help then at least it doesn't hurt.Quote

Warchild
Quote:
Might be the conclusion page was missing entirely. Looks correct now.Quote

WYP
I corrected it last night, but it was late and I forgot to reply here to confirm that it was now fixed.

Thanks for the spot ET3D.

ET3D
I only thought of it now, because Hardware Unboxed discussed SAM (and not using it) in the recent Q&A, but any chance you could test Apex Legends or Serious Sam 4 (Vulkan)? Both games lost quite a bit of performance with SAM enabled when tested by HUB in January. I wonder if AMD fixed the performance regressions since then or if they're still there. That would affect if SAM is worth turning on by default (and using it in reviews).Quote
Reply